Jerry Broderick was highly regarded by all who knew him 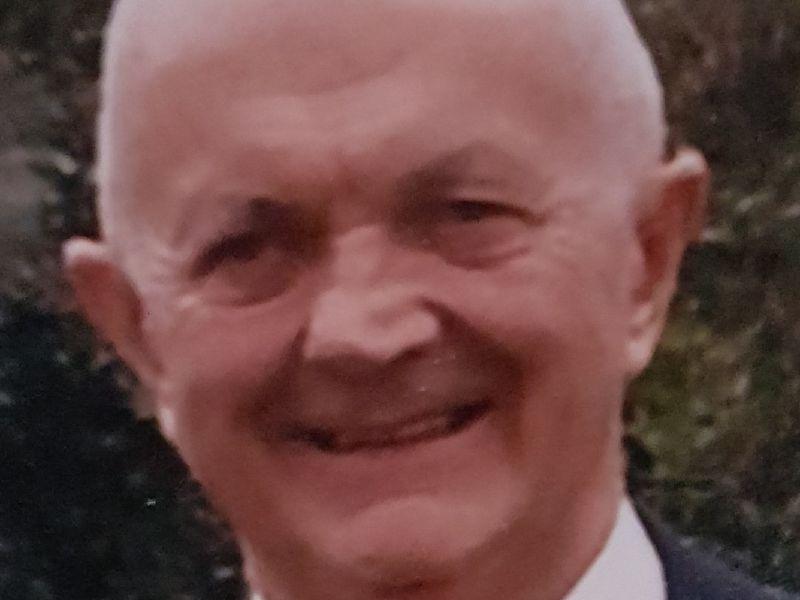 Jerry Broderick was a highly regarded and dedicated nurse whose consummate professionalism and care for patients was the hallmark of his long and personally rewarding career that began in Liverpool and took him to Dundalk.

From Castleisland in County Kerry, Jerry maintained strong ties with his native county making regular trips back there to visit family.

He was the youngest of five children of Denis and Maryann Broderick and grew up and went to school in his home place which he left in 1970 to train as a nurse at Walton Hospital, Liverpool.

On completion of his general nursing training, he continued his studies in the neurological department of the hospital. He qualified as a neurological nurse in which field he worked in Walton Hospital which served as the regional centre for neurology in the North West of England. During this time he became a tutor and mentored many students through their exams.

He remained there, where he met his future wife Katherine Fearon from Carlingford. The couple married in 1975, and returned to Ireland after the birth in 1980 of their daughter Anna, their first born, who during her short life brought much joy.

The couple were blessed with three more children, as their careers brought them to Dundalk in 1989 where they settled, making their home in Willow Dale, Bay Estate.

Jerry worked in Louth County Hospital and spent his final 15 years working in care of the elderly in Saint Oliver Plunkett Hospital before retiring in 2011, some 41 years after starting as a trainee nurse in Liverpool.

Following retirement from the HSE he became a much-valued member of the team of Cluan Mhuire in Newry right up to the day before his untimely and unexpected death.

He devoted his life to the care of others, a task that he discharged with great compassion and he endeared himself to all who came to know him. His wisdom and humor will be sadly missed by those who were fortunate enough to share his friendship.

He had the capacity to see the funny side of things, and will always be remembered for his laughter. Jerry was an intuitive person, perceptive of the needs of his colleagues, patients and all who came in contact with him. He was a trusted confidant, a good listener and enjoyed time shared with friends.

He had a natural affinity with and liked people, and the feeling was reciprocated. He was like one of his county’s most famous sons John B Keane who saw life in people and shared his love of the arts, including live theatre.

As a person of strong faith Jerry was well read, his preference in reading material being the spiritual books of Laurence Freeman, John Main and Thomas Merton which reflected his quiet, contemplative personality.

He enjoyed cooking and was an excellent singer and dancer enjoying a variety of dances including the Kerry Polka. Family gatherings were important to him where he entertained all with songs from his wide repertoire.

He also enjoyed travelling, making trips back to Kerry, and to the west of Ireland.

Jerry had a love of nature, and particularly loved watching and feeding the birds of the air.

Most of all he will be remembered for his utmost devotion to his profession and the care and attention he paid to his patients and the regard in which he has held by his peers, who will greatly miss his friendship, support and counsel.

But this will be nothing compared with the loss suffered by wife, Katherine, his children Mary, John and Kevin. He will also be sadly missed by son-in-law Alan, daughter-in-law Grace, grandchildren Molly, Emma, Séan and Āine, brother, Tommy, sister, Betty, sisters-in-law, brothers-in-law, nephews, nieces, relatives, nursing colleagues, patients and many friends.

He was predeceased by his brothers John and Timmy and nephew Dennis.

Jerry reposed at his residence prior to removal on the Thursday morning to Saint Joseph’s Redemptorist Church for Mass. The mass was concelebrated by Father Eamon Hoey CSsR who was the chief celebrant and delivered the eulogy. He was assisted by Father John Kerin, Scartaglen Co Kerry.

His wife and family very gratefully acknowledge all the help and support from family, friends and neighbours over a sad and difficult period. May he rest in peace.

“Every time you smile at someone, it is an action of love, a gift to that person a

Jerry's Months Mind will be celebrated at Mass on Sunday, April 8th in Saint. Joseph's Redemptorist Church at 12.30pm.