Rosaleen Bradley was small in stature but was mighty in spirit 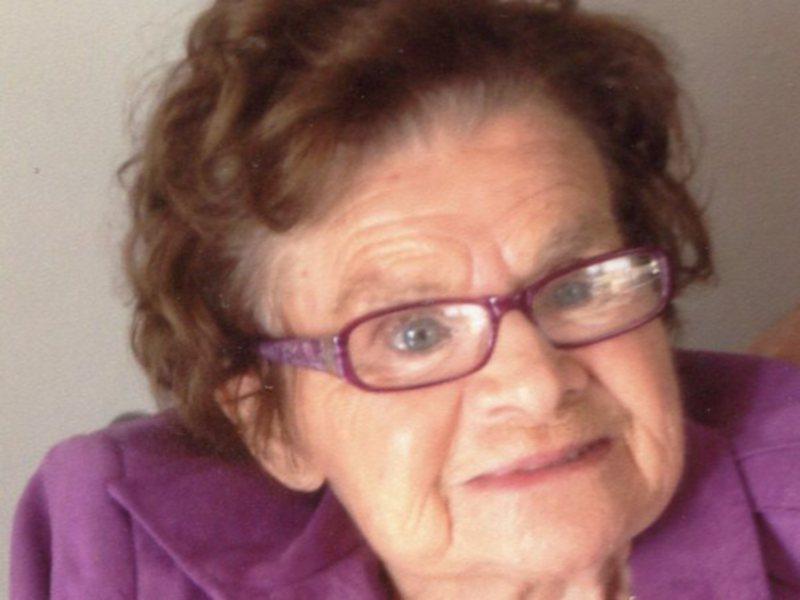 The passing of Rosaleen Bradley, Slieve Roe Crescent, Dundalk, leaves a huge void in the lives of her family.

Nevertheless, they have lots of fond memories of a devoted and loyal mother, who worked hard to raise her family of nine children.

She was originally from Broughton Street, the daughter of Peter and Rose Dullaghan.

Rosaleen received her primary and secondary education from the Sisters of Mercy, starting off in the Mercy Convent School, close to her home.

She subsequently instilled in her own children the importance of education. They all had to, as a minimum, complete the Leaving Certificate, and several went on to third-level education.

Rosaleen worked as a machinist in a local factory in New Street, before marrying, in 1953, Michael Bradley from Father Murray Park.

For 26 years, Michael drove a lorry for the CIE, Barrack Street, and when he and Rosaleen moved there in 1958, they were among the first residents of Marian Park.

The family quickly became part of a vibrant community in the estate and were happy to live among great neighbours.

Although times were hard during the ‘50s and ‘60s, Rosaleen and Michael reared a big family of eight boys and one girl, working tirelessly as a team to provide for their children.

As a typical Irish mother, she was devoted to their every need.

However, when the children were grown up, and Michael took early retirement in the ‘80s, it was the start of a whole new chapter in Rosaleen’s life.

First of all, the couple went to London to be with their daughter, Marian, who was working as a doctor in Saint Bartholemew’s Hospital.

They stayed in England for two years, and when Marian emigrated to Canada, Rosaleen and Michael decided to make the move too.

They ended up staying for 13 years, firstly in Medicine Hat and then Fort McMurray in Alberta, and while there made many more friends.

It was a well-earned retirement for Rosaleen and Michael, and they enjoyed a good life and it was a very happy time for them.

On returning to Ireland in 1999, they settled in Slieve Roe Crescent.

Although small in stature, Rosaleen was mighty in spirit. She had a strong will and personality to match and shirked from nothing.

All her hard work to raise a big family paid off, as all the children went on to do well for themselves.

For the last four years, she was a resident in Saint Francis Nursing Home, Mount Oliver, Dundalk.

She was genuinely happy and contented in a real home from home, where all the staff went above and beyond the call of duty in their care for her.

Rosaleen got on well with, and made friends with, many of the other residents and enjoyed being able to attend daily Mass and spend time in the lovely gardens.

She was predeceased by her parents, as well as her husband, Michael, brothers, Tommy, Colm and Gabriel and sisters, Mamie and Loretta.

After reposing at the residence of her son, Gerard in Inniskeen, her remains were removed to the Church of the Holy Family, Dundalk, where the funeral Mass was celebrated by Father Cormac McNamara Adm.

The readings were given by Gerard and Gabriel, and the prayers of the faithful led by Paul, Kieran, Oliver, Bernard, Marian and Amanda.

Stephen and Annie participated in the offertory procession.

A picture of the whole family, dating back to Christmas in the 1960s when Santa used to visit Marian Park at Christmas, was placed on the coffin.

Music was provided by Rosemary and Anne.

The Month’s Mind Mass for Rosaleen takes place at 11am on Sunday, April 8 next in the Holy Family Church.