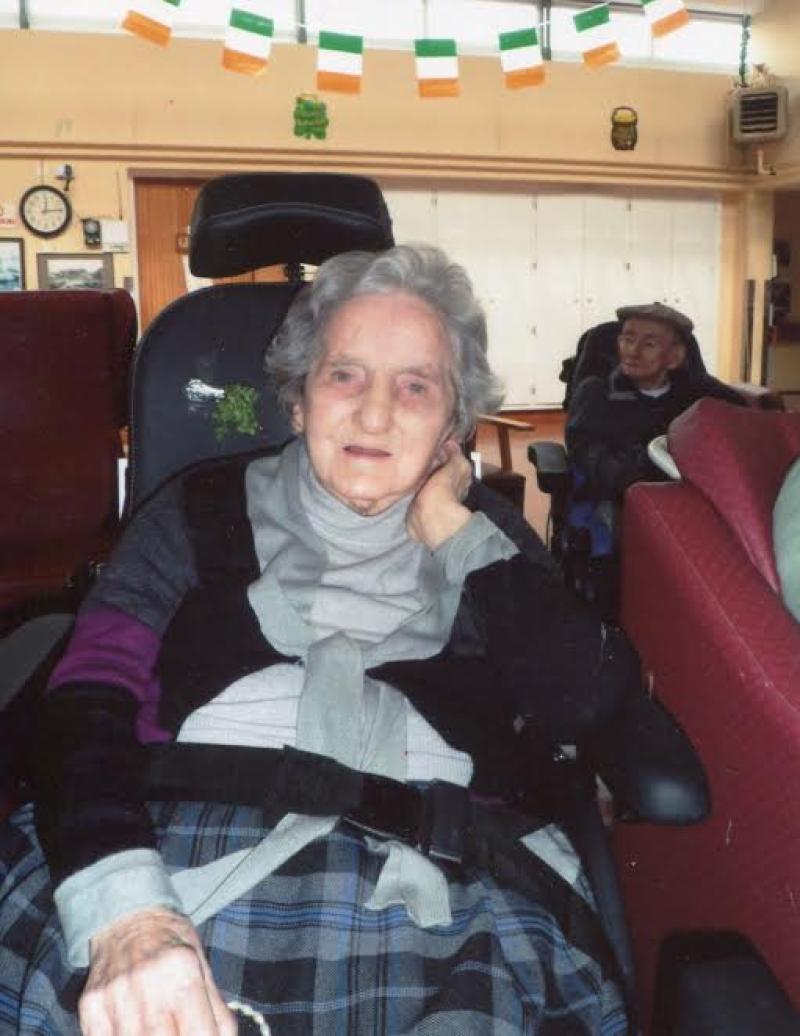 Teresa Hernan, The Laurels, Dundalk, who died peacefully in Saint Oliver Plunkett nursing home on November 11, was one of the town’s oldest residents.

She passed away in her 98th year, having been born on 2 May, 1919; one of a large family of Michael and Margaret Hernan.

Teresa was the youngest and last surviving of her siblings, and of her family generation.

Her father was originally from County Leitrim, and her mother hailed from Co. Fermanagh.

A member of the R.I.C., Michael was stationed in Larne, before the family moved to Dundalk when Teresa was aged 14.

She worked in the boot and shoe factories, which were prevalent in the town at the time, starting off in Connolly’s.

Teresa, who never married, remained in the industry until leaving to look after her parents.

She lived her long life with honesty and goodness, remembering everyone in her prayers.

She had a special devotion to Saint Anthony from an early age.

Teresa enjoyed her art classes in Saint  Oliver’s day centre, which she attended every Thursday.

She took great pleasure in her paintings and gave many of them to her friends.

Failing health led to Teresa entering Saint Oliver Plunkett nursing home, where she was attended to with loving care by the staff over the last three years.

Her passing is deeply regretted by her family, friends and neighbours.

After reposing at McGeough’s funeral home, Teresa’s remains were removed to St. Nicholas Church where her funeral Mass was concelebrated by Rev. Brian Slater and Rev. Cathal Cumiskey CSSR.