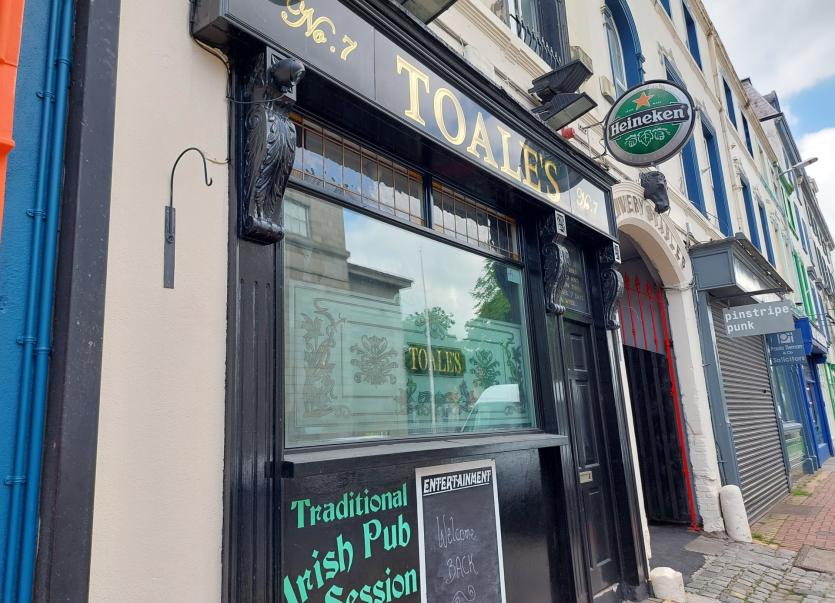 There was excitement across Dundalk today, as pubs reopened their doors for the first time this year as Covid-19 restrictions are eased across the country.

Toales, on Crowe Street, are among some pubs who reopened today, having spent the last year redoing the back to allow for outdoor drinking.

A wooden awning has been built to cover the rows of picnic benches and tables, alongside a large white marquee. Fresh flowers have just been planted, with staff member Kevin Shields saying that new flowers had to be bought just the day before.

“We planted them a while back and came in the other day and they were all dead, so we had to buy new ones yesterday,” said Mr Shields, laughing.

On the reopening, Mr Shields said that he and the entire staff were excited to get back to work.

“We’re very excited and we’re really looking forward to getting back to work and inviting all our regulars back,” said Mr Shields, saying he hoped that everything would go smoothly and that they would be able to get back inside next month.

“I’m just hoping that everything goes smoothly and eventually maybe in a month's time we’ll get inside open and it’ll be shoulder to the wheel from then on,” said Mr Shields. 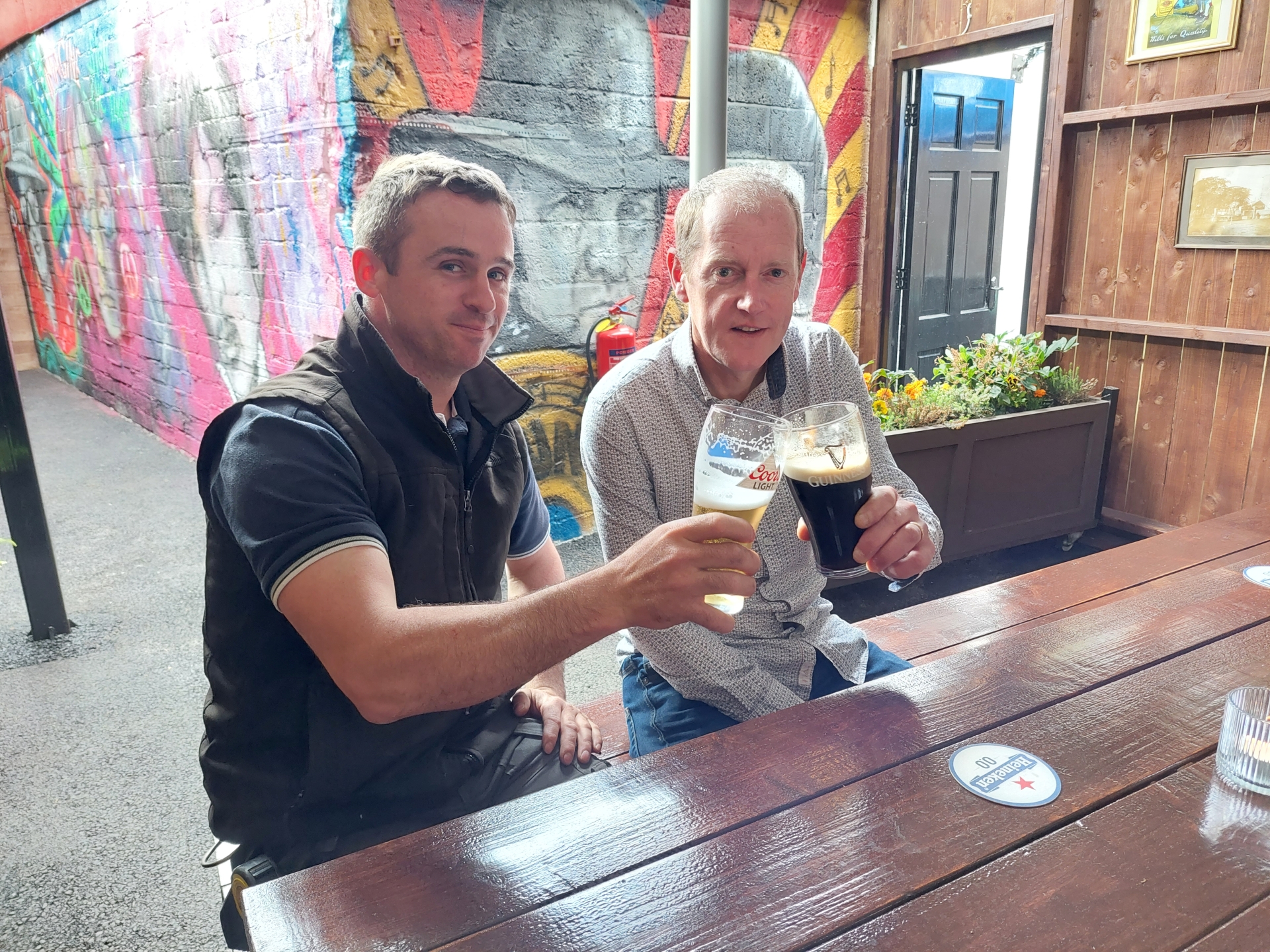 Mr Shields also mentioned that there was some nervousness around reopening, but that he was sure it would disappear as he began to pour pints for his customers once again.

Eoghan Herity, who runs Herity’s Bar in Dromiskin, said that he wasn’t nervous about the reopening but that “it’s a leap into the unknown” for him.

While he said that indoors would have been ideal for him, he understands that it’s being done for public health reasons and he’s delighted to get back to work.

“We have to start somewhere and we need to get the industry going,” said Mr Herity, saying that the government grants have been important to get him back on his feet.

Mr Herity also mentioned the lack of social interaction with his customers over the past year, saying he was looking forward to welcoming them back.

“My social interaction with my customers is something I gravely missed,” said Mr Herity.