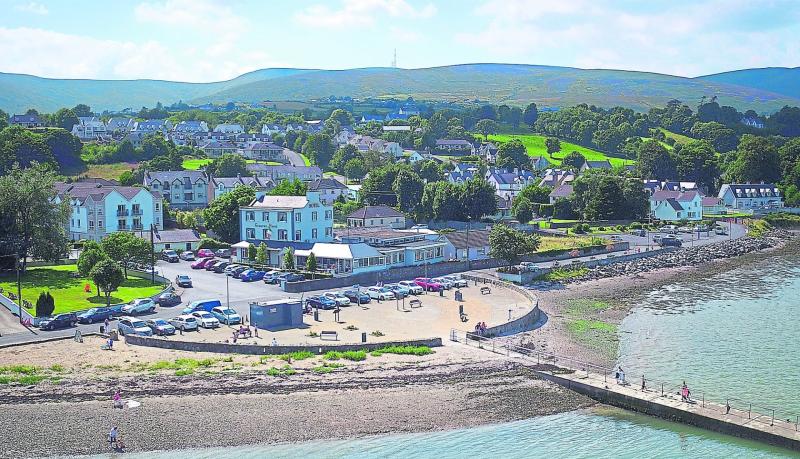 Omeath village has been awarded €2.8 million in funding for regeneration work.

The Minister for Rural and Community Development, Heather Humphreys TD, announced €75 million for 24 landmark regeneration projects in rural communities across the country.

The €2.8 million awarded to Omeath will be used to provide a pedestrian zone in the village centre and improved linkages to the Great Eastern Greenway.

The project will support the development of the village as a stop-off tourist destination on the greenway, increase footfall and support the creation of visitor-focused local businesses.

The funding for Omeath under Village Regeneration Strategy is a standout example of the Governments commitment to rural villages, Louth Senator John McGahon and Councillor John Reilly said.

Senator McGahon said: “Cllr Reilly and I have been meeting with a number of stakeholders in the Omeath community in recent months and we have a substantial list of improvements that both the Council and Government funding.

"This is a great start for the village and it’s a a real vote of confidence in the Omeath area."

Fine Gael Councillor John Reilly said:  “Since I was co-opted on to Louth County Council last year, I have made Omeath a real priority for attention.

"Omeath is an excellent community and has so much untapped potential.

"€2.8 Million is going to breathe new life into Omeath and make it an attractive and vibrant place for people to live, work, socialise and raise a family."

“This project will regenerate and revitalise the centre of Omeath providing a pedestrian zone in the village centre and improved linkages to the Great Eastern Greenway.

"I have raised the issue of funding for Omeath and highlighted numerous concerns of local residents with Louth County Council for a number of years now."