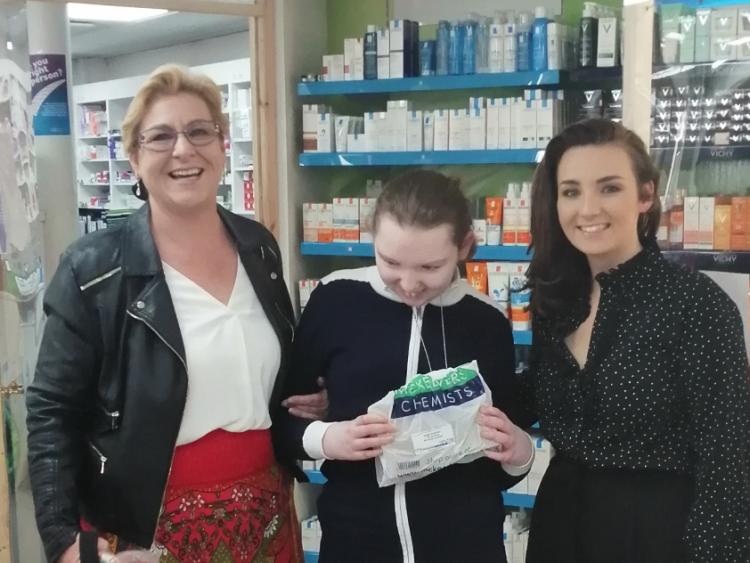 A mother has told how they have been waiting months for the HSE to reimburse them for buying medicinal cannabis under a ministerial licence that is ‘life-changing’ for her teenage daughter.

Deborah Downey, from Blackrock in Dundalk said she has been paying €600 a month for the treatment for her 16-year-old daughter Abigail McQuillan for the last seven months without getting reimbursed by the Health Service Executive, which they are entitled to.

Deborah, speaking to the Democrat, said: “Abigail has Lennox-Gastaut Syndrome, which is an extremely rare epilepsy, combined with autism and mobility problems.

“Before Abigail started taking medicinal cannabis, she was having up to 12 seizures a night – around 140 a month - which are all life threatening.

“After she started taking medicinal cannabis seven months ago her seizures reduced to 30 a month and they are not as ferocious as they were, and she hasn’t had to be hospitalised from them.

“We recently had nine days and nights without her having a seizure, which is unprecedented.

“She is like a different child now, she can eat on her own, her speech has come on brilliantly and she has a great sense of humour and her mobility has improved.

“We tried every sort of treatment before this, but nothing has worked like medicinal cannabis.”

Abigail is one of about 50 patients in the country with a licence from the Government which allows them to collect medicinal cannabis.

Abigail’s medical cannabis is supplied through a chemist in Newry from a licenced clinic in London, but many travel to the Netherlands to get it.

Deborah said they have been trying to get reimbursed from the HSE for the cost of the medicinal cannabis for months, which they are entitled to get, but have received nothing, leaving them out of pocket by almost €5,000.

Deborah said: “Most people with a ministerial licence travel to the Hague to get their medicinal cannabis, which costs around €9,500 per month.

“I get it supplied from Sapphire Clinics in London and collect it from a chemist in Newry and it costs a fraction of the price at €600 a month, but still the HSE has not reimbursed us, even though we are entitled to be reimbursed.

“€600 is a lot of money every month, my husband is on Pandemic Unemployment Payment at the moment, and I am on a carers allowance.

“I have sent in all the relevant applications, forms and Abigail’s private medical information twice and still I have not got any reimbursement for the HSE.

“It is very worrying and stressful trying to ensure we have €600 every month but seeing the change it has made to Abigail it has to be found.

“The HSE just needs to reimburse us what we are entitled to.”

He also contacted Health Minister Stephen Donnelly about the case, but it has yet to be resolved.

The Sinn Féin TD said he was disappointed that the issue had not been resolved, more than a week after he brought it to the attention of the government, meaning Abigail’s family continue to have to pay €600 a month for the treatment without any sign of reimbursement.

He said: “Abigail’s mother Deborah contacted my constituency office in December and since then, we have been working to try to get the reimbursement for the family, which they are entitled to.

“Abigail has been in receipt of the ministerial-approved medicinal cannabis for seven months for Lennox Gastaut Syndrome.

“For the last number of months, Deborah has complied with the HSE’s numerous requests for further information, from her and from the neurologist treating Abigail.

“Despite our best attempts, there has been no resolution to this case and there has still been no update from the HSE after the specific case was raised in the Dáil recently.

“Deborah has done everything possible in order to ensure the reimbursement is forthcoming and continues to have to pay the €600 a month in order to get this life changing medication for her daughter.

“The family is now having to go without in order to continue to do this.

“This is not the way it’s supposed to be for families like Abigail’s.

“They should not have to fight to get reimbursement for medicinal cannabis that has already been approved under ministerial licence.

“I am calling on the HSE to prioritise this case and ensure that reimbursement is completed as soon as possible.

“The system needs to be streamlined because it is a bureaucratic nightmare for families who already have enough on their plate.”