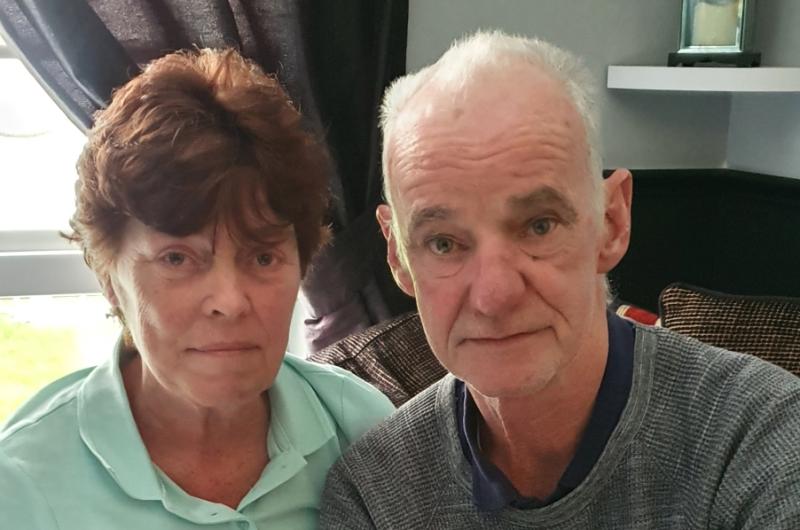 A couple had a lucky escape when their family home was engulfed in flames on Valentine‘s Day.

George and Susan Mulligan were rescued from their Muirhevnamor home after a neighbour spotted smoke billowing from their roof and alerted their son as he arrived to visit them.

The couple have been left distraught by the extensive damage which gutted the upstairs of their home.

And George and Susan, who is a frontline worker, devastatingly didn’t get a chance to get house insurance after they re-bought their home in September as they both have underlying health issues and recently had Covid-19.

The community have rallied to help the couple with a fundraiser set up to help them rebuild their family home of 35 years.

George and Susan’s daughter Regina told the Democrat: “It is just terrifying, I keep telling my parents they are lucky they are here, which is the main thing.

“The fire started in the attic and they were upstairs at the time, but they didn’t realise there was a fire as they both had Covid and they lost their sense of smell, so they couldn’t smell the smoke.

“My brother Conor was coming to visit them and was heading to the shop before he went into them when a neighbour stopped him and alerted him to smoke coming from their roof.

“As soon as he walked into the house, he could smell the smoke.

“My brother ran upstairs and opened the attic door and there were flames; he shut it immediately and told our parents to get out of the house quick.

“They were terrified and panicked and ran out of the house.

“I dread to think what would have happened if it had happened in the middle of the night and they were asleep or if the neighbour hadn’t spotted the smoke and told my brother before he went to the shop.

“It is terrifying to think about.”

Fire services rushed to the scene and it took them three hours to get the blaze under control.

“It was heart-breaking seeing my parents standing in the lashing rain in their pyjamas watching our family home burning in front of them.

“They bought the house the week they got married and we all grew up there as children.

“They sold it two years ago and moved to Kerry where one of our brothers lives but they wanted to come back to Dundalk.

“When they heard their home in Muirhevnamor was back up for sale they couldn’t believe their luck and bought it and moved back in in September.

“They used the money from the house they sold in Kerry and their life savings along with a loan to buy it.

“They were so delighted to be able to buy their home back and to be back living where they spent most of their life in, it is full of memories.

“When the house went on fire my dad refused to leave, he just stood there watching it burn saying that it was their life savings gone and their home, it was just devastating, so sad.

“My mam went to work in St Oliver’s the day after the fire, I think she was in shock and it hadn’t sunk in, but it is hitting her now.

“My dad wasn’t good at all, just quiet and walking around in a daze but he seems to be coming around.

“I keep telling them they are lucky they walked away from it and are still here and we will find a way for them to be back living there again.” 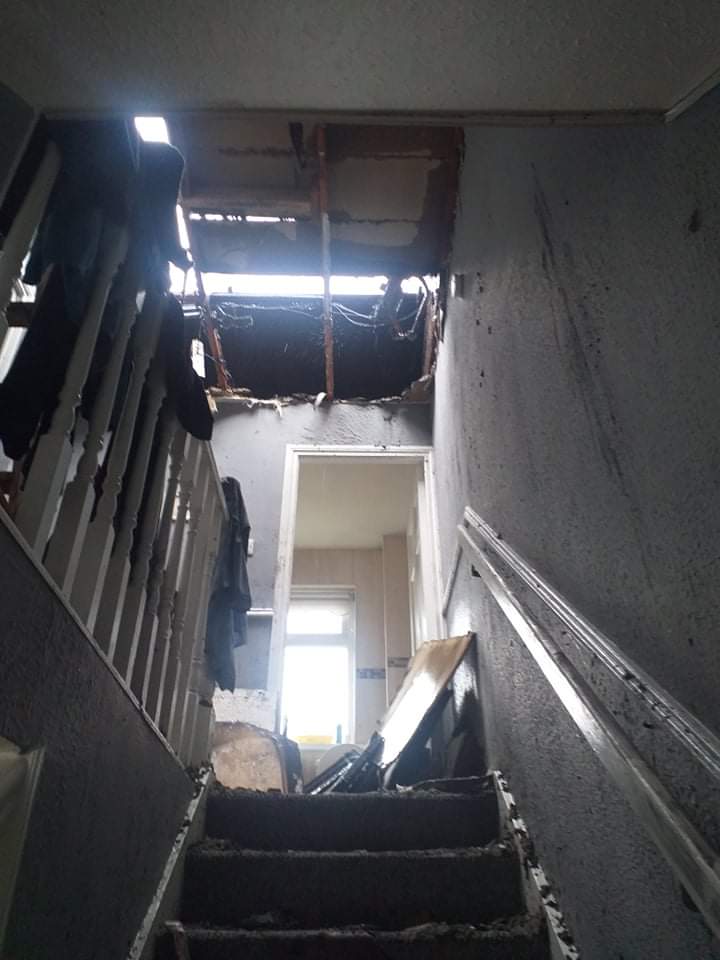 There was extensive damage done by the fire that ripped through the upstairs of the house with half the roof destroyed and the ceiling in the landing and bathroom gone.

There is also a lot of water and smoke damage done by the terrifying blaze.

And devastatingly the couple had not got a chance to get house insurance before the fire broke out.

“So much happened since they came home that they didn’t get a chance to get house insurance”, Regina said.

“I usually do things like that for them, like sorting out their banking and insurance, but I got a new job and have three children, so I was really busy.

“They were busy moving into the house and then mam got Covid and was isolating all over Christmas and then dad got it too so getting house insurance was unfortunately put on the long finger.

“They had house insurance for years and years and nothing ever happened and then the one time they didn’t get around to sorting it out this happened.”

Family members have set up a GoFundMe page to raise money to help them rebuild their family home.

“We are just so grateful to everyone who has been supporting us and helping us”, Regina said.

“Everyone has been amazing and hopefully we will be able to do all the repairs needed and they will be back in their home in the future.”

Sinn Féin councillor Kevin Meenan, who has been helping to coordinate the fundraising, said: “I appeal to everyone to get behind this Go Fund Me campaign for George and Susan Mulligan, whose house was damaged in a fire on Valentine’s Day.

“They have been through a very traumatic experience and need help to rebuild their home.

“I know the great people of Dundalk will rally around them.

“If you can make a donation, no matter how small, please do so.

“And if you are a tradesperson who thinks you might be able to offer your services, please contact me at kevin.meenan@ louthcoco.ie.”

Anyone wishing to donate can do so on the GoFundMe page HERE. Anyone who is not able to make an online payment can contact Therese on 087 7774781