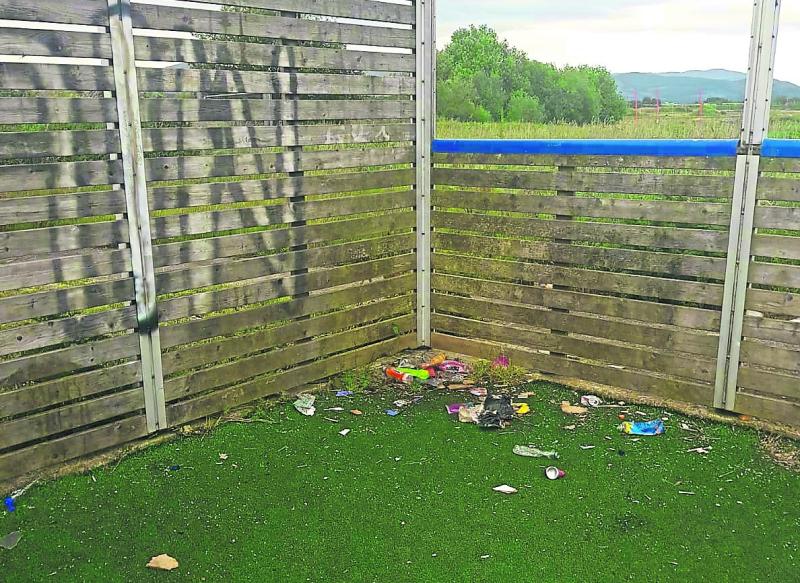 Councillor Seán Kelly has called for work to be carried out on the astroturf pitch in Toberona describing it as “an eyesore” and a “breeding ground for anti-social behaviour.

Cllr Kelly raised the issues around the maintenance and security of the astroturf pitch at the Oldbridge Estate during the Dundalk Municipal District monthly meeting.

The local Fianna Fáil councillor put forward a motion calling for Louth County Council to undertake maintenance works as a matter of urgency and secure the site for use by the local community and in particular young people.

Cllr Kelly said: “The pitch is currently in a deplorable state, it’s an eyesore for the community and a breeding ground for anti-social behaviour.

“With some investment from the Council and if it was properly secured, local residents would be happy to assist with the upkeep of the facility for the benefit of all the residents in Oldbridge.

“We cannot build infrastructure and then just walk away from it, there must be budgetary provision for upkeep.”

Councillors Maeve Yore, Conor Keelan and Tomas Sharkey also spoke in support of Cllr Kelly's motion and the need for investment in the local amenity.

Cllr Keelan said: “It is a minority who left this facility that could benefit all residents in its current position.

“We need to implore the relative Government departments and indeed maybe the FAI for other grants to see if they could provide help with funding.”