DkIT Students have exam results withheld due to dispute 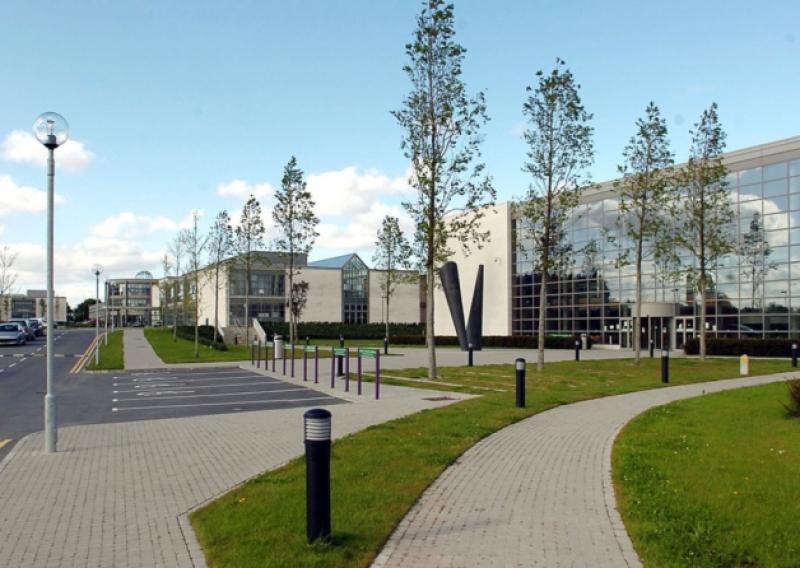 Students at the DkIT have had their exam results withheld due to lecturers engaging in industrial action in a dispute over a range of issues at the college.

The Teachers Union of Ireland (TUI) Branch at Dundalk Institute of Technology said they have taken industrial action as the college’s executive have failed to honour commitments made last November.

The union – which represents lecturers and researchers – said the institute’s executive signed an agreement to “improve the functioning of management bodies” and “commence talks to pursue Technological University status”, which the TUI said it has not done.

The union said the industrial action is “entirely due to the intransigence of the DkIT President’s office” and lessons have not been disrupted.

The DkIT Students’ Union have told how their exam results are being withheld, while the Dundalk IT TUI Branch have said the action can be “swiftly reversed” should the DkIT Executive agree to return to talks at the Work Relations Commission (WRC).

“DkIT’s Executive signed an agreement in November 2019 that was lodged with The Higher Education Authority (HEA) and the Workplace Relations Commission (WRC)”, Kenneth Sloane of Dundalk IT TUI said.

“It committed the Institute Executive to immediate action on a number of issues including improving the functioning of Management Bodies and the commencement of talks with other Institutes of Technology with the view to swiftly identifying a preferred partner with whom to pursue Technological University status.

“To date the DkIT Executive has failed to honour the commitments made in this agreement.

“While subsequent industrial action has forced some progress on the Technological University issue, senior Management bodies remain dysfunctional due to the DkIT President’s refusal to permit Senior Managers to table items for discussion or permit the open discussion and recording of different opinions.

“Consequently, major items of concern to Senior Managers have gone undiscussed and unaddressed and subsequently impacted negatively on DkIT strategic and operational functions.

“The TUI has engaged in lengthy negotiations with the DkIT Executive in a process facilitated by the WRC to develop an agreed Terms of Reference that would restore the functioning of Management bodies in accordance with good Governance best practice, however in December 2020 the WRC concluded that there was no basis to continue these discussions due to the DkIT Executive’s unwillingness to reach a compromise on these basic issues.

“Therefore, regrettably, the TUI has had to reimpose industrial action due to failure of management to fulfill its commitment made in the November 2019 agreement.”

Mr Sloane said they are “keenly aware of the stress this may place on students” but highlighted the action has “not disrupted the delivery of lessons and has been specifically calibrated to have a minimal impact on students’ day to day learning”.

“The action can also be swiftly reversed should the DkIT Executive agree to return to talks at the WRC”, he said.

“The TUI has communicated to the DkIT Executive and the WRC our willingness to return to and continue talks.

"The statement by the Institute that they ‘are working with all parties to find prompt resolution’ is false.

“At present Management are not currently in talks with the TUI or WRC and have not signalled an intention to re-engage in negotiations."

DkIT SU President Taidgh Kavanagh said students have been left stressed about not receiving their exam results and urged the institute’s President Dr Michael Mulvey to return to talks.

“We have had the worst year due to Covid-19 restrictions affecting our social direction, Erasmus opportunities and all of our normal college experiences.

“Now we can’t get our exam results and as far as we are concerned it is down to the college President and management who are refusing to sit at the table and find a solution.

“Students are being caught in the crossfire, and it isn’t fair.”

A statement from the DkIT insisted that “management within the Institute are currently seeking swift and appropriate resolution to industrial action by the Dundalk Branch of the TUI”.

“The Institute will continue to endeavour, as it has done since notification of this industrial action was issued, to reach a suitable pathway forward that will recognise the rights and interests of the parties concerned.

“All staff at DkIT remain committed to ensuring the continuation of teaching and learning and all other associated services at this challenging time.

“The welfare of students remains the utmost priority and every effort is being made to ensure further disruption can be avoided.

“It is highly regrettable that there has been a delay in some students receiving their winter examination results as a result of this action.

“We are working with all parties to find prompt resolution and expect students to receive their results shortly and via the normal channels.”