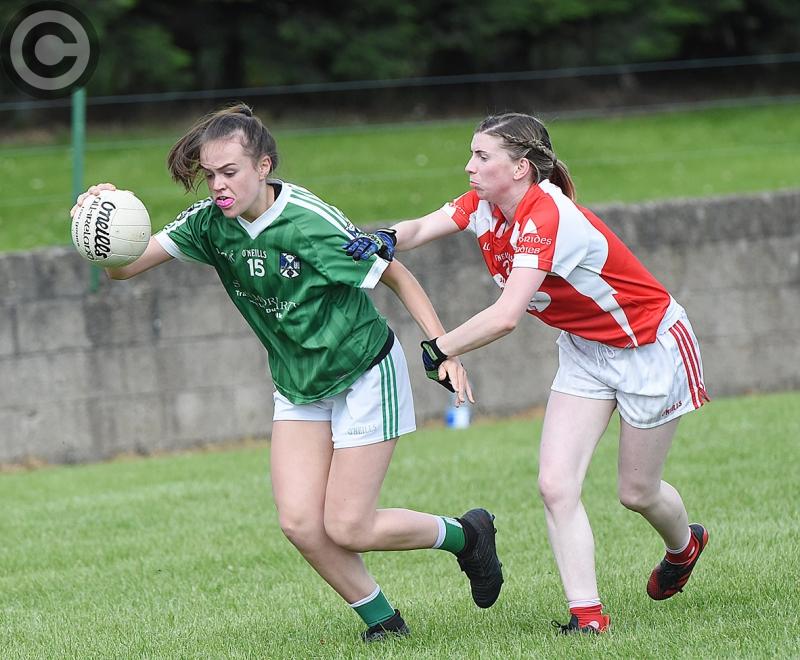 Geraldines 3-18 St. Bride’s 2-6
Ava Kieran fired two goals as senior championship holders Geraldines got off the mark with a comfortable derby victory against St. Bride’s in Haggardstown on Sunday morning.

Paula Lavin’s charges were always in command of the encounter and led 2-13 to 0-2 at the interval, Kieran and Louise Corcoran finding the net.

Gers got off to a fine start with Rebecca Carr and Lauren McFaul converting three points apiece, while Fionnuala Cafferty also got in on the act.

The scores continued to flow for the hosts after the break, albeit Fra Fagan’s Reds offered a stronger account following the change of ends.

Kieran put gloss on the scoreline from the 2018 league champions’ point of view with a third three-pointer, but the affair ended on a sour note for Gers when county defender Holly Lambe-Sally sustained an injury. 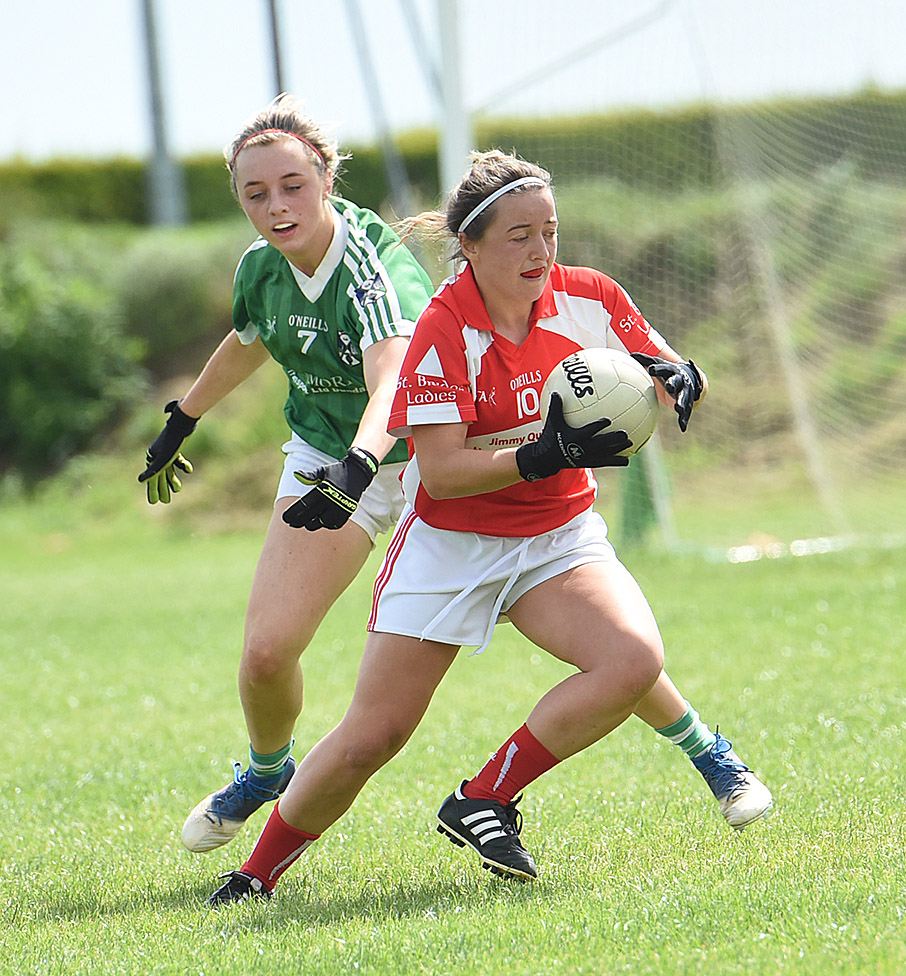 Stabannon Parnells 0-4 Newtown Blues 6-13
Blues were comfortable winners over a weakened Stabannon in mid-Louth on Sunday with Laura Collins especially impressive for Blues in attack.

The midfielder’s major helped Fechin’s to lead 1-3 to 0-2 at the interval and wind-aided for the second period, The Hoops pushed on for a comfortable victory with full-forward Catherine McGlew catching the eye with 0-4.

Sara Moore’s speculative shot hit the net as Fechin’s stretched their lead to double-digits not long after the break and while Kate Flood broke through to score Pats’ goal, the Lordship charges never threatened Fechins’ superiority.

The visitors led 0-9 to 1-2 at the interval but, aided by the gust, Cooley prevailed, Lauren Boyle hitting 0-7.