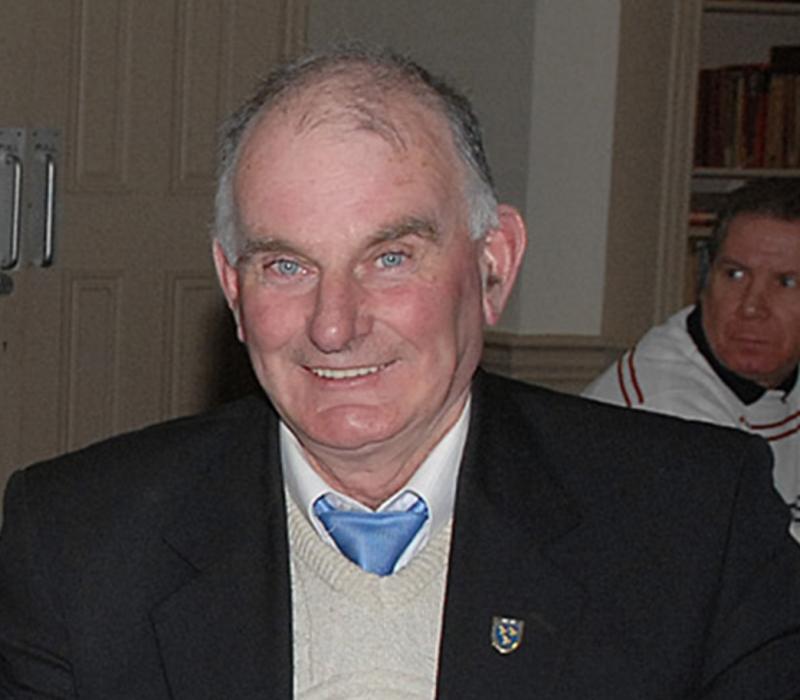 CLUB
St. Kevin’s. Founded by a few, catering for many.

FIRST MEMORY OF YOUR CLUB
In 1957, watching the team winning the Second Division Championship from the bank in Ardee. At the time, I was a player with one of the club’s nearest rivals (Lannléire). I had an attraction in Philipstown so I decided to join the Kevin’s!

BIGGEST RIVALRY & WHY?
Several clubs come to mind, but in the ’60s it would have been St. Bride’s. Those meetings were always something to look forward to and there was very little between the teams. In 1967, Bride’s beat us in the championship final and two weeks’ later, Kevin’s beat them in the MacArdle Cup final. Both games were won by only two points.

BEHIND THE SCENES HERO
There are many I’ve met over the years, but one stands out. Patsy Mulroy. He spent many years looking after Páirc Uí Mhuirí and gave so much time in caring for the pitch and surrounds; building the foundation of what it is today.

MOST MEMORABLE WIN
The MacArdle Cup final in Dunleer in 1965, versus Naomh Fionnbarra, who were odds-on favourites. It was the breakthrough for the great team which won three MacArdle Cups on the trot and reached the final for a fourth time before being beaten by Cooley in a replay.

YOUR KEVIN’S IN THREE WORDS
I had picked Blood, Sweat and Tears, but to me, the Kevin’s are, To Be Enjoyed.

BEST MEMORY OF SUPPORTING LOUTH
It stands out. In the Nally Stand on All-Ireland day in 1957. My ticket came via the Báile Philip minors and to us those players weren’t just players, but our heroes. Like many others leaving Croke Park that day, I felt we’d be back soon again to collect Sam.

BEST PLAYER YOU SAW PLAYING FOR LOUTH
Has to be Paddy Keenan.