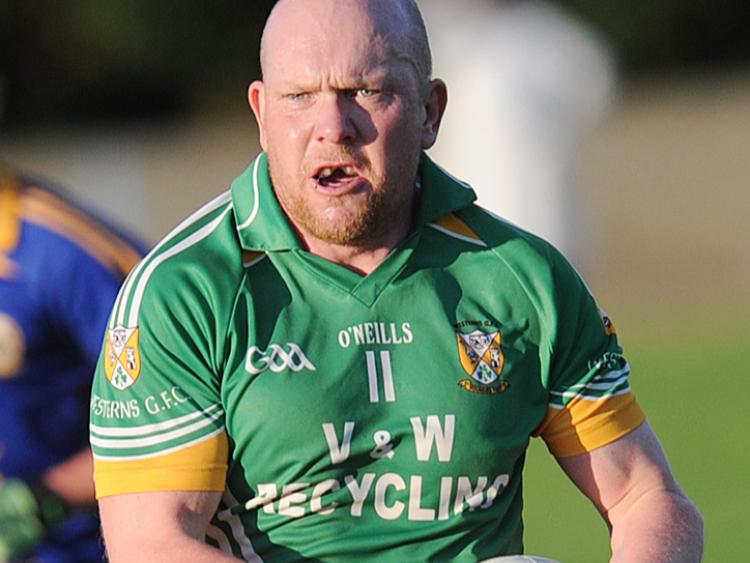 Trevor Baylon has represented Westerns with distinction for over 20 years and also had a spell on the Louth panel. (Pic: Arthur Kinahan)

FIRST MEMORY OF YOUR CLUB
When I signed to Westerns in 1995 (from Sean McDermott’s) and they welcomed me to the club as if I was there all my life.

WHY?
They’re in the same parish and have been in the same league for most of the time I played; we had some serious battles over the years.

BEHIND THE SCENES HERO
Pat Duignan – always in the background and supporting the club in whatever way was needed.

MOST MEMORABLE WIN
Win against St. Bride’s in 1997 in the junior championship semi-final. No-one gave us a chance that day, but it was one of the best teams I ever played on; one which, unfortunately, didn’t fulfil its potential.

WE STOLE IT OFF xx IN xx
We beat Sean McDermott’s in Reaghstown in 2004 and we were behind for most of the game. We scored a penalty and a point to win it in the dying minutes which was vital as it put us on track for a crack at promotion that year.

But, to be honest, through the years, we’ve had more games stolen from us, and vital ones at that!

MY WESTERNS XV OF ALL-TIME
Picked from when I joined the club in 1995 to date.

BEST MEMORY OF SUPPORTING LOUTH
1991 Leinster quarter-final, Louth vs Kildare, in Drogheda; Stefan White, last-minute goal. I was only 13 at the time but still remember the ground hopping.