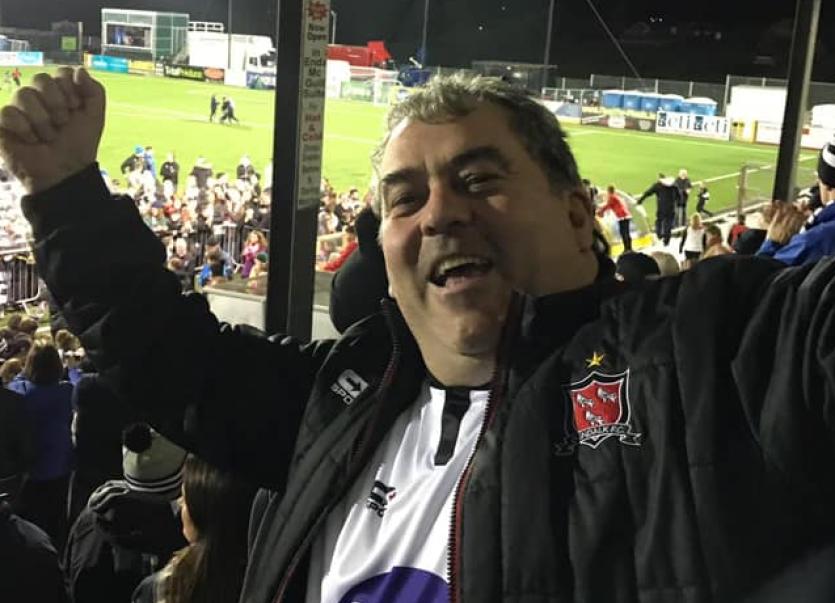 Jim Murdock was part of a cosy, if merry, band of supporters that travelled to St. Petersburg for Dundalk FC’s Europa League group stage encounter with Zenit in 2016.

Jim Murdock was part of a cosy, if merry, band of supporters that travelled to St. Petersburg for Dundalk FC’s Europa League group stage encounter with Zenit in 2016. A member of an even more exclusive branch involving Gerry King, Gerry Curtis, David Caldwell et al that passed the night before the game away in a downtown watering hole.

The Wild Duck pub became the hub of that trip, your writer and the Argus’ Lilywhites correspondent James Rogers arriving in fresh from the Wednesday journey across Europe to pass away the late and subsequently early hours, taking enough mental notes to fill The Irish Times’ Irishman Abroad column for the best part of a fortnight.

Mr Murdock recognised me straight away - “Eamonn Reilly’s son” - not that I had the foggiest who he was. How could I? He had left for Germany almost 30 years previously. But let’s just say that night was a lesson in how to catch up on a life you didn’t know you had missed.

The same could be said for our conversation last week. Jim now lives in Augsburg with his wife, Dianne; daughter, Abee; and son, Bett; owning and running two pubs in a city of around 300,000, Murdock’s and O’Sullivan’s. 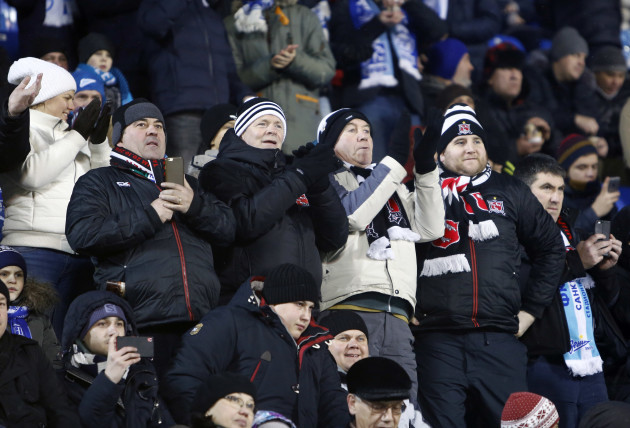 It’s a trade he gradually got into, having originally relocated to Germany as an ABB engineer, the company whose Dundalk base he had previously worked in with his former neighbour, Eamonn Reilly. Funny that should come up.

“Myself and your Da were on a few jobs together,” Murdock says, laughing.

“When Eamonn was out here in Augsburg on a job in 1999, I got sent down to straighten something out elsewhere in the factory. It was quite funny actually, I didn’t know how to get into the mill and the mill was being built, so I broke in and the first man I met was your dad.

“I says, ‘I haven’t got a clue! I came across some field and broke in somehow’.”

Take the man out of Kilcurry, but not Kil… 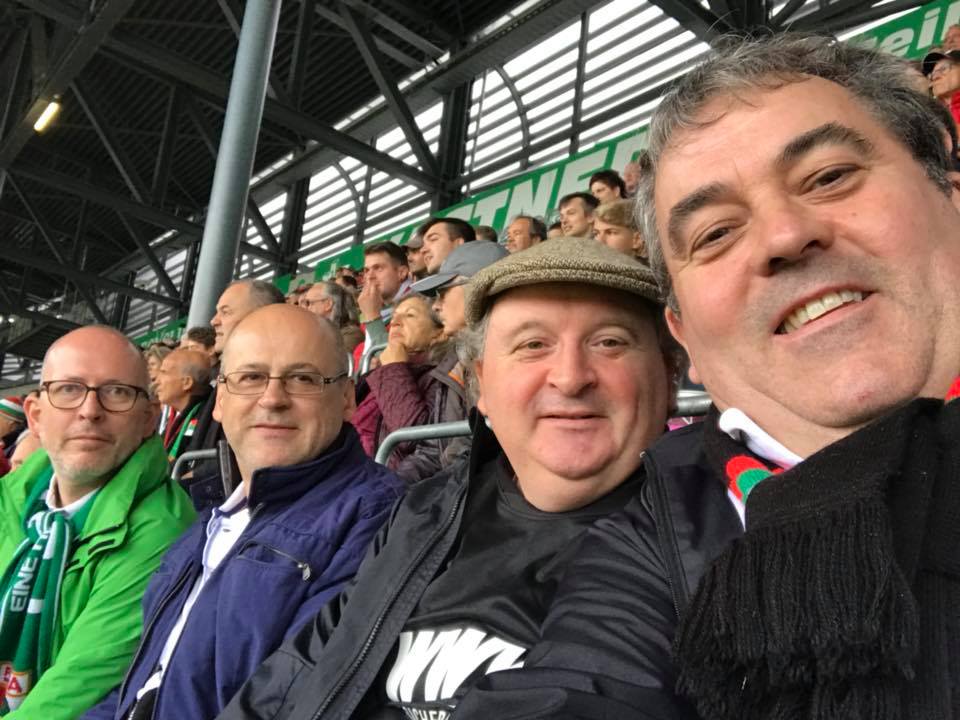 Germany, he declares, is trying to come to terms with Covid-19, like everywhere else, only their coping mechanisms are typically better. The pubs - including his - have reopened and the Bundesliga, German football’s top-flight, is four rounds into its comeback.

Murdock is a season ticket and stakeholder in the local, fan-owned club Augsburg, who look safe for another campaign in the upper echelon of the national division despite a managerial change which hasn’t exactly brought the desired stability.

Supporters were offered part of the ticket outlay back on point of the games returning behind closed doors, though the option has largely been declined.

“It was our only possible way of showing solidarity with the club,” Murdock adds.

“We’ve had a couple of managers in the last few seasons and I didn’t understand them at all. Martin Schmidt from Switzerland had a run with a couple of other clubs but didn’t last and I couldn’t see the pedigree at all. The new guy, Heiko Herrlich, I know nothing about him and he’s brought in players that I’d never heard of.

“We need another three points, I reckon 34 points will get us safe. We should’ve picked those points up against Paderborn, who are at the bottom. To win in Schalke was a brilliant result, but Schalke are not playing well, playing worse than we are.

“I think we’ll be lucky to hold our place, stay in the top division, get our money, regroup and see how it’s going to go for next year. 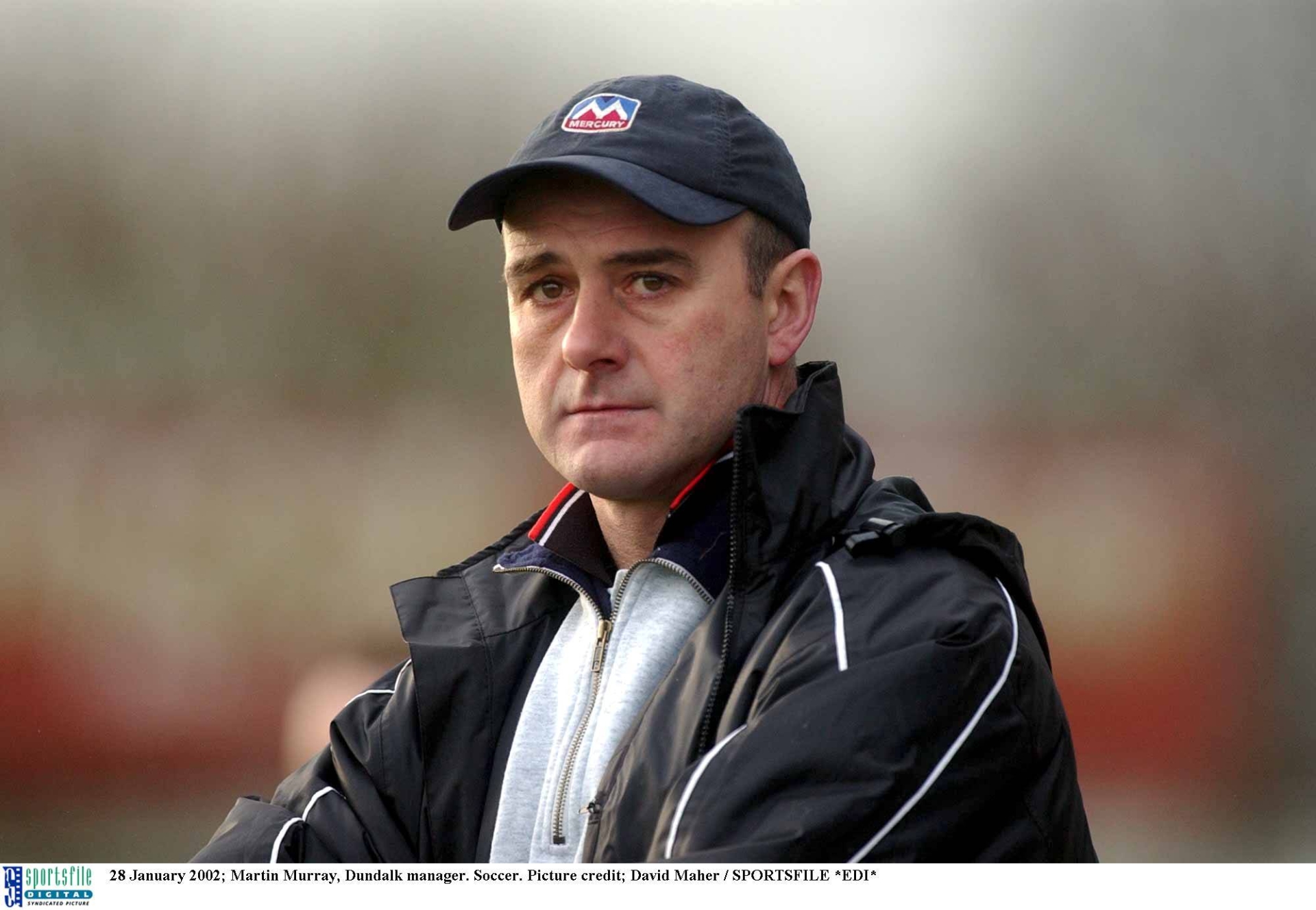 “Whereas it’s going to be a massive trial for Dundalk now to keep the thing rolling.”

The landlord remains closely in touch with events at Oriel Park and has been generally a permanent fixture on European away days since taking in the 1-0 defeat by Liverpool at Anfield in 1982.

“Football is fantastic. You meet people and I’ve met so many good people all through the years on the trips and it’s sort of what I live for.

“After Anfield, the next trip I went on was when we played Wettingen in Switzerland in the late ’80s; I drove down from where I was in Germany, but there wasn’t a bed to be got in the whole area and Martin Murray went around all the players to ask if there was a bed for me.

“He came up with one and I can’t remember which of the players’ rooms I was sleeping in, but I was that drunk the boys said I kept them awake all night. I had to be up at eight o’clock to go to work and I don’t know how I got it into my head that I was going to go to work because I was gone.

“Martin was the manager the next time I went, against Varteks in 2002. Myself and a mate made a bet that if either Dundalk or St. Pauli qualified for Europe we were going. St. Pauli were going well at the time but didn’t make it and Dundalk beat Bohs. I ended up with Martin in Varteks and we’d great craic. Any chance I could get to go I would go.”

And, in more recent years, Augsburg have scaled the heights of European football, qualifying for the Europa League the season before The Lilywhites managed it, only going a step further in securing progression from the first round proper.

They drew Liverpool, Murdock’s third love, and so the Dundalk native came to an agreement with some of the travelling brigade that frequented his pub, offering his tickets for the German leg if he got theirs for the return fixture on Merseyside. Agreed, and the relationship has flourished since.

“I got to know Liverpool fans, lads who’ve taken me to Madrid and Kiev in that I’ve paid my way but they’ve organised the tickets.” 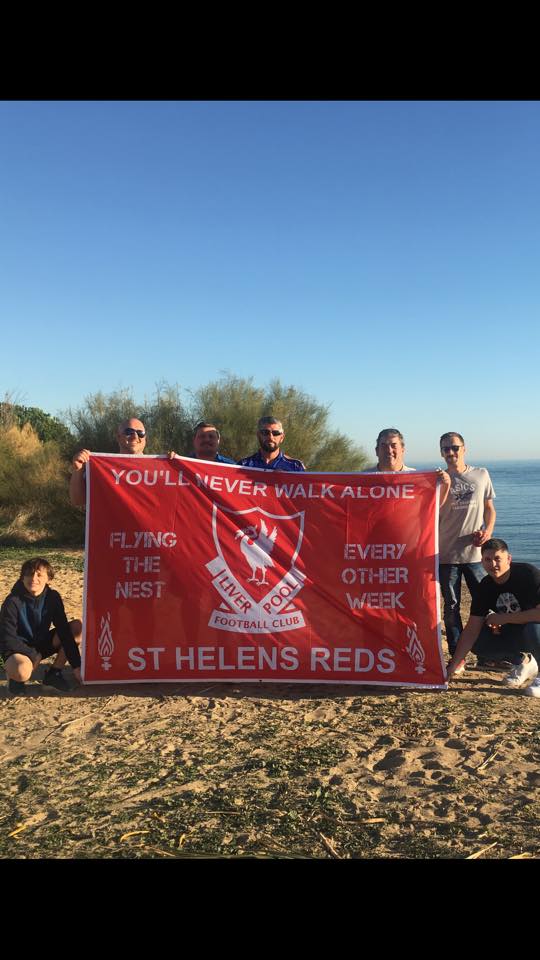 Ice-hockey and football are the main sports in Murdock’s pocket of Bavaria, yet there is a local GAA club of which he’s a member, Augsburg Rome Ogs. We’ll have to organise a challenge match with Roche Emmets at some stage.

It’s a tenuous link to home which has, perhaps, helped him accustomise to living abroad and setting down such firm roots.

“I loved Augsburg and I was never stuck for a day’s work. I’ve been here for 30 years, have never been unemployed and never thought I would be... then comes along Covid. I might be talking to you in six months’ time and looking for a job!”

Social distancing regulations and Sky’s hike in subscription costs haven’t helped either, nor has the local authority’s road works on the street on which Murdock’s is based, which have now moved to right outside his front door. Fort Knox is easier to access for the time being.

He’s been in the pub game for 26 years, since he opened his first outlet, The Carlingford Arms, in Lahr in 1994, a project which complemented his engineering company. Two years later and Hotel Sonne in the Black Forest came under his control, going from 100 beds to 150 upon its 1998 rebuild.

Indeed, Kilcurry’s Siobhan McKeever, owner of Peter O’Hagan’s pub, took a party out to Murdock on a few occasions as he retained his links to home.

Amid his trip through time, though, there looms the ultimate question: The language barrier, how did he overcome it?

“It wasn’t really something that bothered me because most of the engineers spoke English and they all wanted to speak English with you when I came over.

“I’d a double whammy really because the Germans sent me to manage three projects in Switzerland and after six months my boss came on to see how my German was coming along.

“I said, ‘well, the Swiss don’t speak German’. They’ve a language of their own, Swiss-German, and it’s terrible. If you think the Irish accent is bad, you’d wanna listen to the Swiss!

“But it worked out. Every night I’d take my books out and start studying. I thought I’d never learn it, but then I got a job in Karlsruhe for a few years and all of sudden it clicked. There I was speaking German; I’m fluent now, can read and write it. It’s all good.”

Indeed, life has moved on since those days and the country is all the better for it.

“I was working in East Germany when the wall fell and I had to come back on the night it officially was knocked. They were giving out money to East Germans that crossed the border.

“These are things that you can’t take away. To be in Germany when the wall fell, I was delighted. There were strange times working in East Germany because the people had nothing and even for us working there, if you didn’t have a tube of Coleman’s mustard with you, you weren’t eating anything. It was pretty bad.”

Now mustard is used solely for the hamburgers Murdock sells to his customers.

The magic of life, and where it can take you.