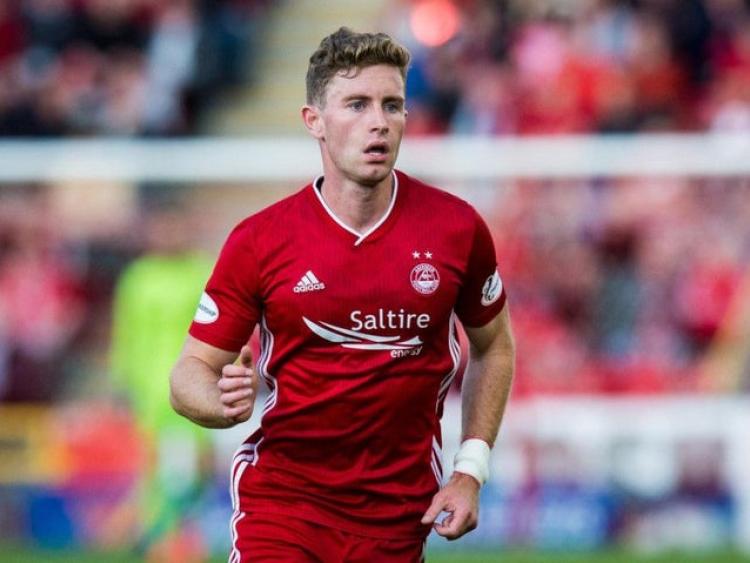 The Blackrock man has returned to Atlanta United, who are under the watch of former Dutch star Frank de Boer, following a successful loan spell with Aberdeen. But, with the MLS campaign under the cosh, training at a distance is about the height of pre-season activity.

There is talk of a mini-tournament being held in Orlando in conjunction with the league’s overseers and ESPN, though with nothing confirmed, Gallagher’s lengthy wait for a game goes on.

Nonetheless, the 24-year-old reckons he’s all the better for his year in the Scottish Premiership.

“I feel like I’ve made great strides in the last year or so,” Gallagher told The Democrat. “I wasn’t getting my opportunity with the first-team here, I’d been on the bench a couple of times but hadn’t made my debut, and it was getting to the point where I felt like I needed to take that next step in my career.

“Once Aberdeen came knocking, they were pretty happy to let me go. It was a brilliant opportunity, I got to play in Europa League matches back in July and August, and a very good league in Scotland.

“I got 30+ games and the hope is now to impress the manager here. It’s a little difficult because we don’t know what’s going on, but I’m still hoping to show him that I’ve made a lot of progress over the last year.”

The Dons will finish the 2019/20 season in fourth following the SFA’s decision to draw the campaign to a premature close in light of the pandemic. Indeed, since the first match call-off in mid-March, Gallagher has been back in the States.

However, he can’t help but feel that Derek McInnes’ men could have done better in terms of their place in the standings.

“There’s still that feeling that we could have gone on and beaten Motherwell to third. We’d so many injuries and I think that was one of the main issues.

“I came in as a full-back, but my first game I had to play as an eight - I’d never played as an eight in my life. I did well so the manager kept me there for quite a few games. Experience maybe got the better of me at times in that I was learning a new position in a league that demands a lot more of you than America in terms of its physicality and pace.

“There was that adjustment, but I feel like I’ve become a much better player and I’m really happy that I took a chance and did it.”

Gallagher’s only goal during his term in Scotland came against Rangers in a 2-2 draw at Pittodrie. It was the highlight of a season in which he got to sample surroundings inherently different to those in the US.

“You could feel that it was such a big club. The first game, the atmosphere, it’s just a completely different experience to over in America. It’s more hostile and the fans are more passionate.

“You go away to somewhere like Hearts or Rangers or Celtic and you’ve got thousands of fans all against you. It’s something I had to adapt to, but I loved it and I don’t know many footballers that wouldn’t enjoy it.”

His Atlanta contract runs until the end of 2020 and he isn’t ruling out a move back to Europe in the future.

“I’d keep an open mind. I’ve moved throughout my career so if the right opportunity comes up in the future you’re not going to say no to anything right away.”