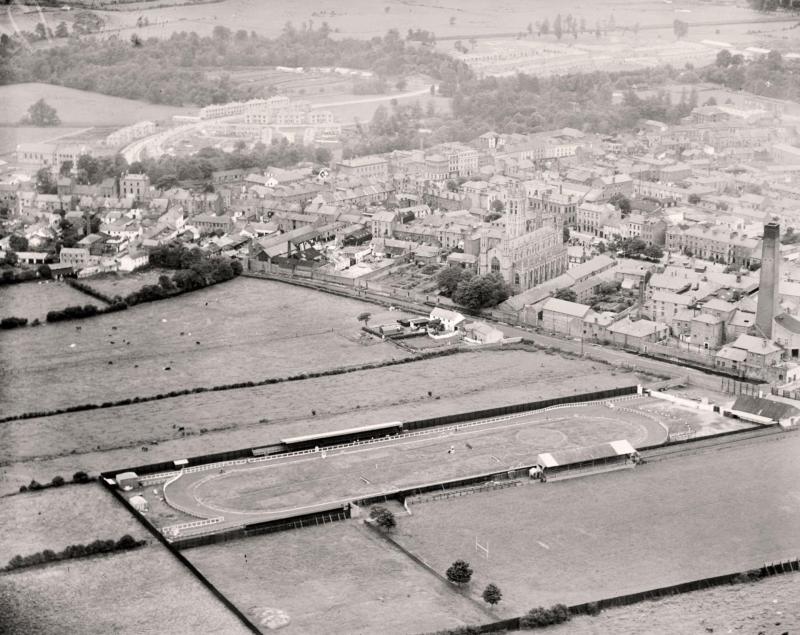 Two Dundalk sports venues, both belonging to the past, can be spotted at the bottom of the accompanying photo.

Two Dundalk sports venues, both belonging to the past, can be spotted at the bottom of the accompanying photo. They stand beside each other on The Ramparts, one of them having staged its first fixture in the late 1880s, the other in 1932.

The younger generation of readers might have difficulty in identifying the Athletic Grounds, but it was just 20 years ago that the dog track ceased operating, to be replaced three years later by a spanking new stadium in Dowdallshill.

A brief history of the Athletic Grounds. It was bought by the Dundalk Young Ireland Society as a venue for its football team, who represented Louth in the first-ever All-Ireland final played that same year. Four years later, as the fledgling GAA struggled to gain popularity here and in many other parts of the country, it was sold to  Dundalk Athletic Club. However, with an upsurge in football and hurling interest, the society bought it back in 1904. 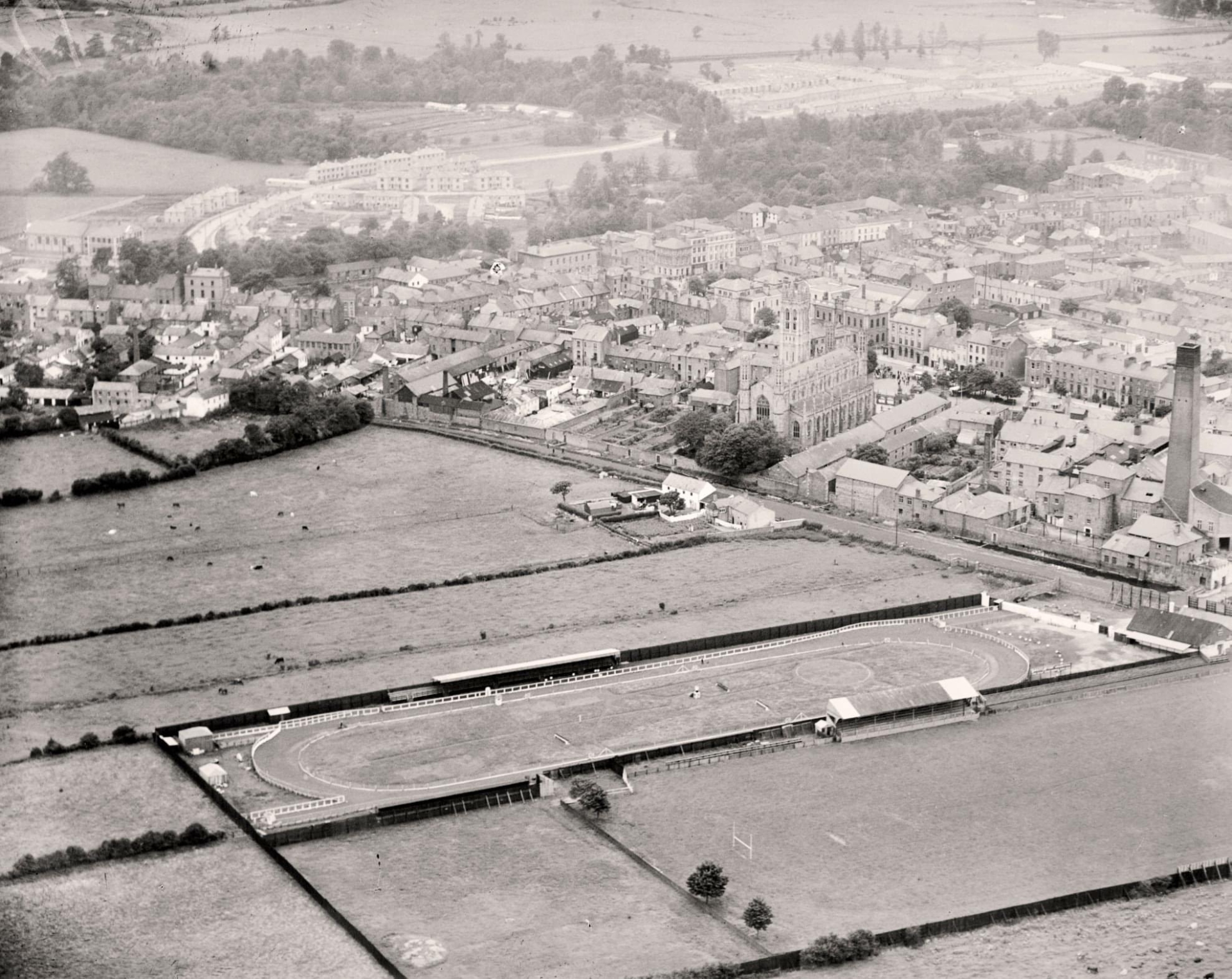 A condition of the sale was that other sporting bodies would have access to the grounds, thus the reason why up until its closure in 1960, it housed soccer, rugby and athletics, as well as GAA matches. Had the Louth County Board or Dundalk CBS been successful in their bids to take ownership in the 1950s, you can only imagine the stadium it would be today.

The grounds was also the venue for greyhound racing soon after the introduction of the sport to Ireland in the late 1920s. But because the bends couldn’t be cambered due to the other sports being played there, the venue proved itself totally unsuited to racing.

Enthusiasts didn’t have long to wait for a replacement, nor did they have to travel any further than before. A new track was laid next door to the Athletic Grounds, the first meeting going ahead there on Monday, April 18, 1932.

Racing continued non-stop after that for almost 70 years, the venue gaining recognition beyond these shores with the introduction in 1968 of the August 15 highlight, the International. Its final meeting was held on November 17, 2000, and after a three-year hiatus, the longtails were back again, strutting their stuff at the new Dundalk Stadium. 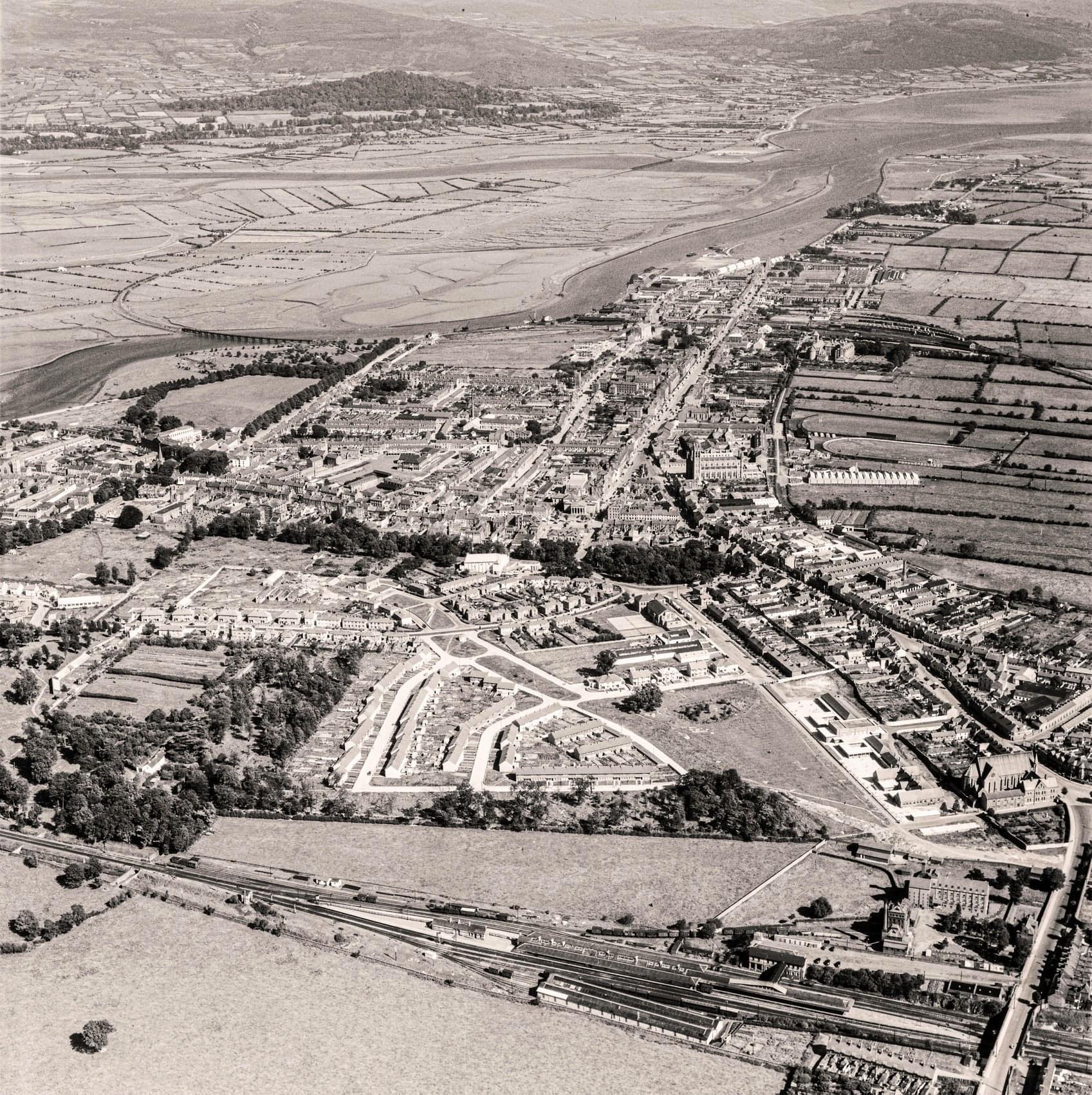 And the Athletic Grounds? Its passage into history has been the biggest hammer-blow sport – Gaelic football, in particular – has sustained.

That’s the past – now to the present. The two sports practiced at our photo’s venues are in lockdown, just as all others are. When exactly the blank canvas has only a splash of colour added is open to question. Should horse racing soon feature it will almost certainly be behind closed doors, just as it was at Dowdallshill and other Irish tracks for a few weeks before restrictions were imposed almost two months ago.

Probably more than its equine cousin, greyhound racing needs to return as speedily as possible. This game has taken a few very heavy hits in recent times, starting with Shelbourne Park’s closure for almost six months and, last year, an RTÉ television programme highlighting malpractice. Since then, a report, commissioned by the game’s ruling body, has recommended the closure of three tracks aside from Lifford, which had earlier ceased operating.

The ranks of practitioners have been greatly depleted in recent times; the last thing those who remain would want is a prolonged period of inactivity. Not only are there no opportunities for their charges, moving stock on is out of the question. England, the biggest market place, is also in lockdown.

The guess is that football in its various guises won’t be played, even behind closed doors while Covid-19 rears its ugly head.  It’s a close contact sport, and while having players tested before and after matches might be possible for the bigger competitions, the likes of GAA championships, League of Ireland and Pro-14 and Six Nations rugby, club fare would be more problematic, any system difficult to implement.

Then there is crowd control. Even if attendances weren’t to exceed the 5,000 mentioned as the limit for gatherings, how would social distancing be policed?

This is part of the canvas that can be expected to remain blank, at least for this year.