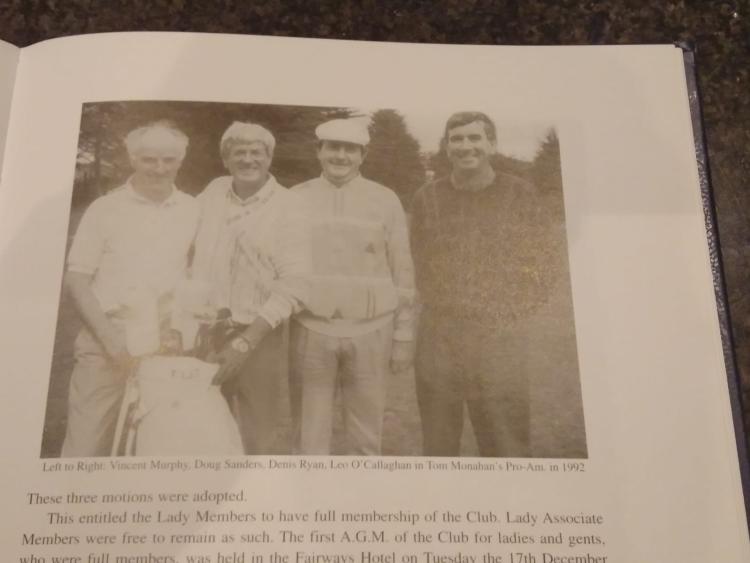 There is some confusion over when exactly Doug Sanders, the former American golfer who passed away last week at the age of 86, visited Dundalk Golf Club.

A photograph in the hands of Dromiskin publican Eoghan Herity, a self-professed “golf nut”, displays his father, the late Colm Herity, with Sanders at the Blackrock club, with 1991 marked as the year it was taken.

However, in Dundalk’s official history book, released some time back, the only recording of the Texan’s visit is in the form of another photo, a snap credited as part of Tom Monahan’s Pro-Am in 1992. Vincent Murphy and Denis Ryan are in the frame, along with Leo O’Callaghan, who sadly went to his eternal reward recently, and the guest of honour, Sanders.

Murphy, though, believes the year of his visit was ’91, having consulted his trophy collection.

“Denis, Leo and I were a team of three and we won a prize in it - a piece of Waterford Crystal - and 1991 is on the glass,” Murphy told The Democrat. “I would argue that that’s the year it was.

“He was stationed during the competition at the fifth - the par-three - and was there to shake our hands as we passed. He hit one or two balls on to the green himself, watched us and had a bit of a chat; we got a photograph taken. He was a lovely man.” 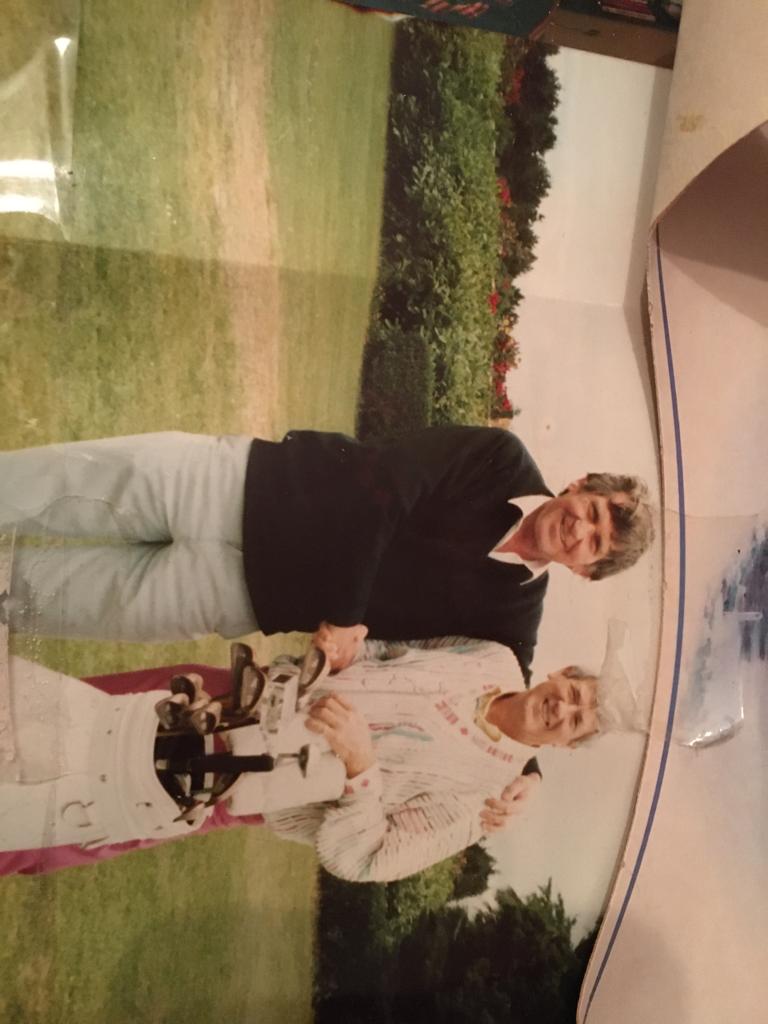 “Nicknamed the ‘Peacock of the Fairways’, Sanders was a four-time major championship runner-up, but his career - and, in many ways, life - is best remembered for one second place finish in particular.

Leading the 1970 Open Championship at St. Andrews coming down the last, it took him four shots to hole from 74 yards. He missed a three foot, downhill putt for victory and his misery was compounded by the great Jack Nicklaus in the subsequent play-off.

The Guardian put his demise succinctly in their obituary to him last week, writing: “Sanders would say years later that sometimes he could go as long as five minutes without thinking about that missed putt. He was only half joking.”

One’s thoughts immediately flashed back to Tom Watson’s 72nd hole implosion at Turnberry in 2009. Although, it appears that, even 50 years on, Sanders’ failure remains vivid in the minds of golf aficionados, such as Herity.

“I came to golf as a child in the early ’70s and Sanders famously missed that putt,” he says. “My Da was a golf nut as well and he was obviously at the clinic in Dundalk. He went over and asked Sanders for a picture - I recall him saying that he was a very genial man. My Dad came home and told me that he’d got the picture before it had ever arrived to the house.

“He was having his dinner and I remember asking him if he actually approached him, and he said he did. I said, ‘you didn’t… you didn’t ask him about the putt now?’

“My Da burst out laughing and said that when he asked him for the photo, Sanders looked up and said, ‘of course, and of course you won’t mention that thing!’ Obviously, ‘that thing’ was the putt.”

Did Murphy inquire about it either?

Dundalk people, it seems, always know just what to say, or not.