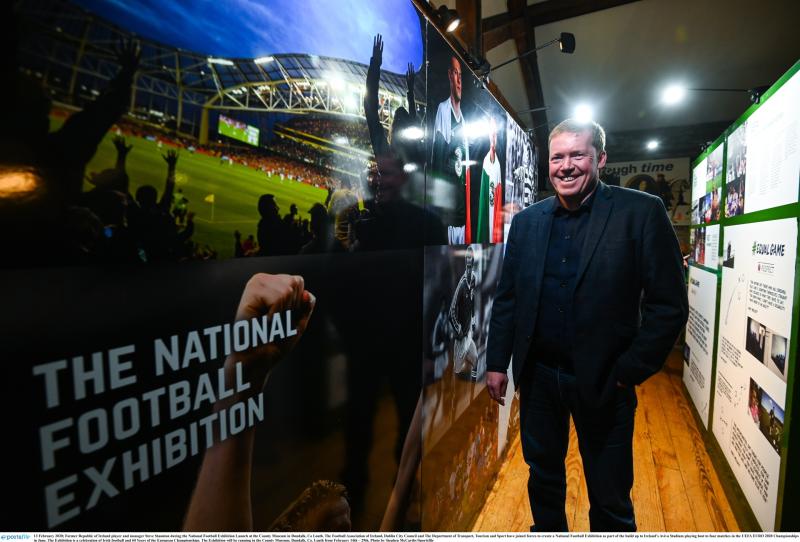 Rob Kearney and Stephen Staunton (pictured) have travelled a long journey, doing justice to their areas, their families and the teams whose jerseys they’ve worn. (Pic: Sportsfile)

Stephen Staunton’s visit to his home town the week before last and, in ways, Rob Kearney’s absence from the Ireland team for Sunday’s game at Twickenham, were reminders of the course both took in their youth. Gaelic fields were these two outstanding sportsmen’s venues of choice back then, green-and-gold their preferred colours.

Staunton was in the company of other former soccer greats at an exhibition in Dundalk Museum. Niall Quinn, one of those chosen to restore Irish soccer’s order and respectability, not to mention its finances, kept company with Ray Houghton.

Yes, this is the Houghton who put the ball in the England net – and several others as well – and nowadays analyses and previews games in a manner that makes you want to listen. The Scottish lilt helps, but it’s more the absence of anger and the presence of common sense and decency.

Also there was Stephen Kenny, who, while he already has lots in his locker, is not ready yet to be categorised as ‘former’. Indeed, the Dub’s best might yet be in the offing. He is probably chomping at the bit, ready to take the country’s senior team reins off Mick McCarthy, but there’s unfinished U21 business to be done. Prospects, and Quinn’s presence in Abbotstown, must have him tingling.

Kenny will, in time, inherit the job once held by Stephen Staunton and hope for better luck. Taking charge of the Republic side in the company of former England boss, Bobby Robson, didn’t provide the Dundalk lad with a career highlight, but at least he gave it a go. He might just look on enviously at the better fortune enjoyed by a former Clan na Gael colleague of his when he (the colleague) was plucked from the debris of Louth seniors’ 2010 Leinster final defeat and promoted to a life beyond playing football.

Staunton was only a boy when he scored the goal that projected the aforesaid Clan na Gael to Louth senior championship glory in 1985. It came in the opening half and all but put out Roche Emmets’ lights. This win, plotted by Leslie Toal, was a Castletown first in the premier competition since 1959.

The Clan na Gael attempt to defend their ’85 crown was foiled at the St. Mochta’s pitch, in Louth Village. Staunton was part of it, playing on the left-wing against Kilkerley Emmets. But this was a day when Terry Lennon and others were in their element; unfortunately, victory in that semi-final wasn’t a prelude to a craved first Emmets’ senior championship success.

Soon afterwards, Steve Staunton was on his way across the water. What happened after that was the kind of stuff with which Roy Of The Rovers scriptwriters used to piece their stories together each week.

The same happened soon when Rob Kearney took off on a journey that would see him trade the Cooley Kickhams jersey for the blue of Leinster, the green of Ireland and the red of the Lions. The most capped Ireland full-back had played his last game of Gaelic in the first Louth senior final to be played at Clan na Gael Park, in 2004. He was on the forty for a Peninsula match-up, but couldn’t unhinge a St. Patrick’s team in which another of the county’s great sportsmen, Paddy Keenan, held authority.

Kearney and Staunton have travelled a long journey, doing justice to their areas, their families and the teams whose jerseys they’ve worn.