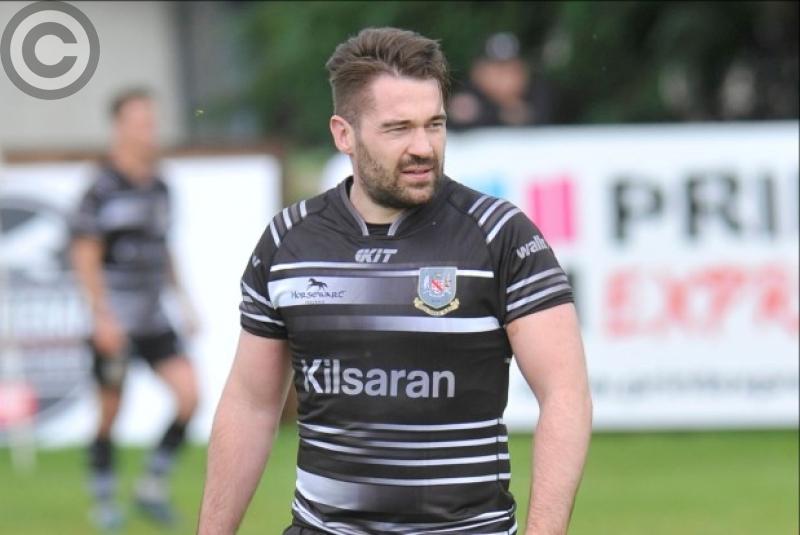 Dundalk RFC remain on course to achieve the players’ aim and finish in the top half of this season’s Leinster League, says captain Jonathan Williams. (Pic: Aidan Dullaghan)

Dundalk RFC remain on course to achieve the players’ aim and finish in the top half of this season’s Leinster League, says captain Jonathan Williams.

The Mill Road men ended 2019 with three successive losses, having opened with a defeat and six consecutive victories in establishing themselves among the division’s leading pack.

Promotion hopes have faded in the aftermath of the humblings by Bective Rangers and Seapoint, and they host Gorey on Saturday knowing a victory will all but secure their safety from relegation with three games to go.

New coach Adam Doyle set that as his target before the campaign kicked-off, yet those he’s overseeing have expectations perched higher and their bid to exceed general expectation can take another step forward when the Wexford men visit.

“It’s funny the way the league has gone this year: everyone is beating each other, bar Ashbourne, but once we were in the top four (over Christmas) we were happy,” Williams told The Democrat.

“There was no amount of games we targetted or set out at the start to try and win. I suppose you want to win them all, but you have to be realistic and with the new coaching team coming in, I know Adam’s main focus was on staying up, whereas the players felt we were capable of a top four finish.

“Gorey is our main focus now and we also can’t forget that they’re only six points behind us - and third from bottom. They’re going to be fighting for their lives and they want - and need - that win.”

Williams claims his side “robbed” the Slaneysiders in the 23-22 victory in Clonattin, a late penalty conversion from centre partner Willie Schutz capping an incredible comeback win. And so, he accepts, Gorey will be making the trek with something to prove, in an attempt to banish the demons of that October meeting.

Yet, with the festive break marking the end of a difficult three-week run of reverses, Williams and co are ready to begin a new year in dominant fashion.

“They probably felt quite hard done by and coming up to Mill Road now with a score to settle,” the skipper said.

“We’ll back ourselves, once we stay in the game. We’ve come back in quite a few of the games, too, and once we’re there or thereabouts with 20 minutes to go we feel confident of getting results.”

He added: “We’d a two-week break over Christmas and we feel refreshed. The break could have come quicker, ideally, but I know a lot of the boys have been doing their own work in the gym in DkIT. We’ve had three or four sessions over Christmas that the players took on themselves, just to keep things ticking.

“It’s been nice, the break, coming back ready to go again.”

Asked to elaborate on Dundalk’s poor finish to 2019, Williams agonised on the Ashbourne game, which they led entering the closing stages. It remains a sore point and, he feels, impacted on the subsequent hammerings by Bective, in which they failed to register, and Seapoint.

“Physically it took a lot out of us and was difficult to get back up from,” says Williams. “We were still leading with 10 minutes to go and felt the game was there for the taking, which kind of had a knock-on effect.”

But it’s time to let go. Gorey can be the game in which Dundalk get their season back on an upward curve.