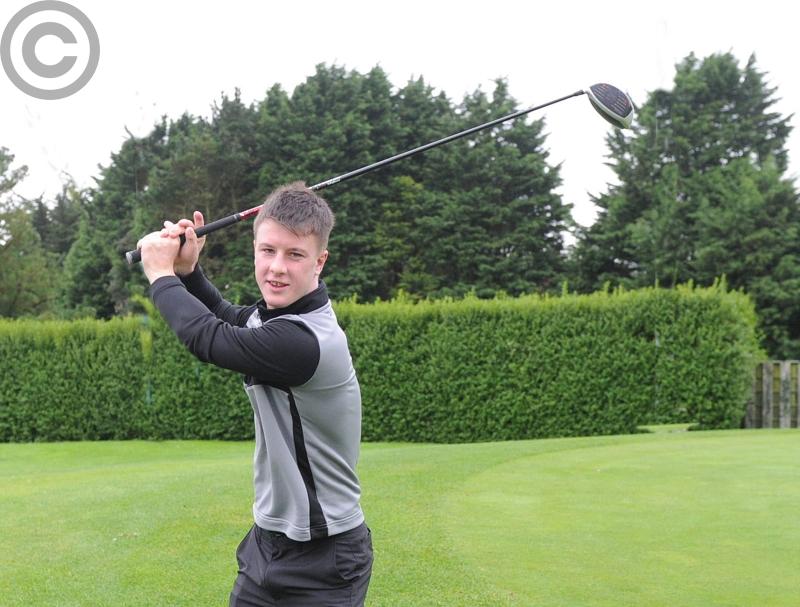 Brendan Lawlor will be in the presence of “the best that’s ever lived” next month when teeing up alongside Tiger Woods at the President’s Cup in Australia. (Pic: Arthur Kinahan)

Brendan Lawlor will be in the presence of “the best that’s ever lived” next month when teeing up alongside Tiger Woods at the President’s Cup in Australia.

But, for the Louth Villager’s lack of palpable excitement, it may as well be a pitch and putt round at Channonrock.

“You can’t really get star-struck now,” the 22-year-old tells The Democrat, from the upstairs gym of St. Mochtas’ clubrooms.

“You’re in their presence nearly every few weeks,” he adds.

For those unfamiliar with Lawlor, he’s the local golfer who turned professional a matter of weeks back, the talented lad who is now managed by singer Niall Horan’s firm, Modest. The list, the accolades, the references, could go on.

Ranked number three in the world, surely his profile is huge. But it’s not, yet. The reason? Well, it’s the disability golf circuit he plays on, owing to Ellis van Creveld syndrome, which, in his own words, means he has a “shorter stature, shorter limbs. I’ve no knuckles on the top of my fingers either, so it’s quite hard to grip the club”, the latter making his rise to the sport’s professional ranks all the more incredible.

“It’s a young person’s dream to be a professional. You never think you’re going to be good enough, but I turned to disability golf two years ago and it’s opened so many doors for me,” he says. 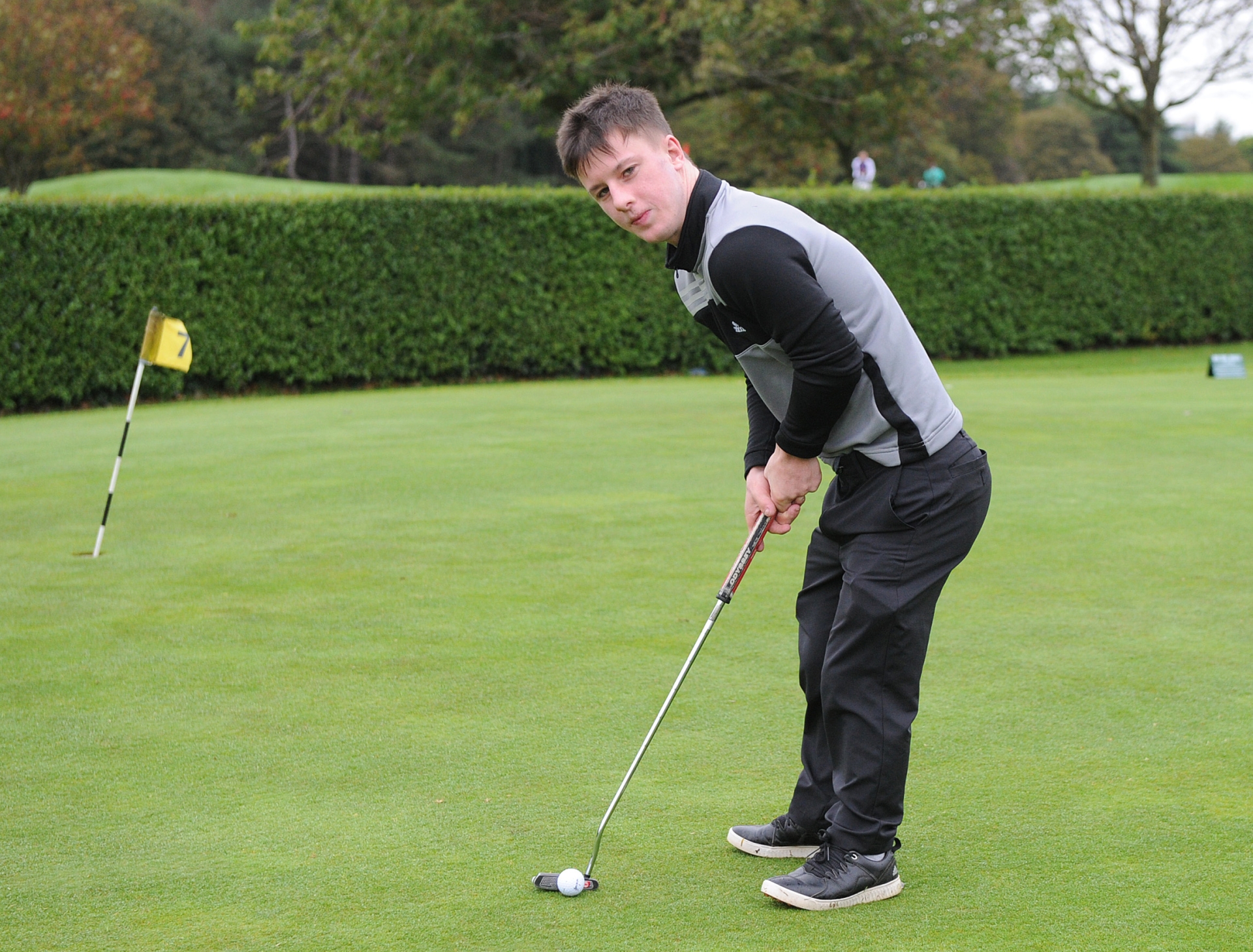 Funny he refers to the opening of doors. We meet at the building’s entrance, your writer not knowing what to expect, only to depart over an hour later with a glaze of perspective placed over life.

Lawlor speaks of how “the place opened up” after his sinking of the winning putt at the recent Scottish Open.

“I had a one-shot lead going down the last and I’d say there were about 3000 people all the way up and I didn’t know. It’s a tunnel vision coming down the last. You’re in the zone, you block out everything. There could be someone shouting here, but you wouldn’t hear it.

“After that final putt, everything opens. It’s like blinkers. When that final putt went in it was like a whole weight off your shoulders and you could hear the claps; you couldn’t hear anything before. It’s like you’re in a dream.”

The round is over, victory secure and mission complete.

Imagine disclosing a doorway to a bright summer’s day from a pitch-black base. The squint-worthy outlook is completely different. That’s the before and after of one’s complexion after speaking with Brendan. Simply, an inspiration.

“The way I think I’ve got here today is because none of this, my condition, phases me. 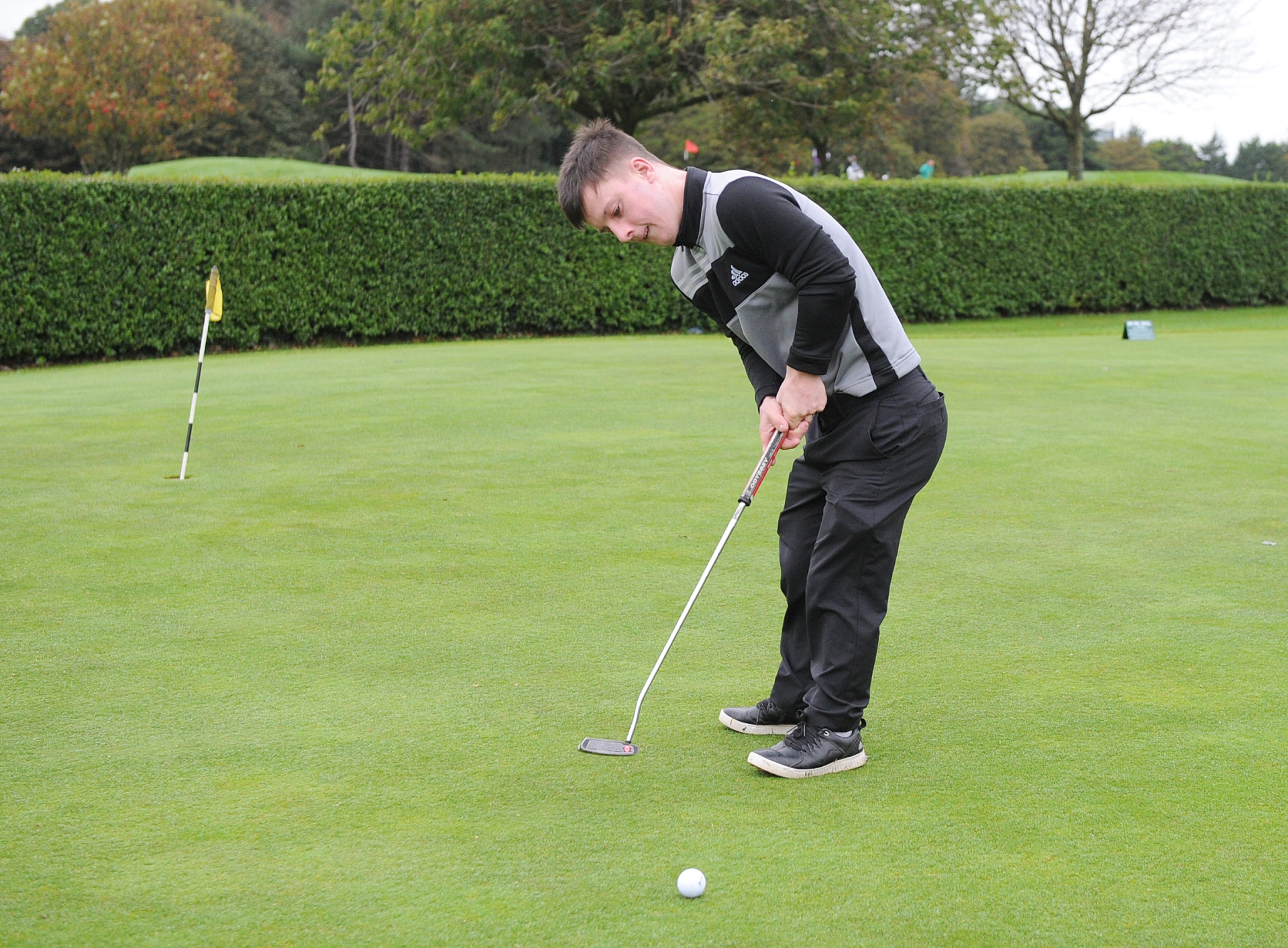 “Anywhere you go there are people looking and saying stuff, but you don’t give a toss about that because all your life it’s something you kind of get used to.

“You have to be the bigger person and not let any of that stuff affect you. It takes a stronger mind not to worry about something like that.”

The journey began as a toddler when his grandfather cut him down a driver to play with. His first pitch and putt hole in one, the earliest of 187 and counting, came with that club.

Golf, ultimately, was the pastime that found him. He played football at underage, while his elder brother, Liam, wasn’t for holding back where competition, in any guise, was concerned growing up.

He even suggests that his mother, Marie, would have allowed him play rugby should he have insisted. “It was a case of let him see will he try that again,” he quips.

The point being that Brendan’s disability was never used as a barrier, hence his genuine view of the situation he finds himself in. There is no chip on his shoulder, no feeling sorry for oneself. Quite the opposite, in fact.

“I feel that I’m very lucky to be in the position I am,” Lawlor, a graduate of Dundalk Grammar School, asserts through a tone of graciousness.

“My parents were very, very good. They never treated me any different. A lot of people have issues, it’s just about how you deal with them.

“Golf’s a game for everybody. It’s therapeutic for people, it can be an elite sport for other people. It can bring many different things to people, but it brought confidence and ability to me. 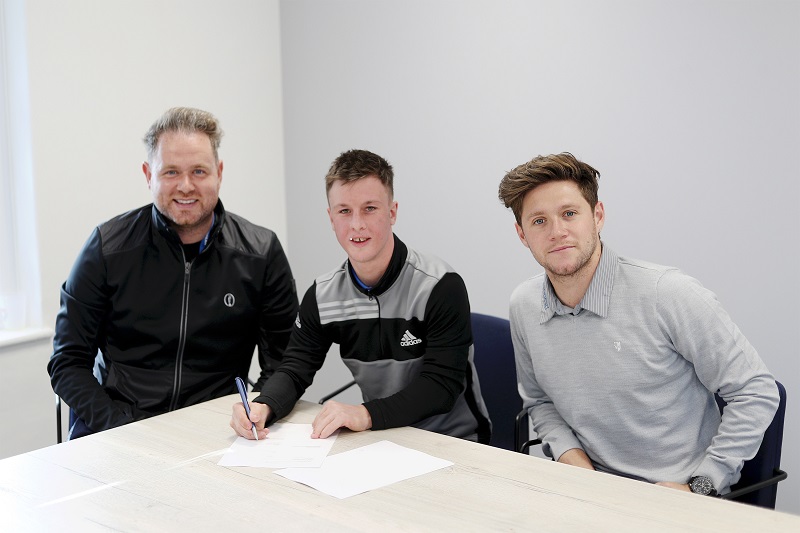 “When people watch me on the golf course now, they’re not looking like ‘wow, he’s a disability, look at how he can hit the ball’. It’s ‘look at how good he is’.

“That separates you from the disability. When I’m on the golf course I want to put on a show, I want people to remember me for how good I am at golf, not for ‘look at the small guy, he can hit that far away!’.

“Confidence in life is massive. For anyone who has a disability like my own, I’d tell them to be themselves and don’t let anyone put you down or call you names. Just don’t let anyone affect you.”

“Disability and inclusion are the buzzwords, everyone loves them at the minute. They’re probably sick of seeing Rory McIlroy drive it a hundred yards, well, probably not, but maybe people want to see something different now and again.

And he does, via his capacity as a disability golf ambassador, an avenue which he self-created through his performances and many victories. The European Tour are planning to have a fully-fledged Disability Golf Tour in place for 2021, but more than a half-dozen events are planned to run alongside calendar competitions next season.

The organisers’ progress, like Brendan’s, has been rapid. In the latter’s case, he only “took up golf” at 16, during Transition Year, having won All-Irelands and represented Louth at pitch and putt for almost a decade previously.

A two-year stint at Darren Clarke’s Academy in Antrim saw Lawlor combine third-level education with his development as a player, only to “wake up and smell the coffee” and realise he “had to start making money”.

So, he did, taking on a sales job with the family firm, CTI Business Solutions. And while taking to it as successfully as he did golf, his passion took something of a back seat until disability competition options presented themselves.

The upward cycle has been relentless since and following his wins Europe-wide, an interview with Irish Golf Weekly magazine led to a proposition from a management company.

Fast forward a few months and here he is…

“In the first two weeks, Modest had me an Adidas contract, they told me I could have a tailor-made club deal in the morning.

They can do so much and open many different avenues.

“The entire thing has just progressed so fast. I only went to my first event in November 2017… but Dad (Billy) has been incredible through the whole journey. If it wasn’t for him I wouldn’t be where I am. He funded the first two years on the tour and it wasn’t just one cost, it was double the cost because he caddies for me.

“We’ve got to travel the world playing it and before this, with the business, he never had a day off, but now he gets to enjoy the experiences equally as much.”

Not that their on-course relationship is all lovey-dovey…

“We have to separate Dad and son, we’re there for business, to do a job. You do get angry with him sometimes. I do be angry with myself and he tries to calm me down….

“You’ll never beat the adrenaline rush you get when you’re in the lead going down the last. Germany three weeks ago wasn’t a huge event, but the feeling of winning is always the same.

“If we’re in contention over the last few holes Dad tends to keep his eyes shut… but when I’m in contention I don’t generally lose. I have that mentality that ‘I have to win this’.

“A lot of people fold under pressure, but I actually get better. I love the crowds watching and the hype around competitions.

“I embrace it, because before I go to a tournament I always visualise myself holing the winning putt, lifting the trophy and the winning speech. You have to have the frame of mind, that you are the best and that no-one can beat you.

“If you feel you’re the best at anything, you are and you can win most times you go out.”

Dubai and Australia are next on the bucket list for Brendan and Billy, who, courtesy of his son’s graft and talent, only has to worry about handing over clubs as opposed to expenses.

His management’s name really couldn’t be any more apt: Modest. Lawlor practices most days at Dundalk Golf Club and in his free time, either goes to watch Liam in action for St. Mochta’s or is here, there and everywhere with his girlfriend, Rebecca.

Ordinary things for an ordinary fella. He’s anything but, though.