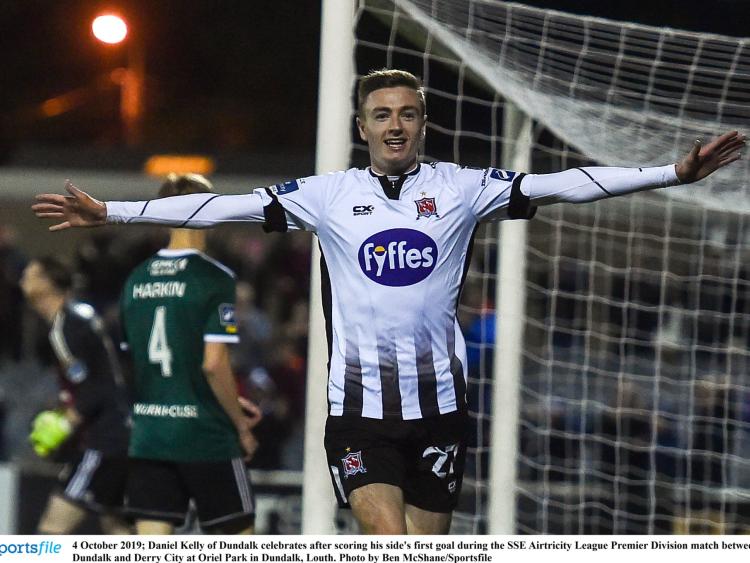 Daniel Kelly’s 13th goal of the season proved a lucky one as Dundalk FC extended their unbeaten record in domestic competition to 31 games with a 1-0 victory over Derry City at Oriel Park on Friday night, making it nine league wins on the spin.

Barry McNamee missed an early opportunity to give European-chasing Derry the lead as the visiting captain miscued in front of goal with just Gary Rogers to beat.

Dundalk’s best chance of the first period arrived four minutes before half-time when Seán Gannon’s delivery picked out Patrick Hoban in the centre but his old teammate Peter Cherrie pulled off a fabulous reaction save to deny him.

The champions made the breakthrough past the hour-mark when Gannon was again the creator, with his cross this time finding Kelly who blasted in at the back post.

Derry were only inches away from claiming a potentially important point as substitute Grant Gillespie struck the woodwork with 15 minutes remaining, but Dundalk held on to move 18 points clear at the top, for 24 hours at least. 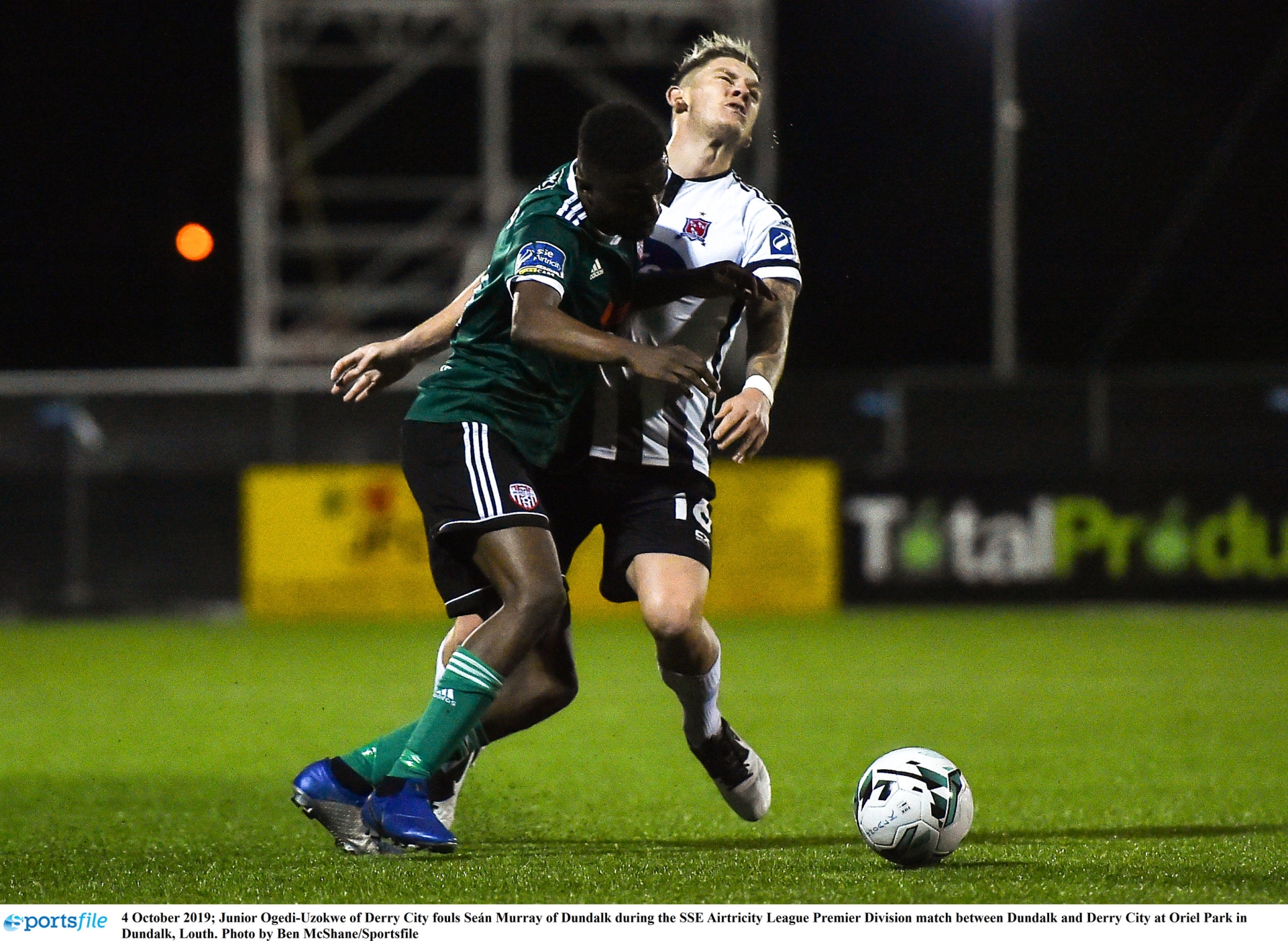 The champions were given a guard of honour by the visitors and they started with plenty of intent.

They went close to breaking the deadlock in the ninth minute when Chris Shields attempted to pick out Hoban with a long pass and the ball broke to Kelly who rifled a first-time shot from range which whistled past the post.

That woke Derry up and, after going close with a 25-yard free-kick, McNamee really should have done better when he robbed possession from Gartland close to the Dundalk box, only for the Candystripes captain to drag his shot wide when well placed.

Derry were dealt a blow on the half-hour when influential midfielder Greg Sloggett was forced off through injury, having failed to recover from a knock sustained in an earlier collision with Shields. 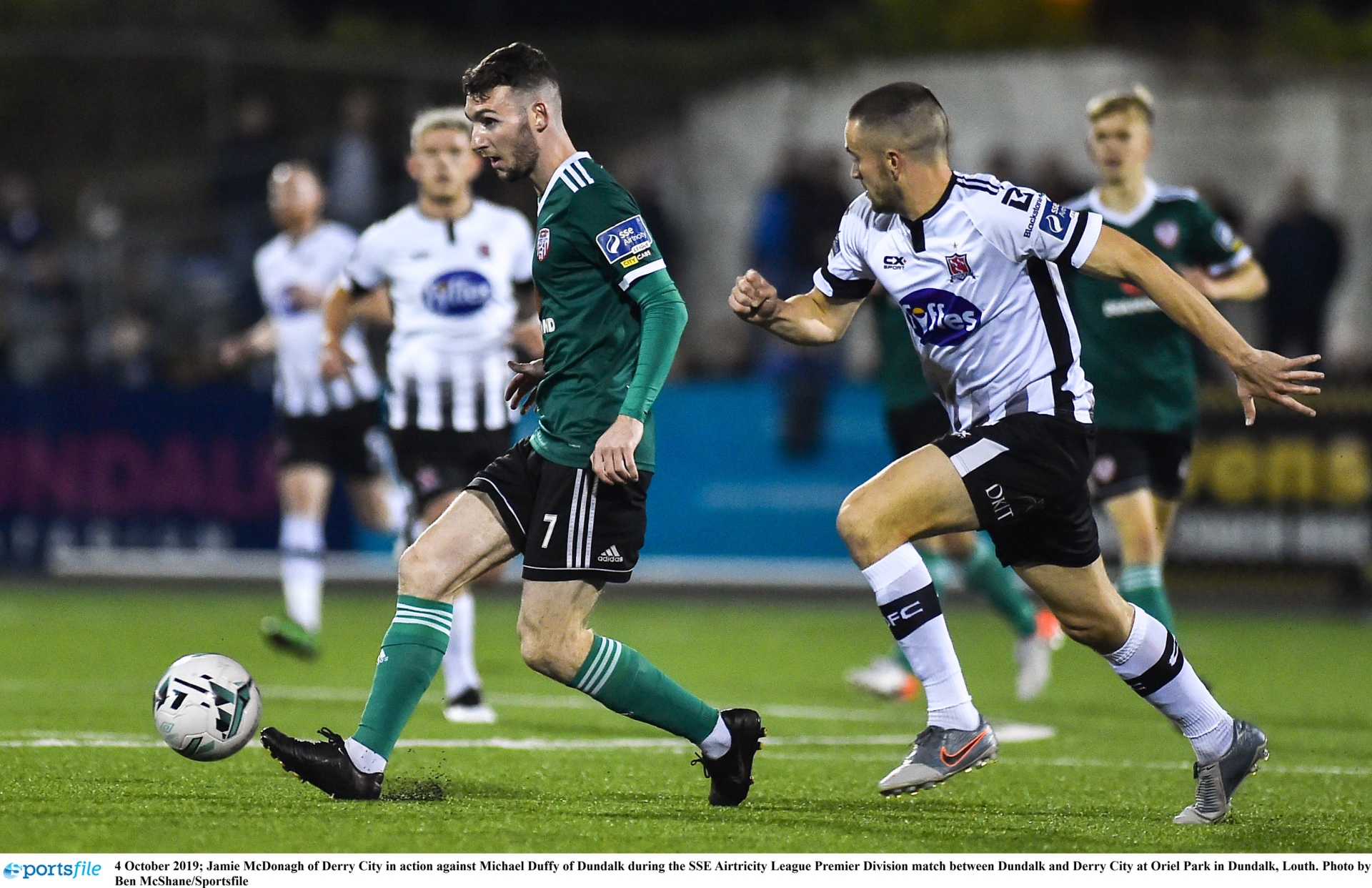 As the teams cancelled each other out, David Parkhouse looked to provide a moment of inspiration but while his shot gave Rogers some difficulty, the goalkeeper had plenty of time to collect at the second attempt.

Derry had Cherrie to thank for keeping them level at half-time after he produced a brilliant stop from Hoban who had connected well with Gannon’s right-wing delivery.

The second half started slowly, with Benson firing off target and Hoban heading over.

However, the deadlock was eventually broken in the 64th minute as substitute Lido Lotefa found Gannon down the right and his delivery to the back post was hammered home by the in-rushing Kelly.

Dundalk were almost caught cold from a quick corner in the 75th minute as McNamee picked out Gillespie who struck the ball off the post, as the champions’ winning run just about continued. 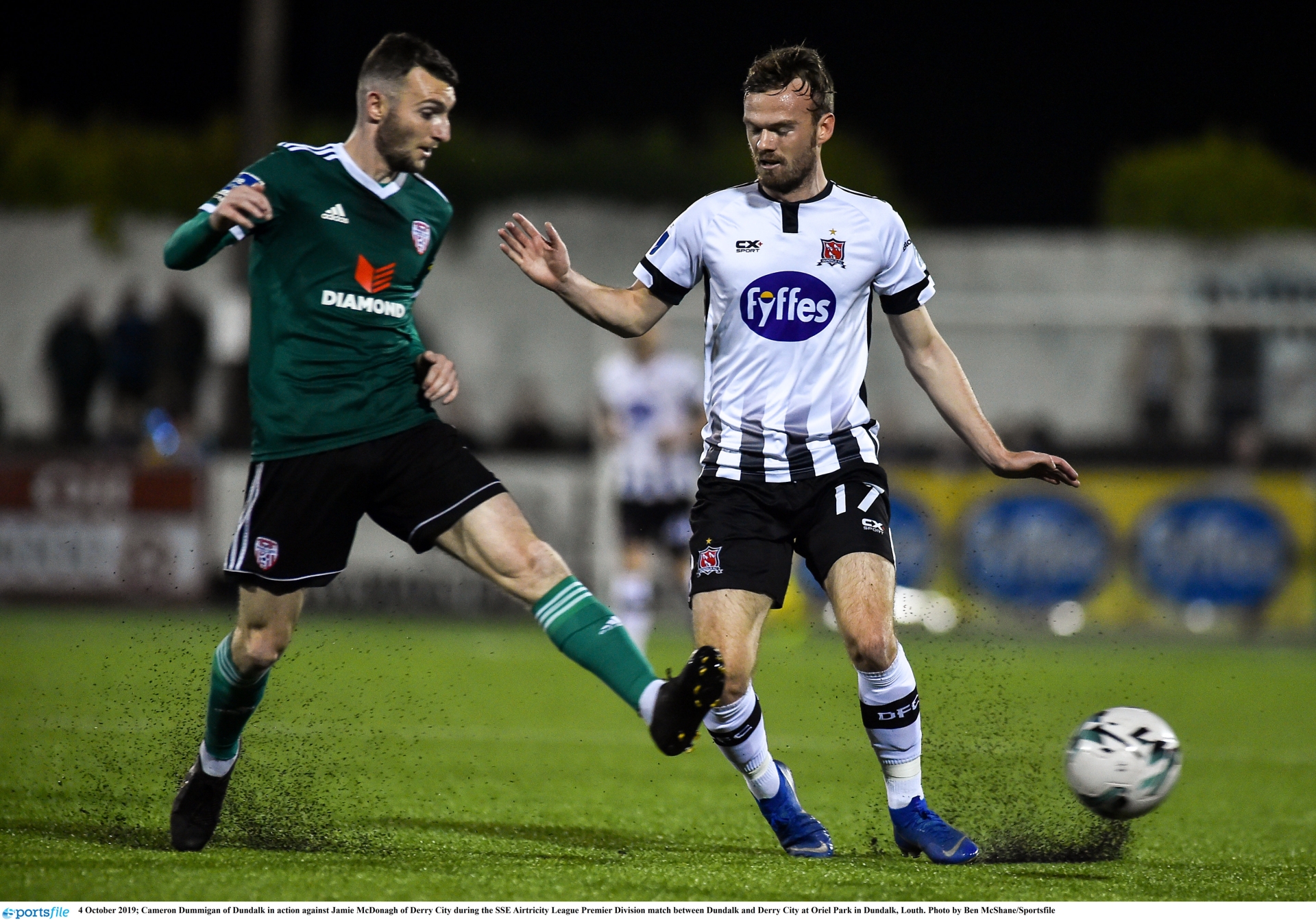