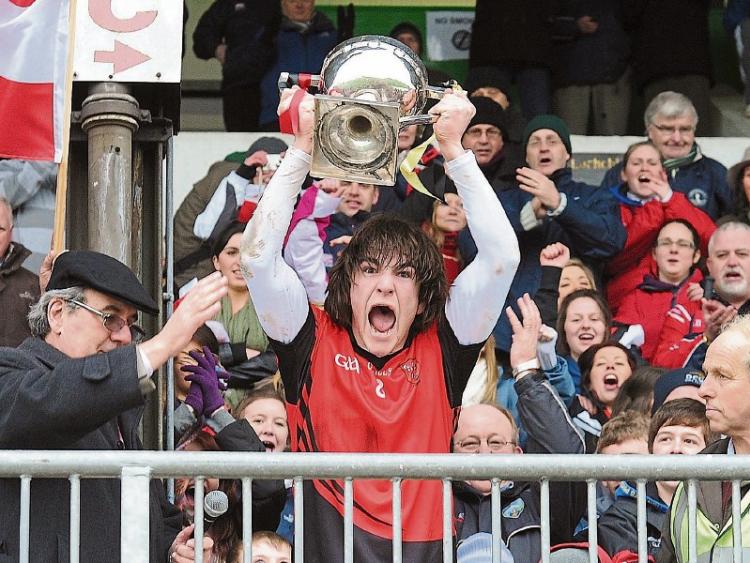 Louth Coaching & Games chiefs laid bare their blueprint for ensuring the development of talented players beyond the U17 age group at DkIT on Thursday night.

In launching the Dundalk Schools and Louth Schools teams to compete in the Leinster A Colleges Championship, the county’s performance coach, Ciarán Sloan, offered a detailed presentation on how Louth GAA plans to implement structures to fill the current deficit which stands between the underage and senior set-ups.

The Wee County’s U20 team was included as being vitally important to this, with ‘athletic development (gym) and pitch’ sessions to begin for Aidan Shevlin’s side towards the end of autumn, ahead of next year’s Leinster Championship. This will include a pair of two-and-a-half-hour sessions per week.

But the main part of the launch related to the combined teams. Their preparation programme is to begin this month and run to November, with the first game of the Leinster campaign down for decision on November 23.

Speaking to the congregation, Coaching & Games manager Shane Lennon stressed the importance of the colleges’ teams for the future of Louth football, underlining the significance of the two Dundalk combinations, of 2002 and ’11, that claimed provincial glory.

The point was made that those sides subsequently provided the backbone of county senior teams over the following years. Former All Star Paddy Keenan, Lennon and John O’Brien were among the earlier victors, while Conall McKeever, Patrick Reilly, James Stewart and Darren McMahon were champions nine years later.

Meanwhile, Sloan alluded to the gap that currently stands between current county minors and the levels they need to reach to become fully-fledged seniors.

While it would seem sensible to retain the domestic U18 leagues as a manner of ensuring players are kept in football, a well-organised colleges’ model, such as what’s intended, is badly needed and, as was generally accepted, this a step in a forward direction.

It was confirmed on the night that Oxigen and DkIT Sports & Societies would provide sponsorship to the Dundalk and Louth Colleges’ teams.