Wayne Kierans confirms his Louth selectors and plans for 2020 season 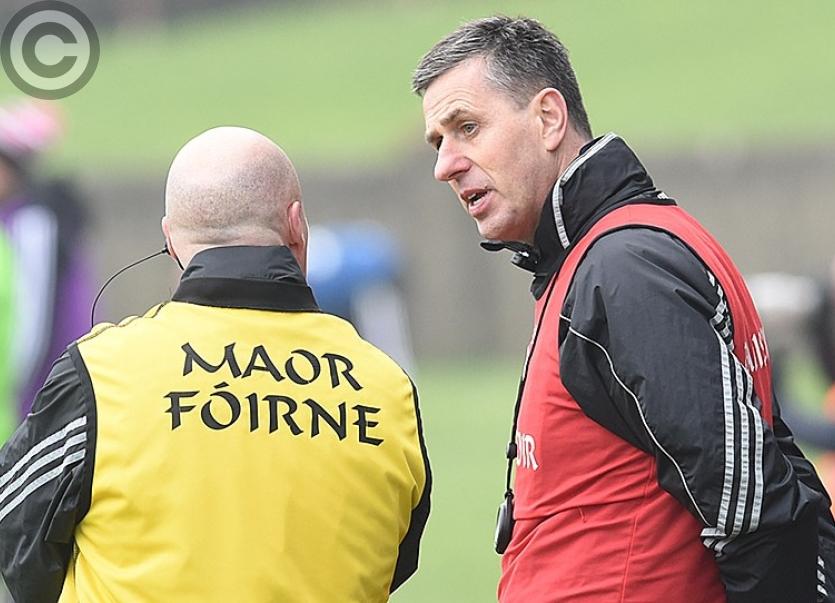 Louth senior football team boss Wayne Kierans has confirmed that last season’s management team will remain in place ahead of the O’Connell’s man’s second campaign at the helm.

It means Liam Kelleher - Kierans’ trusted No.2 from his terms as minor and U20 supremo - and Cathal Murray, both of whom have been regulars at recent club championship fixtures, will return, as will renowned fitness coach Graham Byrne for a third successive year.

Kierans is flirting with the idea of extending his backroom team, but says any potential addition won’t be in a selectorship capacity.

In terms of his panel for the new year, Anthony Williams is the only certainty for non-involvement as the Dreadnots defender is set to be more overseas for work. Though the remainder of the squad, along with some fresh blood, are expected to link-up following the conclusion of the domestic season.

“All us outside the playing panel are at the planning phase,” Kierans told The Democrat.

“In terms of the playing squad, we won’t be getting them together until the end of October.

“We would hope to have the personnel identified and contacted before that, maybe at some stage during September, but we won’t be getting anyone together until that sort of timeframe.

“Anthony Williams is going overseas. I don’t think that’s a secret at this stage. He let us know immediately after the Antrim game which was fair enough.

“He’ll be a loss and when you’re talking about a panel, he’s somebody to replace straight away. So our job is to try and identify players who are capable of coming in, and a few lads are definitely putting their hands up and with a lot of high profile games still to go to stake a claim even further.

“In terms of the overall championship, I probably look at it differently. Instead of the teams, I really am looking at individuals and all the management team would be. We’re looking at guys that have the athletic capability, how good they are and whether we feel they’d be committed and ready for the inter-county team.”

Personally, Kierans took a number of weeks away from the game following Louth’s All-Ireland qualifier defeat by Antrim, only to return re-energised to assess games at the height of the local club scene.

And, with the lessons of campaign one, he’s willing the winter recommencement of inter-county action.

“It has been a fresh couple of months,” he added.

“In the immediate aftermath of the final game, at that stage you just really want to get away from everything and I didn’t go to games for a number of weeks.

“It’s great to be going to the kids’ games, I’m not heavily involved, I help out when I can and people ask me to do sessions, but over the last number of weeks, since I came home from holidays, I’m very much in the planning phase and raring to go, and looking forward to enjoying the meatier games in the championship.

“We anticipate freshening up the approach. In terms of what we do at different times of the year and how we train, we’ll pretty much keep that the same. The overall structure of our training was very good and I’d say the boys themselves would vouch for that.

“In terms of preparation, we feel we can do a little bit more on the analysis front and preparing against opposition and individual opposition players.

“We’ve put the foundations in place now on a way and a philosophy. And now we have to try and add on the little things that are going to give us value.”