INSIDE TRACK | Superb Cheltenham Festival, but no change in Inside Track luck 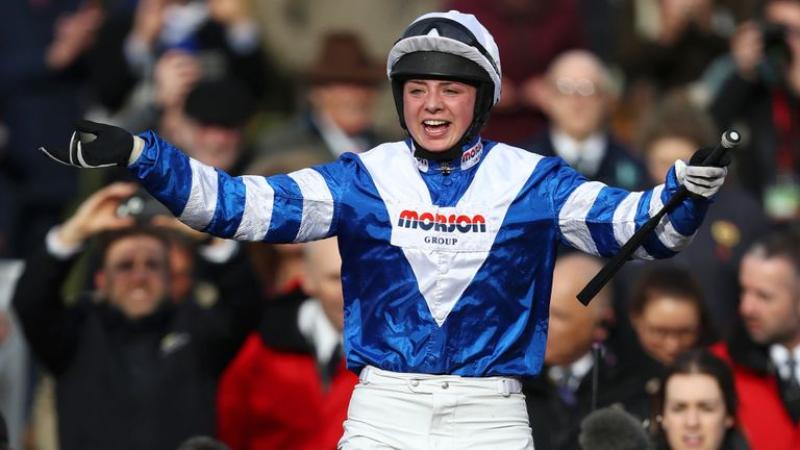 The Cheltenham Festival was superb in so many aspects you’d be hard pressed to find a negative. The ladies, Byrony Frost, Rachel Blackmore, Lizzie Kelly, Emma Lavelle and many more, were brilliant, Willie Mullins got his long overdue Gold Cup win, and Gavin Cromwell, not long since leaving farrier duties aside to concentrate on training, won one of National Hunt’s classics, the Champion Hurdle, a race which has eluded many others much longer in the game than the Meathman.

JP McManus, so generous with his distribution of funds to every GAA club in the country in celebration of his native Limerick winning last year’s All-Ireland hurling final, saw his famous green-and-gold colours – as worn by Liberties, a Limerick City club - carried to victory many times over, and Andy Gemmell, a man blind from birth, was there to savour it all as his horse, Paisley Park, thundered up the home straight to the Stayers’ Hurdle.

The annual four-day jamboree is seen by many as a tussle between this country’s and Britain’s best, and in recent years the travellers have more than held their own. It wasn’t always like that.

Main reason for the change, of course, is that there are now owners, McManus, Michael O’Leary and others who can afford to buy big and are willing to have their horses – most of them in McManus’ case, and all of them where O’Leary is concerned - trained here. It’s more difficult now for the small fry in the owner and trainer ranks, but every so often a minnow gets among the big fish.

There were 28 races to be decided last week, and it ended an honourable draw, 14-all. Mullins was leading trainer, while his main protagonist in this country, Gordon Elliott, finished on the three mark, which, judged on the mighty standards he has set for himself, was below what had been expected.

Cheltenham is such an attraction, racing at its very best, you could just sit back and watch it all unfolding without having a bet. But for hardened punters the temptation would be too difficult to resist. I’m a long-time card-carrier in this category, but, thankfully, only dwelling in the very lower echelons in terms money wagered.

Which is just as well. Racing luck and I are not the best of companions, as was demonstrated last week. It’s a long time since I’ve had an each-way bet – so long, in fact, that it was only the other day after I’d taken one that I discovered it’s now only one-fifth the odds for a place and not the one-quarter it once was.

Anyway, there would have been a few quid coming back last week had Laurina run into a place in the Champion Hurdle, and Kemboy done the same in the Gold Cup. Both were paired with Inside Track’s tip for the week, Itchy Feet, who ran a great race to take third at 25/1. Neither did the business, however.

Also referenced last week was the name of a Dundalk street, after which the first horse owned by Philip Reynolds was named.

Everyone spells it Francis Street, but it’s been established that that’s wrong. It is, you could say, belonging to the distaff side, spelt with an ‘e’, not an ‘i’. And that probably confirms what a Democrat veteran, Owenie Conroy, said to me away back, that it was named after Lord Roden’s daughter.

Who better than the late Owenie’s son, Frank – another former Democrat print room denizen – to come up with proof. Frank can’t say for sure it is Lord Roden’s lass who’s commemorated, but he has evidence of Frances Street appearing in print.

Along with the message that winged its way from Frank last week was an ordinance map of Dundalk going back to 1864, and there it is, spelt with an ‘e’. Clanbrassil Street, Jocelyn Street, Park Street, Seatown, Market Street and, of course, Roden Place, are also listed; but while it’s not very clear, it would seem what we know today as Bachelors’ Walk was once named Rope Walk.

That it were so simple today. My travels last week took me into Belfry territory, looking for house No.42. I thought there was only one Belfry, but seemingly there are five of them. I was told the door was dark green, or maybe bottle green. But, anyway, as the night was as black as the Ace of Spades that piece of information was about as useful as most of the Cheltenham tips I got.

The odds were big, but the first No.42 I knocked on was the right one. A result at last.