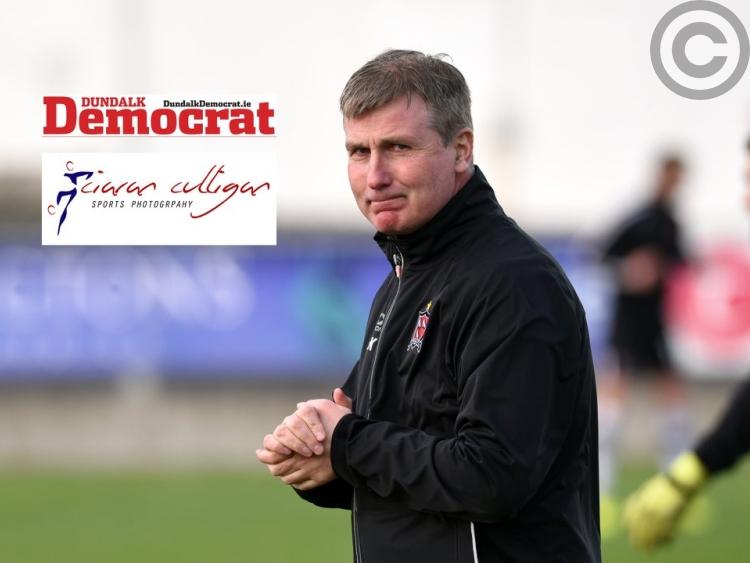 Dundalk FC manager Stephen Kenny has been named the PFAI Manager of the Year at tonight's awards ceremony in Dublin.

Kenny led Dundalk to just the fourth league and FAI Cup double in their history - and second in four years - with last Sunday's 'Cup final win over Cork City at the Aviva Stadium.

Since taking charge of the Lilywhites, the 47-year-old has won four league titles, two 'Cups, a pair of League Cups and presided over the club's qualification for the 2016 Europa League group stages.

Congratulations to Stephen Kenny from @DundalkFC who is this year's winner of the Premier Division Manager of the Year Award #PFAIrelandawards18 #premierdivisionmanageroftheyear pic.twitter.com/i2HrIGvUJ7

Six of his team were honoured in the Premier Division Team of the Season: Seán Gannon, Seán Hoare, Robbie Benson, Michael Duffy, Chris Shields and Patrick Hoban. The latter three are in contention for the Player of the Year award.

Another Dundalk panellist, Georgie Kelly, was named in the First Division Team of the Year, following his early season exploits with UCD.