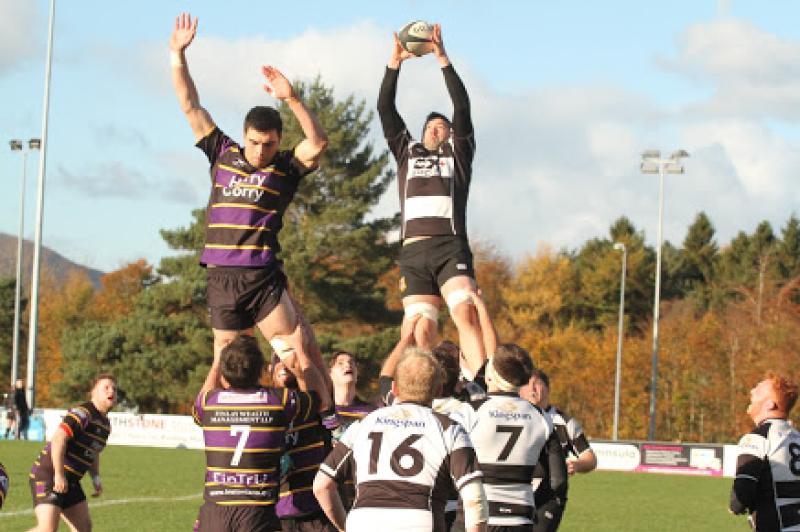 All-Ireland Junior Cup round one

Dundalk RFC qualified for the last eight of the All-Ireland Junior Cup in Belfast on Saturday, scoring the winning points with the last kick of the game.

Having fallen 14 points behind to Ulster side Instonians, who included former Ireland scrum-half Paul Marshall in their selection, Dundalk took the initiative in the second half, keeping the hosts scoreless before landing the match-winning penalty with the game’s final play.

Victory puts Dundalk into Monday’s draw, with the quarter-final set to be played on November 10.

BAD START
But Mike Walls’ side could not have got off to a worse start having been camped in their own 22 for the majority of the opening quarter. And the early pressure eventually told as Instonians crossed twice, converting on both occasions to build a 14-0 lead. The visitors’ misery was compounded by the yellow card received by flanker Laurence Steen.

However, just before the interval, they launched their first major foray into Instonians’ half with Walls’ kick in behind gaining the Mill Road men vital territory. And from a subsequent sequence of play, Tiernan Gonnelly burrowed over the try-line, with Conroy adding the extras.

The seven point lead hardly flattered Instonians and, in truth, they never recovered from the concession as Dundalk used the blustery conditions to their advantage in the second half.

Dundalk’s standout player this season, Conroy got them on level terms midway through, picking and going after a period of pressure before slotting the two-pointer off the tee.

The closing minutes saw the Leinster League team pour forward in attack, forcing a penalty in the final minute. Conroy was faced with a difficult kick, though, despite the target being within a reachable distance. However, he was unerring, judging the breeze to perfection and sending Dundalk through, along with their provincial league colleagues, Wicklow, Enniscorthy and Ashbourne.