INSIDE TRACK | Many great horses have competed at Dundalk track, including Arkle 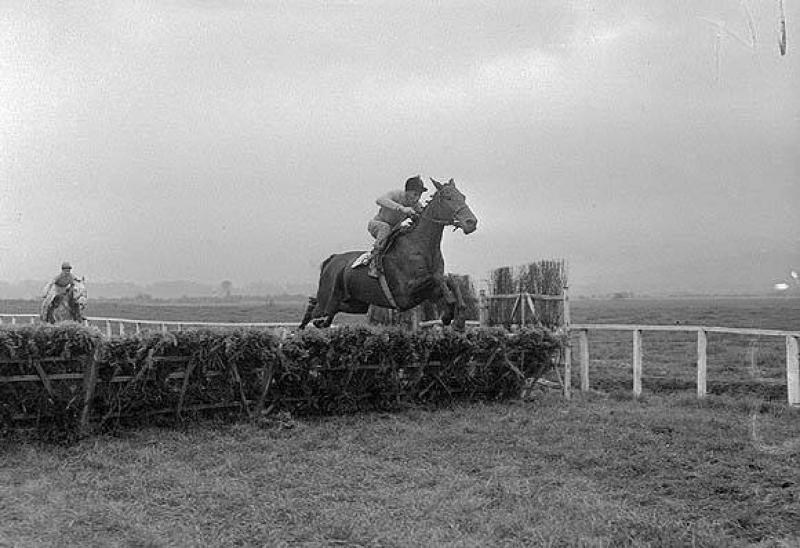 Arkle in action at Dundalk

Dundalk track has gained quite a reputation for itself since becoming the country’s first to stage horse racing on an all-sand surface, just over 11 years ago. Many winners of some of racing’s big prizes ran there, Mastercraftsman perhaps the best known among them.

But even back when the track was covered in grass and races were run over hurdles and the larger obstacles as well as on the Flat, it was a stomping ground for perhaps the best-known racehorse of all time, and another who became a European champion.

Hands up those who never heard of Arkle.

What about Star Appeal?

Okay, so quite a number of you didn’t, but that’s not a surprise. Star Appeal ran on the Flat, and while winner of Europe’s greatest race, the Prix de l’Arc de Triomphe, he would need to have been exceptional - in the same category as, say, Frankel - to have taken to the general public’s heart in a manner in which Arkle did.

But, like the jumper named after a mountain in Scotland, Star Appeal ran, and won, at Dundalk. An inmate of John Oxx’s Curragh stable, he contested the 1972 running of the Warrenpoint Plate for two-year-olds, and while an easy winner, didn’t cut the dash of a future champion.

Star Appeal had a few changes of stables before settling in Germany. It was from there that he was sent out to cause the shock of all shocks in the  Arc, winning the 1975 renewal at a Tote price of 118/1 and becoming the first German-trained winner of the great race. He was subsequently named European Horse of the Year.

This delve into the past has been prompted by a post put up on Facebook by Ardee’s Michael Rafferty, who wouldn’t be unknown on the greyhound and coursing circuits and has a terrific interest in horses. Not only does Michael say it is just over 56 years since Arkle won the Wee County Handicap Hurdle, he puts up a photo (reproduced here) of the great one clearing the last in that race at Dundalk.

Pat Taaffe is aboard, just as he was as Arkle progressed in a career during which he would win 22 of his twenty-six races over the bigger obstacles. Taaffe wasn’t the most elegant in the saddle, but wins on other horses in the Aintree Grand National and many more major races showed him to be more than a one-horse wonder.

Arkle, trained at Tom Dreaper’s stable on the  Dublin/Meath border, won the Cheltenham Gold Cup in the same three years – 1964 through to ’65 - that Galway’s greatest-ever football team won the All-Ireland. He made the front pages as often as he did those inside - or on the back, if your daily read was the Irish Press – and after he sustained what proved to be a career-ending injury, his fan mail matched that of a pop star.

Arkle was winning one of his first races when he claimed the Wee County on October 17, 1962. He went ‘chasing straight away - and, as they say, the rest is glorious sporting history.