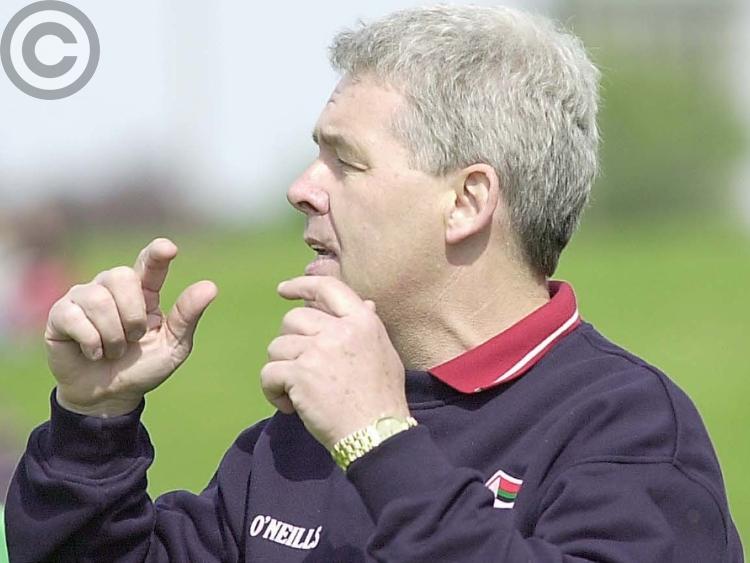 Paddy Carr’s reign as Louth senior team manager was not altogether untypical of the experiences of others to have held the reins. Promising in patches, it ultimately ended due to a deficit of faith in the presiding County Board.

His two years entailed highs and lows, yet while there was no marquee championship victory in the two seasons, where Louth twice exited at the Leinster quarter-final stage before departing the qualifiers in the early rounds, the foundations were being laid in place for a successful era to come.

And while every departed manager would like to argue along similar lines, in Carr’s case, considering the game’s transformation in the 15 years since he left the position, his claim would not be without foundation.

Having taken over from Paddy Clarke in late 2001, the Donegal man inherited a team in the midst of a major transition, with the careers of legends like Seamus and Cathal O’Hanlon and Ken Reilly, to name but a few, nearing their finish, and he was charged with injecting more new blood.

Along with selectors Danny Culligan and Gerry Sheridan, he began to put the wheels in motion, but not in a conventional manner. It was pretty revolutionary.

Calling on the help of the now renowned Dr. Niall Moyna of DCU, Carr developed individual strength and conditioning programmes for his charges in a bid to maximise his resource pool.

“It was self evident at that stage that the team needed to go in a different direction because there had been fluctuations in the fortunes of the Louth teams in previous regimes and I knew that in order to make an impact we had to do something very distinctive and very different.

“We tried to get an edge on other teams in fitness and with the tempo at which we could play the game.

“During that time, Louth were the very first inter-county team to bring strength and conditioning into the GAA. There was no team doing either individualised or collective personalised gym programmes and I spoke at length with the County Board about how ahead we were at that time.”

Carr even recalls having Mick O’Dwyer (Kildare), Páidí O’Sé (Kerry) and John O’Mahony (Galway) on the phone to inquire about what exactly had Louth in such physical condition.

The players had bought into the regime, whereby a sports scientist student from DCU was assigned to work with two panel members. Like what Dublin have now, Louth essentially had the full use of the University’s gym facilities.

“You can’t microwave success. Our training was very intensive and way ahead of what other teams were doing. You can either go for short term gain in completely focusing on league matches or you take a long term approach about where we were going to be after three years because we would have been ahead. I’ve no doubt about that.

“I’d identified at the beginning of the second year the need to get really good sports psychological support for the team because we were way ahead of other teams (in fitness). I even remember that RTÉ came down to do a programme on us. There was no other footballers in the country with their own personal gym programmes.

“We had a very elaborate programme in place and I’ve since spoken to the likes of Pat Gilroy about it and it’s exactly what Dublin followed. They took the template that we had in place at that time and it has certainly served them well.”

NAVAN, 2002
Upon the announcement of his departure, on June 27, 2003, Carr made a statement in which he highlighted his disillusionment at the support and development of the game in the county. He would have loved to have remained in place to see the fruits of his labour and the early work that he had done, but it wasn’t to be.

However, he insists that the Louth result is always the first he looks for post-match. One gets a sense that his experience in charge was a mostly enjoyable one, as he conveys through the way in which he speaks of his former players.

But, for all the revolutionary work he did, his reign will always be remembered for the qualifier loss in Navan in 2002. Not for the replay win over Longford, or the 19 wides they kicked in losing to Kildare in the Leinster quarter-final that same year, or even for the 13-point drubbing to Dublin in 2003. Louth were cruising, four points in front with 70 minutes played and poised to send the previous year’s All-Ireland finalists into the abyss, until Armagh referee Brendan Gorman intervened.

“I remember the head of the referees association contacting me after that game to apologise over the refereeing that particular night. We played all the football against a good Meath team in Navan.

“I was trying to get Seamus O’Hanlon out on the field and it was ridiculous because the third official kept saying to me: ‘It’s over Paddy, it’s over, he’s going to blow now’.

“That referee to my recollection didn’t get another inter-county game of football. He just got spooked because it was a cauldron there that night. I know the significance of that, had we got out of Navan having taken Meath on and beaten them, it would have propelled Louth football on a huge amount.

“The players had given me a huge commitment and I would certainly say for a lot of them that that was their deepest hurt in football because we played wonderful football that night, we played with freedom in our hearts and we cut loose. We had a real knowing going into that game that we were going to rattle Meath.

“That game was going to go on for another five minutes. There was no question about it because I think the referee made the mistake of instead of refereeing it, he actually tried to make a game of it. There was a number of times where our players went down the field and were in shooting positions and were fouled blatantly. He just wasn’t experienced enough to understand that shocks can happen.

“I’ve tossed and turned in the bed a number of times ever since that particular night. I really loved those group of lads and it was just heart-breaking what happened us, and it still hurts.

“As you move through life, you realise that it’s not fair. I played in and managed at the highest level, but I never witnessed the devastation that there was that evening inside that dressing room. It was just heart-breaking because we knew we had a Meath team that was full of All-Stars and All-Ireland winners.

“Had we got out the gate that night…”

HIGHLIGHTS
The highlight of his term came in its early stages when the Wee County handed Kerry a considerable beating in Ardee. Earlier in that league campaign, the Reds had lost narrowly to Armagh.

“The irony of it all was that we pushed a really good Armagh team all the way and then we beat Kerry a couple of months into the programme, we beat Kerry very well, and those two went on to contest the All-Ireland final later that year.”

However, the ultimate sense from his tenure is one of regret. Had those working above him had the same foresight, how different things may have been. Leinster champions, All-Ireland champions, also rans, we’ll never know…