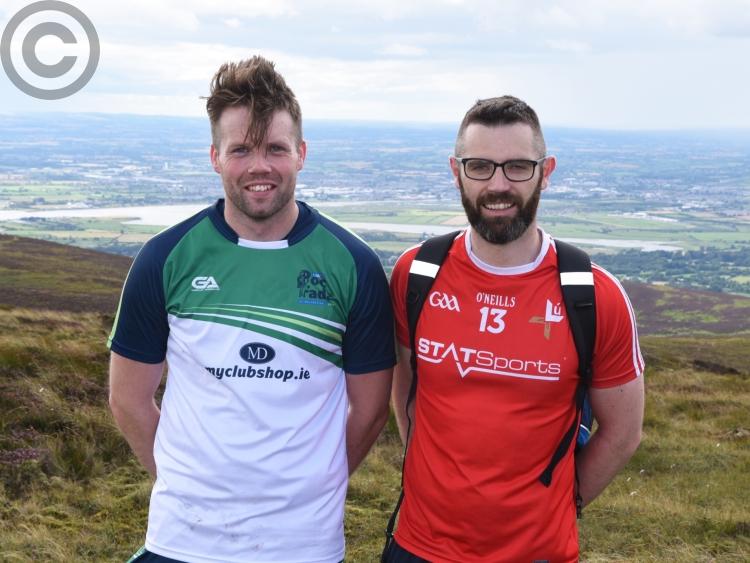 Louth hurlers will look to re-write the wrongs of a decade ago and secure their place in Division 2B of the Allianz National Hurling League for 2019 this afternoon (Throw-in: 1pm).

Philip O'Brien's side face Warwickshire at Trim in the Division 3A decider as the Wee County seek to end a 10-year wait for a league success.

The 2008 win over Donegal saw them secure their place in Division 2B for the following year, however, following a league restructure, Louth were denied their promotion and have remained put ever since.

Pearse Óg's Gerard Smyth played in their last league final victory, while he was also on the side that lost to Wicklow in 2012, and is looking forward to having another crack at breaking into the second tier today.

"The boys were saying the last day, it's a national final and not many inter-county teams get to play in national finals," Smyth told The Dundalk Democrat.

"In the 14 or 15 seasons that I've been with Louth, this is only our third National League final. They're very hard to get to and it's a lot harder to get to a league final (as opposed to a championship) because it comes at a time of the year where you're trying to sort out a settled XV. You're looking towards the championship and sometimes the league gets overlooked in terms of importance.

"But, at the start of the year, our aim was to stay up in the league and to get out of the group in the championship so we're kind of ahead of where we wanted to be. The division was really close and other than the Roscommon game, obviously, we didn't lose another game, we were competitive."

He agreed that it's a 'toss of the coin' final with seemingly very little between the teams. Their round-robin meeting produced a 1-16 apiece draw at Darver. It was a game where Louth felt they left victory behind them, however, as it turned out, it was the only game in which the expats dropped a point.

"But winning (this weekend) would definitely be a launching pad because we have to play Warwickshire in the first round of the championship in eight weeks so it will be our third time meeting them in a 12-week span."

He added: "This would be the perfect team to go up in Louth terms. We have a nice mix of youth and experience. You look at the underage teams in the county, we have a lot of good lads, and it's a long time since we have had such an influx of youth in one year."

Knockbridge's Liam Molloy was one such name he mentioned as coming into the panel this year, even if his progress has been hindered by injury. He also alluded to the likes of Darren Geoghegan, younger brother of another panel member, Ronan, Feidhelm Joyce and Pádraig Fallon, each minor championship winners with Naomh Moninne in 2017, as players to watch in the coming years.

However, few, if any, have the experience of Smyth and fellow clubman - and Louth captain - Shane Callan when it comes to finals and, unfortunately, losing in them.

"Shane and I share a joke that we always seem to lose more finals than we win. Over the years, we have been in intermediate football finals (Na Piarsaigh) and I think we lost six Senior Hurling Championship finals with the club in a row. I'm not sure if we're the bad luck, but I'll know if we retire and they start winning finals," he quipped.

Added to that list of final defeats is four Nicky Rackard deciders. In all, their winning return in national finals is two from seven. However, if all goes to plan, the long-serving pair can add a third inter-county winners' gong to their collections on Saturday and get Louth into Division Two a decade after they were robbed of the honour.