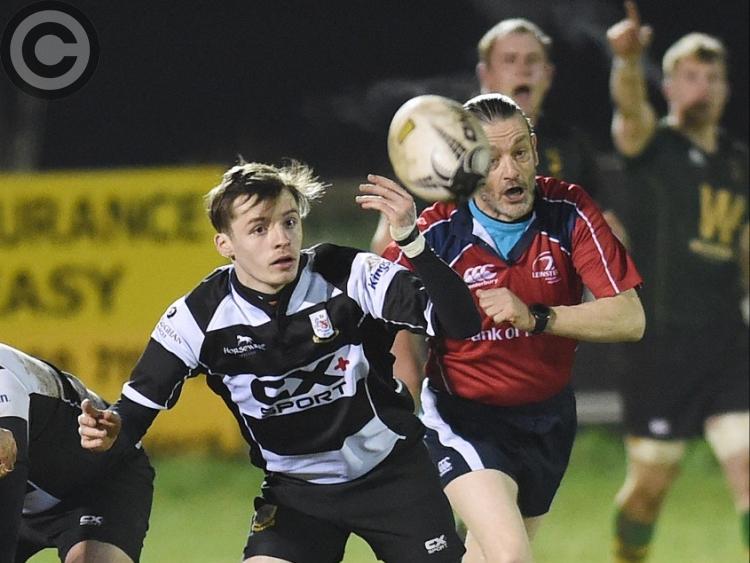 Boyne RFC secured their second win at Mill Road this year to progress in the Towns Plate on Friday night as Dundalk RFC lost their third game in succession.

The visitors were the dominant force from the off and they held much of the possession over a scrappy 80-minutes of play in near-freezing conditions. Much like in their last meeting, Boyne's pack took control, giving them the platform from which to secure a relatively comfortable and thoroughly deserved triumph.

Indeed, both of their tries stemmed from scrums on Dundalk's five-metre line as number eight Karl Keogh controlled the ball at the back of the maul before touching down at the tail as Boyne rampaged over the whitewash.

However, it would be fair to say that this match will not be remembered for Boyne's front eight and their impressiveness, nor the individual performances of the likes of Gearóid McDonald in home colours. Instead, it was the referee who took centre-stage with some bizarre officiating which had both camps, particularly the hosts who sensed that they had been handed a raw-deal on several occasions, apoplectic.

Considering the pressure that Dundalk were coming under in the tight, it was non-surprising that their penalty-count mounted. Though it rose at a rate which did not seem to reflect their efforts, especially at scrum time where the whistler's pernicketiness became apparent.

He had penalised Dundalk six-times before Boyne finally took advantage with Keogh guiding his pack over before he added the extras to give the visitors a deserved 7-0 advantage.

Mike Walls' men threatened a reply at the other end with nice interchange between the Williams brothers, Robert - who was injured in the process - and Derek, though wing Ciarán Murray was unceremoniously dumped into touch as he eyed the try-line.

From that set-piece, Boyne came back with another forward surge and, while Dundalk didn't pay a fine on the scoreboard, they were reduced a player as scrum-half Jack Hughes received a yellow-card to mark his first-team debut. The 18-year-old felt entitled to tackle the ball-handler controlling Boyne's maul, however, the referee adjudged Hughes of foul play having taken out Keogh as Boyne honed-in on the line.

Cynical maybe, but it turned out to be a crucial interception as Dundalk hit back with a maximum return of their own down-field. In what was their first meaningful offensive phase, lock Hamish Walker was crucial as the hosts burrowed towards the line and Derek Williams was the man to profit as he stretched under the posts; leaving McDonald with a simple conversion on the stroke of half-time.

Keogh put the Drogheda side back ahead with a penalty early in the second-half as Boyne collected some reward for their initial dominance. The score seemed to be a turning point as they firmly wrestled control at the breakdown and, with the referee again on Dundalk's case, Boyne capitalised in somewhat controversial circumstances.

Having awarded a penalty against Dundalk at scrum-time, prop Ciarán Brannigan was singled out and sin-binned with the resulting penalty gaining considerable territory for Boyne. But, despite the line-out looking suspiciously lob-sided, the visitors were let proceed, forcing a penalty from which they drove over.

Dundalk's focus must now shift back to league matters with Wicklow RFC their opposition away from home on Saturday-week.