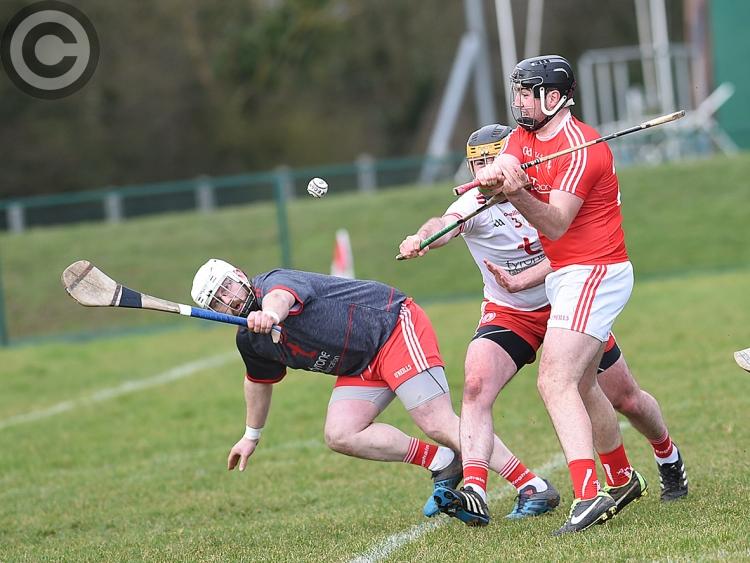 It couldn't have gone much better for Niall Arthur on his first outing in the Louth colours. Taking his place at full-forward, the Clareman scored 2-9 as his adopted county claimed a first league win in two years, in yesterday's Division 3A tie at Darver.

A well-contested match had its feature in the marksmanship of both Drogheda-based Arthur and Damien Casey. Eoghan Ruadh Casey chalked up 0-13, nine of his scores coming from frees; and for a it looked as if his effort would be enough to see Tyrone collect their first points after a defeat by Warwickshire.

The sides were level when Louth had half-back Andrew McCrave red-carded twelve minutes into the second half. But within a minute, Arthur put his side ahead for the first time since early in the match, and after adding two more points to his rounded off a fine display with a second goal.

That early Louth lead came when, after only a minute's play, Shane Callan scored a cracking goal.The Pearse Og player didn't bother to put his hand to the sliotar after it had come in from a sideline puck; he met it in flight, giving Conor McElhatton in the Tyrone goals no chance.

Callan, one of the side's most experienced players, started on the but was moved back to centre-half following the dismissal of McCrave. He played his part in a win that will be welcomed by , Philip O'Brien.

Due largely to Casey's flawless free-taking, Tyrone fought back and at half-time ahead by 0-13 to 1-8. By then, however, Arthur had found his range, and continuing where he had left off, the sturdily-built Munsterman added 2-3 to his score, his second goal coming just before the final whistle.

Also figuring on the winning side was Gerry Arthur, a brother of top scorer, both of them members of the Inagh Kilamona club in their native county. Should they decide to get involved in Louth club hurling, St Fechin's are the most likely to benefit.