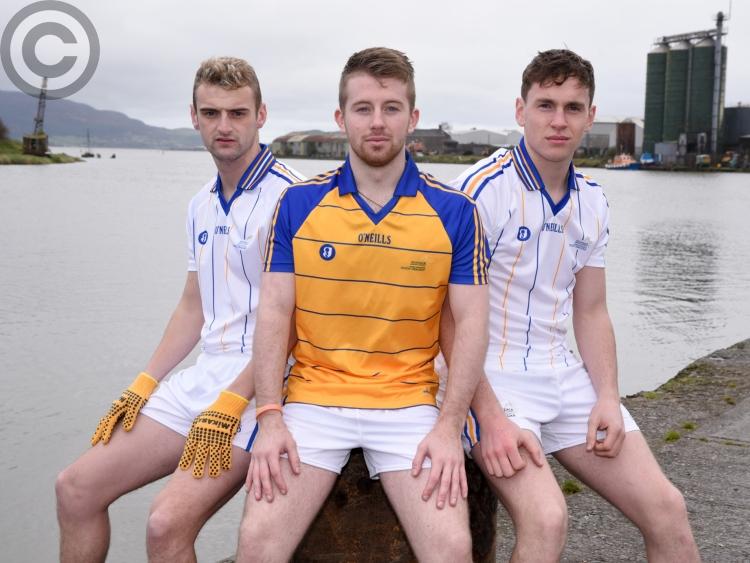 Tonight's Sigerson Cup encounter with DCU will be "a special occasion", according to DkIT manager Óisín McConville.

"I think the fact that this it is a night time game, it's in Dundalk and we haven't had too many Sigerson games at home. It does give it a special feeling," McConville told The Dundalk Democrat.

"It's a good opportunity for us in Dundalk to not only show-off as individuals and as a team from a footballing point-of-view, but also for the College to be able to show-off the facilities that are available for students because that's the lifeblood of not just the College, but the sports teams and the clubs and societies. Getting people to come to DkIT," he added.

Speaking ahead of their preliminary round encounter with Trinity College last week, McConville admitted that having DCU at home in this round was a major carrot. However, now, it's a case of getting his team ready to give the performance of their lives as the Dublin outfit boast inter-county players in every position.

"The thing that has amazed me about them, not only is there nobody from this region involved, but there are only three players from Dublin out of a squad of 30 and I find that amazing because DCU is a College which you associate with a lot of those Dublin players down through the years.

"That's not the case this time and they have players from Roscommon, Mayo, Kildare, Meath and all-over the country and I suppose, in that respect, it makes it tough for us to find out bits and piece about them.

"They're probably lucky in that they have already got a bit of a look at us, but even if I had to have got a look at them, I'd still be playing the same way as I'm getting the team to play at the moment. There'll be no secret to the way that we'll play. We'll go at it and have a cut off them.

"Have we room for improvement, yes, I think we have. We get very few opportunities to get all the lads playing together and that's something that I've been saying for some time. Even when we play challenge matches, there's always somebody missing somewhere along the line and I think the Trinity game was the first time we had a full group together so they're still learning about each other and how to play together.

"That's the thing about College football and St. Mary's are a prime example of that from last year. A team who go on a run, they do improve every single game and I understand that we're going to have to improve ten-fold to win or even be competitive against DCU."

During the conversation, the elephant in the room related to whether McConville believes his troops are capable of overcoming the mighty Drumcondra-based side. And, when asked, he gave the following response.

"There are two ways to answer that question," he said. "Six-or-seven-years ago when I went the College, I put a challenge to a group of players and we didn't react to it the way that we should've.

"There's a lot more trust in the panel currently and the boys realistically feel that if they bring their 'A' game that we can cause DCU a hell of a lot of problems. Can we beat them? If everything was to go right for us, why couldn't we? We have got to take hope from St. Mary's last year who beat them in their own back-yard.

"If we were playing St. Mary's on Wednesday night, would we fancy ourselves? Yes, we probably would. That's the thing, we have got to be realistic about it in that they're hugely talented and they have such a pick of players with inter-county experience, but I have a crowd of lads that I trust and that will give me absolutely everything.

"Our boys are a team, they know each other, they have the craic together, they together and they're a fairly tight-knit bunch and in that lies our strength in that we are better than the sum of our parts.

"It's a tough task, but it's a challenge that we're looking forward to and I think that if everything goes right for us, it's a game we can win," McConville added.