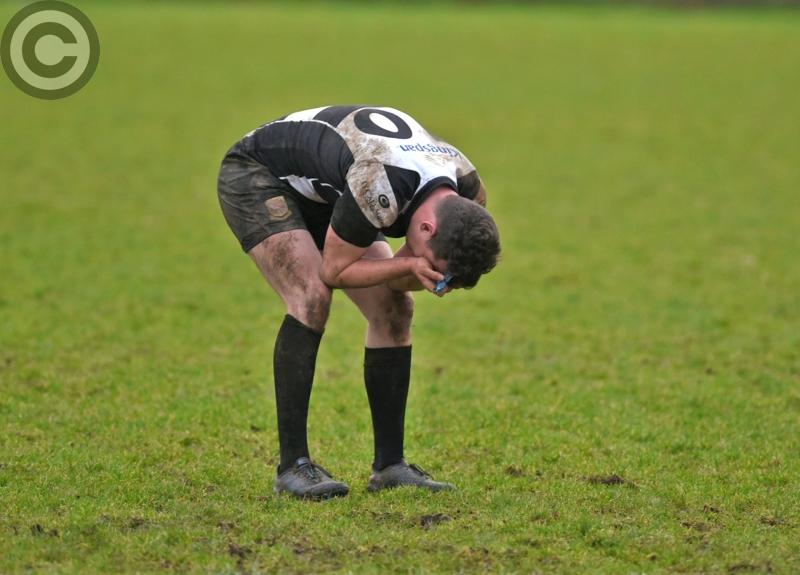 Provincial Towns Cup Round One

Mike Walls' side looked to be in control of the match having led by two-points approaching the 80th minute. But it wasn't to be the hosts' day as, after awarding North Kildare a contentious penalty which they converted on the stroke of full-time, referee Mark Jenkinson penalised Dundalk's Jonathan Gray for holding on in the ruck as they attempted to rescue the situation.

With Gearóid McDonald waiting in the pocket for a drop-goal attempt, the referee's decision became all the more frustrating, especially considering a North Kildare player looked to have been off his feet as Gray attempted to filter the ball out.

The defeat means that Dundalk's Towns Cup aspirations are ended, though they have the consolation of a Towns Plate outing on Sunday week.

Defeat looked far from the reckoning after Dundalk's good start. Having dominated the early exchanges up front, the hosts were able to generate good field position while playing into the breeze. This despite some difficulty in the line-out.

It would be 25-minutes before they would translate their strong start into points, though. Daragh Conroy had begun brightly on the wing and he was centrally involved in the match's opening try. A kick in behind from Robert Williams was brilliantly chased by Conroy who collected and fed his supplier as Dundalk crossed the whitewash. Gearóid McDonald miscued with the extras attempt to leave the home side 5-0 in front.

But North Kildare would finish the half the stronger, converting a penalty in response to Dundalk's five-pointer before they went over themselves after applying a period of pressure. The conversion saw them go to the interval 10-5 in front.

Once again, Dundalk grabbed the initiative at the beginning of the second-half with handling errors costing them at crucial stages prior to a fine McDonald kick into touch deep inside visiting territory. Having claimed the resultant line-out, Dundalk mauled forward and Gray profited to go over for his side's second try of the contest. McDonald converted to put the hosts in front; 12-10.

Another penalty from North Kildare restored their narrow lead before McDonald replied with his own three-pointer off the tee to move Dundalk ahead once more.

But North Kildare finished as they launched one final attack. An attempt on the was held-up. However, that only temporarily relieved the pressure , eventually, referee Jenkinson adjudged Dundalk to have fouled in the ruck. A penalty, in the final minute, was awarded and converted.

The match continued into a sixth additional minute with the ball remaining in play until, with McDonald primed, Gray was penalised for not releasing. With that went Dundalk's Towns Cup hopes for another year.