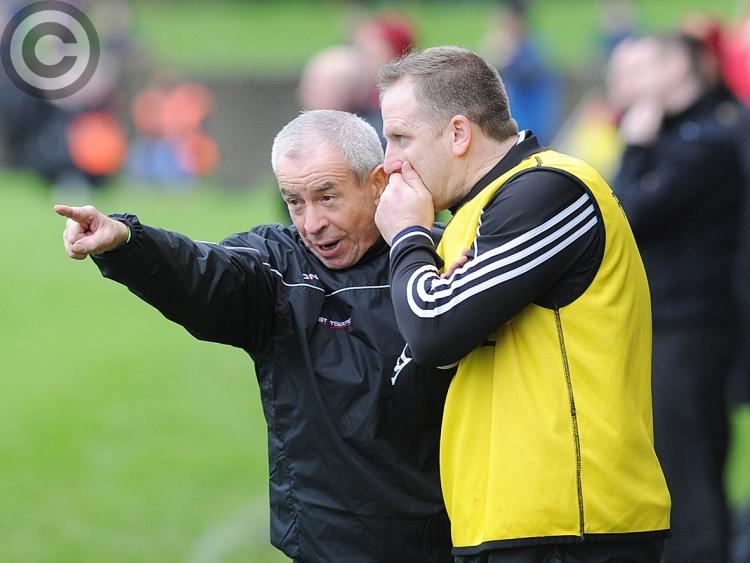 While clearly disappointed with the outcome of Sunday's National League Division Two opener against Down, Louth manager Pete McGrath took some pride in how his troops battled to the end.

"The team never quit," McGrath said after the game.

"There were men in the team who were just driving the thing on. It was just a pity that we went so long in the second-half with the breeze at our backs without scoring. That let Down off the hook to an extent.

"I think in the first-half against the breeze, the first 15-minutes we played exceptionally well and controlled the game to a large extent. At we were behind with the wind at our backs in the second-half, but I said to the players that the breeze will not win it for us and that we have to maintain possession, compete and be as energetic and determined as we were in the first-half.

"We started off the second-half quite well and then we lost our way. We let them get too far away given the fact that we had the breeze.

"That surge that got us back to within two, at that moment in time if you were sitting in the stand you would be saying 'this could go either way'. But they just got that break with the ball squirming into their possession and that unfortunate kick-out by Craig (Lynch) gave them another point and that gave them the gap they needed," McGrath added.

The incident the Wee County boss alluded to was the quick-fire concession of two-points after his side had cut their deficit to two following a scoring surge at the beginning of fourth-quarter. Ultimately, that's where the game was decided, according to McGrath.

"We had worked so hard and put them under pressure to get it back to and then, in literally the next two attacks, they gave themselves the safety margin of four and we really had a mountain to climb from there. We were going to need a goal that we really didn't look like getting. It was always going to be difficult after that."

On his league debut, William Woods finished as Louth's top-scorer with six-points. The Naomh Fionnbarra man impressed his manager, however, McGrath singled out teenage full-back Emmet Carolan for particular kudos.

"It's just a pity that in the second-half we couldn't get more ball to him (Woods), but he was certainly a threat.

"I thought young Emmet Carolan at full-back on Connaire Harrison was excellent, while James Craven (the other staring debutant) again put in a very, very good shift.

"It's a youngish team and most of the players today played with great credit and played with the type of spirit, energy and dynamic that we're going to need going forward," added McGrath.