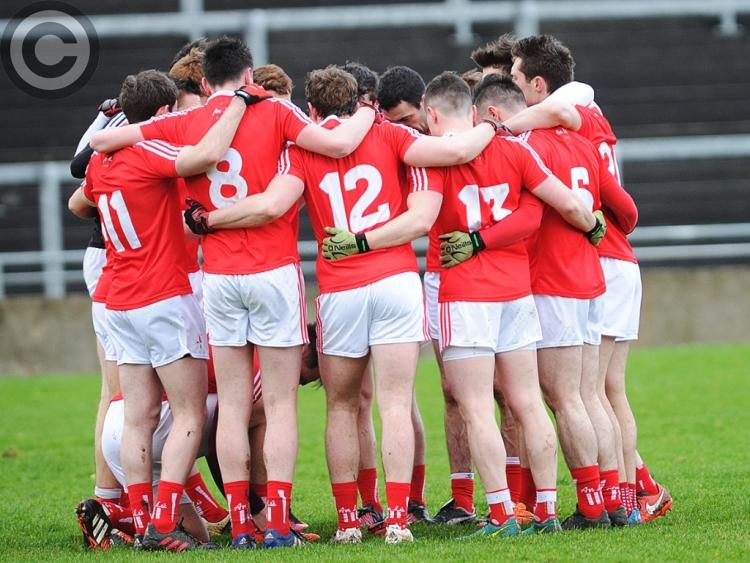 Louth's return to Division Two ended in a comprehensive six-point defeat to manager Pete McGrath's native County Down at the Gaelic Grounds this afternoon.

Despite a bright start and having had the strong breeze at their backs for the second-half, the Wee County never got closer than two-points during a second-period which had something of an inevitability about it.

Down were already well in control by the time they sprung stalwarts Kevin McKernan and Darren O'Hagan from the bench and, while there was a resurgence entering the third quarter from the hosts, Connaire Harrison's late 1-2 salvo helped the Mournemen to the finishing line in front.

Louth had started the brighter with William Woods on target twice from placed-balls. However, by lacking width in their play, the Wee County found it increasingly difficult to break through a well-organised Down rear-guard as the opening-half unfolded.

Thus the Mournemen began to dictate, reeling off five of the next six-points with Woods offering Louth's only response in between - their first score from play.

Six of Down's seven first-half scores were from play, while Louth managed just the two, the last of which came from Tommy Durnin to temporarily cut the gap back to the minimum.

The hosts had the clearest-cut goal chance of the half when Gerard McSorley latched on to a breaking ball to dribble goalward. Though, as the target narrowed, McSorley was forced to hastily pull the trigger with his shot dragging across goal and wide.

Durnin got Louth on the board early in the second-half to cut the gap to 0-7 to 0-5. But the next four-points would go the way of the visitors as Down again pulled clear.

Louth gave their supporters hope by reeling off four-points on the trot to reduce the deficit back to two with Derek Maguire on target twice from range, however, an All-Star nominee last year, Harrison struck 1-2 in the closing minutes to put on what was an impressive display from the five-time All-Ireland champions.