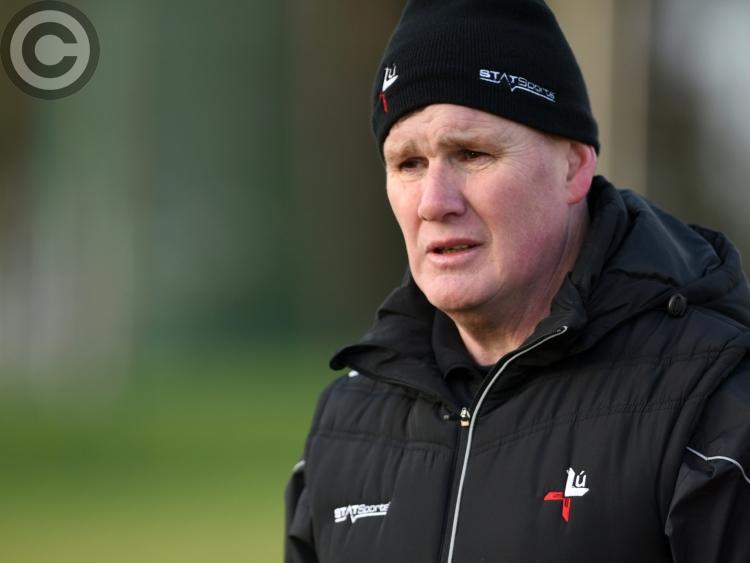 Louth hurling manager Philip O'Brien has encouraged positivity ahead of their Allianz National Hurling League Division 3A opener against Roscommon on Sunday.

The Wee County are coming into this year's league with fresh optimism having rounded off their Kehoe Cup campaign with a comprehensive victory over DCU, St. Patrick's.

And, with the returns of many of the county's established players, O'Brien feels his side are "moving in the right direction". However, he has accepted that this weekend's assignment is a particularly tough one.

"We'll be targeting every game and trying to win every game," O'Brien told The Dundalk Democrat. "But I suppose we have got to be realistic as well because there's a strong tradition of hurling in Roscommon so it's going to be a real leveler for us to see exactly where we are.

"I'm happy enough with how we went in the Kehoe Cup, we probably should have had three wins. Wicklow, we should have beaten Wicklow and it looks like they played a lot of their 'A' team against us so I don't know what way the competition was run, but they did play a lot of their (first-team) players against us.

“But, I suppose looking at the three matches, we have been getting the performances, but we're not getting the results. I mean the team's playing well and the team defensively playing well. We are dominating the games and for 55%-60% of the game we have possession, but we're not finishing and that's what I'm trying to get us to improve so that we can convert our chances.

"Anyone who seen us play against Wicklow, and even the Wicklow management said to me, 'you should have won by five-or-six-points'. Anyone who saw us against Longford likewise, we're not converting. It's about converting our chances when we get them, that's where I want us to get to, and probably against Derry and Armagh in the championship last year, the same thing happened to us. We just didn't convert.

"I don't know how good Roscommon are, but it will be a great benchmark for us to see where we are because Roscommon in a higher division last year and I know they pushed Meath, who won that division, to three-points in Navan. I was at that game and they should have beaten Meath, so that's what we're up against," said O'Brien.

However, the Meath-native, who is in his first season in sole charge of the team, remains highly optimistic about his side's capabilities.

"I've great belief in our team," he insisted.

"I think our 'fellas' are a really solid bunch of lads and I keep saying it, if we get the best lads in Louth, we mightn't be blessed with the numbers of clubs that they have in Roscommon and these places, but we have good, solid hurlers. And if they do the training and stick to the training, which they are and we have got a good pre-season in since we started in November, that will stand to them.

“Last year, I wasn't in until December so we were late starting and I was only getting to know the lads really. But, this year, I think we're in a better place. I think we have to be positive. Hurling people in Louth love hurling and last year we didn't do ourselves justice," O'Brien added.

While the likes of Brian Corcoran, David Kettle Conor Kerrigan are unavailable through injury, O'Brien feels he has a much stronger group this year, particularly following the returns of Shane Callan and Ronan Byrne to complement the .

"They're a big plus," he said. "Shane is a natural leader, both on and off the pitch.

“He suffered a lot last year with chest issues so we missed him for most of last year. It's not just his ability, it's what he brings to the team as well, he encourages a lot of the lads, the younger lads to play for Louth and he's a proud Louth man. He wants to play for Louth.

"Ronan Byrne, I had a lot of persuading to do with Ronan and I've finally got him in. He's not up to the standard of fitness yet, but he's a big plus coming into the team and he seems to be a good guy at talking in the dressing room before games as well. He encourages lads on and he's a hurler, Ronan's a natural hurler.

“I think he's going to get better as well as it goes on once he does the training.

"Mike Lyons as well, he's a totally different player this year. He knows that he's probably getting on and he wants to put in a couple of good performances in his last few seasons. Andy McCrave is another guy who's really knuckling down and in a good place. You take Andy McCrave, Mike Lyons, Shane Callan and Ronan Byrne, there's fierce experience over your six backs," the Louth manager added.