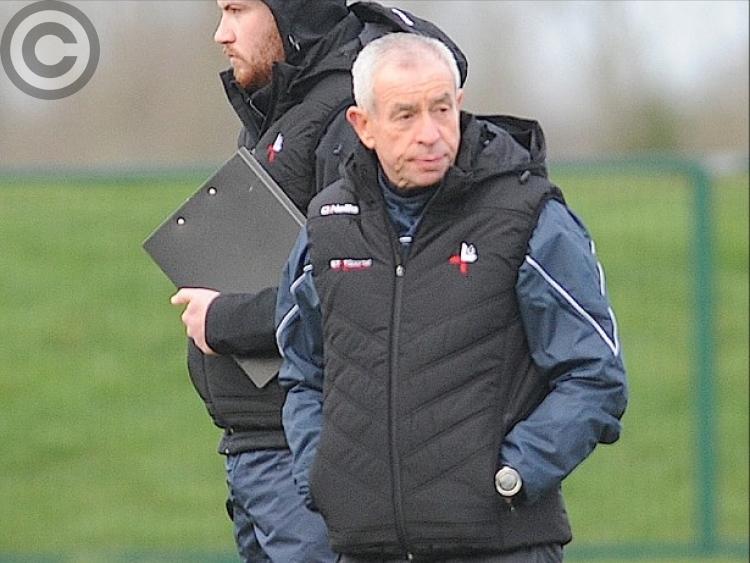 Granted it may take time for Pete McGrath to put his stamp fully on his new charges, but, from listening to centre-forward Jim McEneaney, it's clear the Louth players are buying into what the former All-Ireland winning manager is trying to implement.

"His reputation would have made you listen straight away when he came in the door," said McEneaney of the Down-native.

"He talks a lot of sense, he's been around the game a long time so he's very knowledgeable and he makes sure that everyone knows what's expected them, be it their work rate or other things.

"It's clear that he puts a lot of work into the preparation side of it so that we know exactly what we're supposed to be doing, whether it be backs, forwards, kick-outs, how we're setting up, our game plan. He's very meticulous in terms of going over those things," McEneaney added.

However, the most telling line from the Geraldines man's appraisal of his new boss related to the confidence that he in his players.

"That (his thorough preparation) breeds confidence into players in that you know exactly what you're supposed to be doing and why you're doing it.

"He doesn't speak too much to the point he's constantly trying to get things across either. He lets the lads (Declan Mussen and Wayne Kierans) get on with coaching when they're coaching and then he'll come in with his pieces. He's a great person to have on board."

Perhaps the key to McGrath's positive introduction has something to do with his treatment of the players. Following three-years under Colin Kelly, McEneaney admits that the new manager is requiring the side to play a slightly different way, something which has been largely embraced.

"There are differences (between McGrath and Kelly), yes. People have different opinions on how the game should be played and I suppose Pete is a different character to Colin. But change always brings different things and it's been going very well so far. Everyone has responded really well to him and you can see in the performances how certain things have changed. Pete's been around for so long and he's been involved over the time that the game has evolved.”

The Down match on Sunday will see McGrath and selector Mussen, also a Mourne man, attract publicity for obvious reasons. Asked if the game held the key to a successful league campaign, McEneaney admitted that a good start is paramount, but insisted that they won't be 'targeting' games as such. This is another thing 64-year-old McGrath has insisted upon.

"You're always going to be targeting a good start as it's had us in good stead over the last couple of years, getting points on the board early,” said McEneaney.

"You hear at different times about targeting different games, but as Pete alluded to, you're going to be trying to win every game so it's not necessarily a case that we'll be targeting specific games, or home or away games.

"We'll be looking at Down at home and two-points at stake. People will probably want to big it up with Pete and Declan being from Down, but it's just a game that we'll want to win.

"Then we have Cavan down in Breffni and they wouldn't be a team that we'll fear. Going away from home is nothing that fazes us. It'll be another game that we'd be hoping to win."

Six-years since making his debut with Louth in a National League opener with Westmeath, McEneaney has played in three divisions with the exception of the top-flight. That 'yo-yo' tendency is not something the team will want to sustain in the short-term, but strictly saying that avoiding relegation is the aspiration is not something the Wee County's playmaker-in-chief is willing to do either.

"To be honest, we haven't really looked at end goal, the last week of March or where we'll be sitting. People probably would have put the same question to us last year looking at Division Three, asking if it was just a 'staying in it' sort of thing and we ended up getting promoted.

"As a player, being honest, we entered Division Three last year and wanted to get promoted because ultimately you don't want to be entering a competition that you're not thinking about winning and if the same happens again this year and I'm sitting here next year talking about Division One, that would be a great thing.

"It's not the cliched side of it listening to interviews, personally, I hate that side of it, but it will just be one game at a time and if you're in a certain position after five or six games, either looking towards promotion or staying up, it will still be a case of trying to win the next game.

"But, it will all probably depend on how we start in the first two or three games so we'll have to be ready for them," McEneaney added.