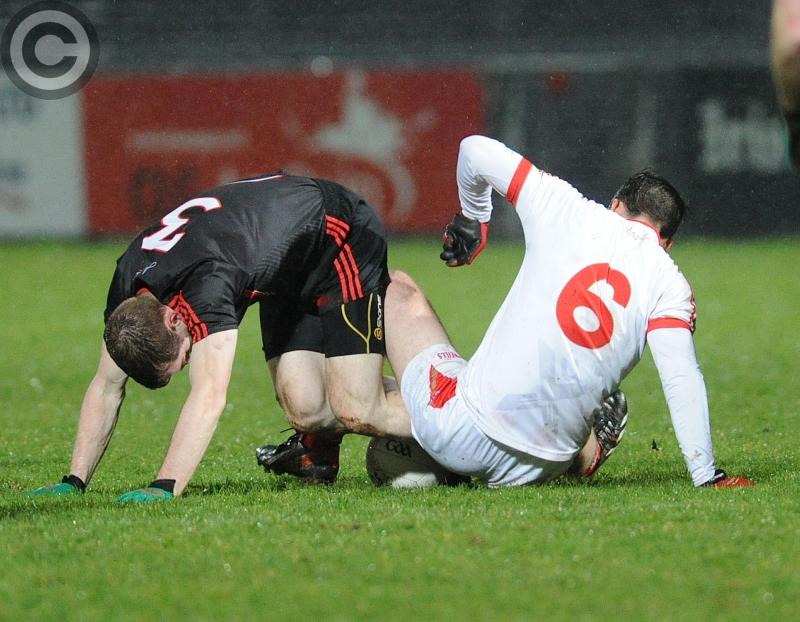 Sloan, a former player with Roche Emmets, is a highly regarded fitness trainer and is currently involved with the Down senior team for the fourth successive season.

Former Mourne County manager Jim McCorry was responsible for getting Sloan on-board ahead of his one and only campaign in charge and new boss Eamonn Burns has kept the Louth-native involved as he enters his third season at the helm.

"Jim took me in and he had the one-year before Eamonn came in and this is my third season now with him," Sloan told The Dundalk Democrat.

"I look after the strength and conditioning side of things and put structures in place for the players in the gym and obviously out on the pitch as well, and hopefully they respond to it.

"All of the boys put in the work that's needed to help themselves improve and, in a knock-on effect, that helps to improve the team which is the main focus,” said Sloan.

While he's been involved in the Down camp for challenge matches with the Wee County, this is the first competitive meeting of the two in the trainer's time.

"I suppose this is the first time playing Louth competitively. We have had a few friendlies, last year we played them twice in friendlies and the year before we played them once and they were always very close games.

"Last year, we had a friendly in Newry and it was quite a heated match for a pre-season friendly, but, yes, this is the first time we'll have been playing them competitively and we're looking forward to playing them.

"It's the first league game for both so it's going to be huge for both teams, but hopefully we get on the right side of the result."

But, due to his background, 'slagging' ahead of the game is inevitable. However, Sloan's never slow with his answer.

"Since the McKenna Cup ended, we have started to focus in on the league so there will be a wee bit of banter in the build-up to the game, but it will be nothing more than the usual slagging.

"As I joke with them, it says Down on my passport. I was born in Newry so that gets me out of that," he quipped.