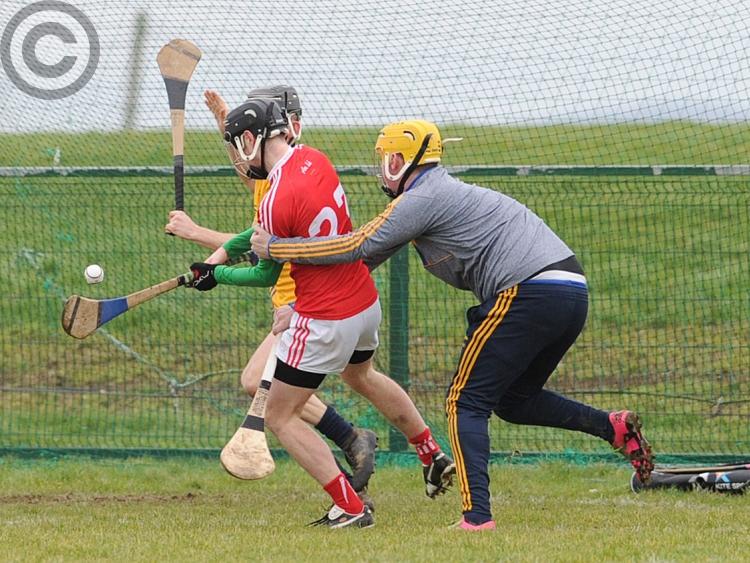 Louth hurlers secured their first win of the year in their final game of the Kehoe Cup against DCU St. Patrick's on Sunday afternoon in Darver.

The conditions in the Centre of Excellence typically played a part in the outing and Louth, having played with the wind in the first-half, used the gusts to their advantage, registering a total that the visitors were unable to match.

The home side built-up an unassailable lead of 13-points going in to the dressing room at half-time. Michael Ryan was the main benefactor in this weather-assisted period, the St. Fechin's corner-forward bagged two-goals and also assisted Ronán Geoghegan’s major.

Paddy McCormack impressed on the forty, helping himself to two long range points, while Geoghegan's accuracy from frees punished the University side at every opportunity.

Dean Whelan fired three-in-a-row for DCU St. Pat's, but Louth’s physicality was key over the slight students. Andrew McCrave along with Mark Molloy threw their weight in to tackles and gaining the extra advantage any time they went in to contact, powering through the middle sector.

After seeming quite disinterested against the wind, the Students, to their credit, made the scoreline respectable in the second-half. Kevin McNally was forced to produce a couple of fine saves before Jamie Byrne finally broke the seal, netting the away side's goal.

But, comfortable in their lead, Louth emptied the bench and with the help of three-points from midfielder Molloy, they eased to their maiden victory of the new year.