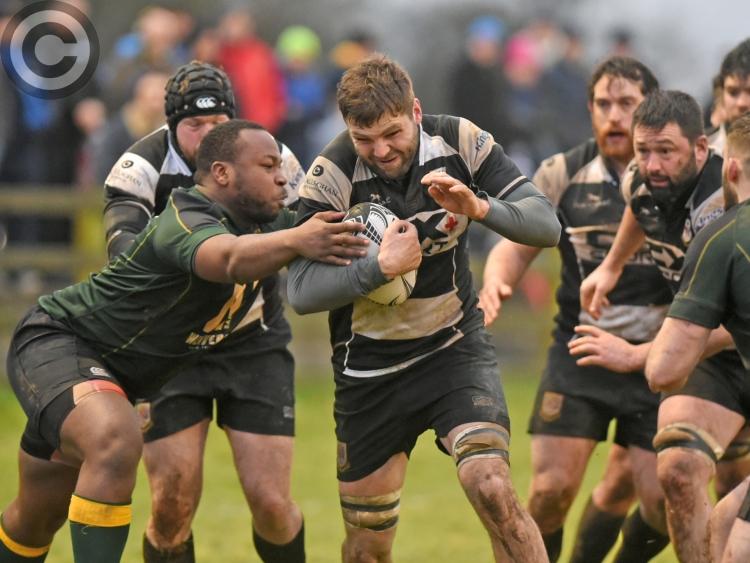 It was the proverbial game of two-halves and ultimately one Dundalk RFC will look back upon with regret. They simply never got going in the second-half of Saturday afternoon's Mill Road meeting with Boyne RFC.

A carbon copy of the reverse fixture earlier in the season, only the opposite way around as Boyne boosted their survival prospects from the unlikeliest of positions. The match had looked a foregone conclusion at the break with Dundalk well ahead, however, as weekly observers of the hosts will know, their clinical nature in attack is matched by a sometimes generous rear-guard.

All of the optimism harvested from last week’s superb win away to Ashbourne RFC, which kept the promotion dream alive, vanquished in tandem with Boyne’s last gasp penalty-try. Mind, even a draw would have been scant consolation for Dundalk whose title hopes have all but ended.

While this season has produced many highs and encouraging performances, their home form - in comparison with their five from five record on the road - has been a hindrance. This being their fourth loss at home, double the tally of wins.

It looked so promising when Hamish Walker crashed over inside five-minutes for the game’s opening score. The lock had the enviable task of profiting from Mike Walls’ beautiful offload on the five-metre line. Gearóid McDonald - who kicked splendidly throughout - converted.

Dundalk - with the aid of the breeze - continued to dominate with McDonald registering a penalty to extend the gap. But from the resultant kick-off stemmed the moment that halted the hosts’ relentlessness as David Whately was punished for not releasing having gathered the re-start. Karl Keogh was successful from the penalty as Boyne got themselves on the board.

And the visitors expressed their intent definitely when obliterating Dundalk in the scrum at the beginning of the second-quarter. It may have proved a false dawn immediately as the home side got their second try moments later, but, as the tie progressed, their pack’s supremacy agonisingly wore Dundalk’s forwards down.

A superb kick-chase by Derek Williams saw him force a knock-on from which McDonald’s penalty looked to be curling in nicely from the touchline. It didn’t bend enough, though, instead striking the post and falling into the gracious arms of Adam Brodigan. However, the centre’s pass to a colleague in the end-zone wasn’t quite accurate, thus allowing Laurence Steen to collapse on the ball for the home side’s second five-pointer. McDonald again added the extras to send Dundalk to the break well clear; 17-3.

That was as good as it got for Dundalk in terms of dominance as Boyne wrestled the initiative after half-time. Straight away the signs were there as Walls kicked out on the full before repeating the mistake moments later. This gave Boyne an attacking platform, but more crucially the territory that they lacked during the opening 40-minutes.

The penalties started to come, one of which Keogh slotted over to reduced the gap by three before wing Kevin McCleery crossed the whitewash after a Boyne barage. The conversion attempt was missed.

However, the decisive moment was still to come. Having been moved to full-back in a positional shuffle, Daragh Conroy slipped when attempting to collect a kick through and how costly it proved as McCleery hacked the loose ball on before finishing in the corner. Keogh converted to put the winners in front for the first time.

While their second-half play was superior, Boyne gifted away opportunities too as Walls cheaply crossed to restore Dundalk’s advantage in their only meaningful venture forward. McDonald failed to add the extras, but when he slotted over a penalty moments later the home side led 25-18.

But, equally as much as the early-season defeat to Ashbourne lingers, the last nine-minutes of this game will leave a bitter taste with the hosts for some time to come. They were camped inside their own ‘22, conceding penalty-after-penalty until the pressure eventually told. Keogh went over after a brutal passage of play and added the extra pair of point to draw the game level.

And a frantic finish had a dramatic conclusion which saw both sides reduced a player apiece - Dundalk’s Joe Marks being sent to the sin-bin, while Brian Howell was red-carded for Boyne for his part in a minor melee; in between which Boyne grabbed their match-winning penalty try when referee Sam Holt’s patience with Dundalk’s back-tracking pack finally wilted.

The hosts attempted a rescue mission, though this fell well short. As, unfortunately, has their promotion prospects. A thriller.