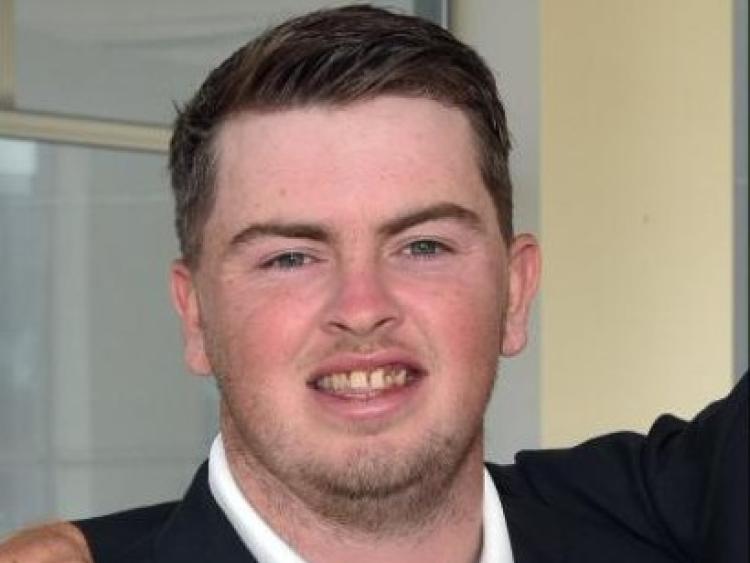 Irish international Caolan Rafferty has received honorary membership of Dundalk Golf Club after he became only the sixth player from the club to make a senior international appearance.

Rafferty made his international debut at the Home Internationals in August and finished as the competition’s top scorer with five-points out of six as he made a significant contribution to Ireland retaining the trophy for an unprecedented fourth consecutive time.

Rafferty has followed in the footsteps of Walter J Carroll, Charles A Carroll, Mick Ferguson and Barry Donnellan, who were Dundalk’s previous senior men’s internationals, and Yvonne Cassidy who was a ladies international.

“This year was a tremendous one for Dundalk Golf Club as we produced three internationals,” said outgoing Captain Michal Coburn. “Eoin Murphy and Josh Mackin played for the U18 and U16 teams respectively while Caolan bridged a 65 year gap to our last men’s senior international. Everybody in the club is very proud of what Caolan has achieved this year. He is a great inspiration to everybody in Dundalk.”

Rafferty admitted he was honoured to receive such a special recognition from a club that has already given him tremendous support.

“It’s not something that is easily got so it is a huge honour for me to receive it. I really appreciate everything the club has done for me. They have helped me to play in tournaments here and in Britain and all the members have been following my progress very closely. It’s great to come back to the club and have people asking you about the championship you have just played in,” said Rafferty.

His other big individual win of the year was in Colomiba at the Fedegolf Championship where he also partnered Tiarnan McLarnon to victory in the Team Event. That was his first big win as an elite golfer and he admits it is a big breakthrough.

“I’ve won a few Scratch Cups but Colombia was the first big competition I have won. To also win the team competition was special as it was the first time a team from Britain or Ireland had won it. I went on and won the Irish Universities and now I am looking forward to next year and trying to win one of the major Championships. It would mean a lot to me to bring one of those trophies back to Dundalk.”

Rafferty also claimed leading qualifier honours and course records at two of the biggest championships during the year. At the British Amateur Championship he led home 280 of the world’s top amateur players and also managed to set a new course record over the Princes course. He repeated the feat at the North of Ireland Championship where he set a new mark for the Dunluce course at Royal Portrush and then reached the semi-final of the Championship itself.

He also reached the quarter-finals of the West of Ireland Championship and the Irish Close and finished 10th at the East of Ireland. There was a seventh place at the Lytham Trophy in England, a second place in the Laytown & Betystown Scratch Cup and a third place in a spirited defence of the Dundalk Scratch Cup behind international colleagues Colin Campbell and Tiarnan McLarnon.

As well as helping Ireland to victory in the Home Internationals, Rafferty also led Leinster to a three-in-a-row in the Interprovincial Championships where he finished as top scorer winning 5.5pts out of a possible six.

Not surprisingly, Rafferty won the Leinster Senior Order of Merit to round off a memorable year and he realises it is going to tough to match those achievements in 2018.

“Obviously I want to do well in the major championships and I want to keep my place on the Ireland panel and make the Home International team again. The Eisenhower Trophy is being played at Carton House in September so making that three man team is a target as well.

“I also want to win a pennant with Dundalk. We have some good young lads coming through and we are all determined to do something with the club.”

Having just recovered from a rib injury sustained in a freak accident, Rafferty is currently preparing for 2018 in Maynooth University where he has just started studying Business Management.

“I am really enjoying it and Barry Fennelly has been a big help to me. We have got access to physios and psychologists and I am also in gym and doing things like yoga. I am fully focused on my studies and my amateur career for the next three years. After that we’ll see what happens.”