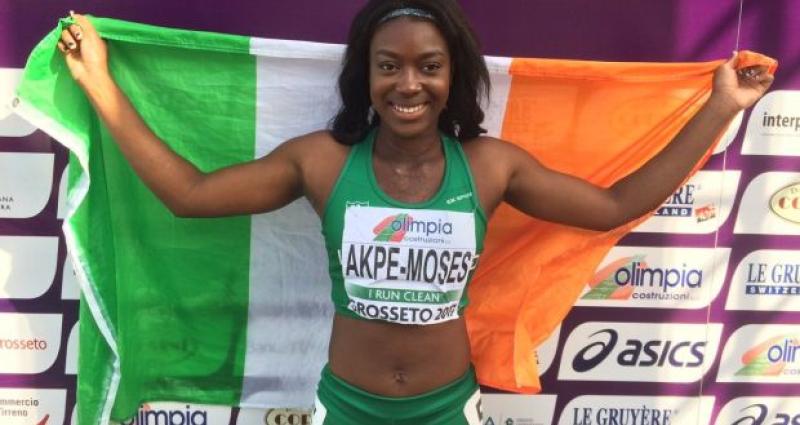 Gina Akpe-Moses has been shortlisted for the inaugural RTÉ Sport Young Sports Person of the Year award.

]The Blackrock AC athlete, formerly of St. Gerard's AC, has enjoyed a stellar year having claimed Ireland's first goal medal in 12-years in the 100m event at last summer's European U20 Championships in Italy.

Presenting the inaugural RTE Sport Awards Young Sportsperson of the Year award. And the nominees are... #RTEsportawards pic.twitter.com/mY8REcBWYz

Akpe-Moses, who now resides in England, has already scooped the U20 Athlete of the Year gong following last week's Irish Life Health National Athletics Awards and she's now set for a push at the broadcaster's prize.

Up against her will be Kerry's All-Ireland Minor Football Championship winning captain David Clifford and talented Sligo swimmer Mona McSharry.