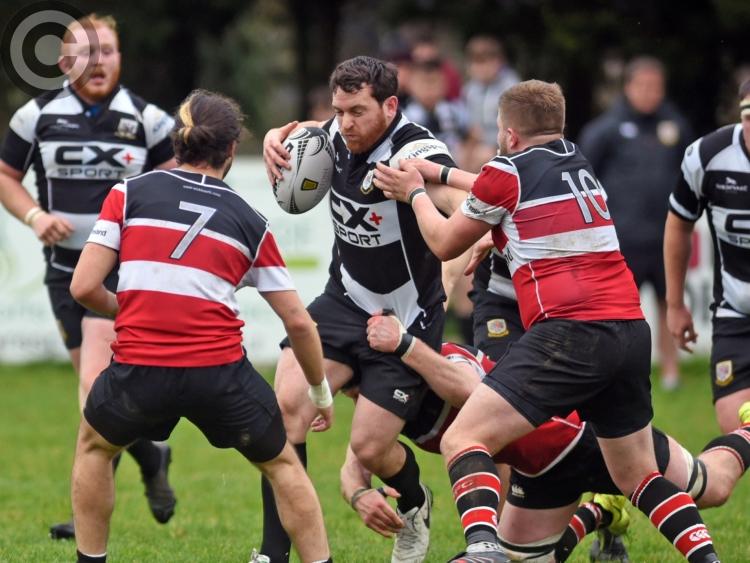 Dundalk RFC kept themselves in the promotion hunt with a memorable last gasp victory over De La Salle Palmerston in their final pre-Christmas league match on Saturday afternoon.

David Whately was the hero for Mike Walls' men as his 80th minute try sealed a hard-earned victory and prevented Palmerston from doing the double over the Mill Road side. While the victory, accompanied by Enniscorthy's 18-13 win over Ashbourne, means Dundalk will travel to the latter in January looking to draw level at the league's summit.

It remains to be seen how important this win will prove in the context of Dundalk's title push, but one thing's for sure, the league table looks a lot more encouraging than it did in the lead-up to Saturday's game.

Things didn't look very bright early in this match either as the hosts intercepted a sweeping move from Dundalk to score a try inside the opening three-minutes. But - with Palmerston having missed the conversion - the visitors upped the ante and they were next to score when an ingenious clip over the ruck from out-half Walls - playing the role in place of the injured Gearóid McDonald - was fetched by Derek Williams who in turn fed his brother, Robert, to cross for his third try in as many games.

Daragh Conroy - who moved from centre to scrum-half in a reshuffle of the backline - converted to put Dundalk 7-5 in front. A lead which the same player extended to double scores when finding range from a penalty.

Dundalk were in control of proceedings, however, much of Palmerston's memorable passages came as a result of the visitors giving away possession and this was once more evident as De La Salle registered their second try of the game before a penalty ensured they went to the break 13-10 ahead.

A Conroy penalty levelled the match upon the resumption before Hamish Walker profited from Enda Murphy's line-out claim to cross for his first try for the club. Though Conroy missed the extras attempt, the score put Dundalk in front; 18-13.

However, Palmerston would hit back strongly, levelling with a try of their own - despite the conversion being missed - and they went three-points ahead with six-minutes to play by converting another penalty attempt.

But Dundalk never gave in. After Derek Williams and Walls bundled a Palmerston player into touch, Dundalk went the length from the line-out with Tiernan Gonnelly and Whately running hard lines forward. Dundalk forced a penalty on the 22 from which Conroy kicked to touch and having negotiated the set-piece they showed patience before Whately crashed over as the clock struck 80-minutes.

It gave Dundalk victory, while Conroy added the extras to put some gloss on a very satisfying afternoon's work. Suddenly, the table looks a whole lot better with Ashbourne to come in January.