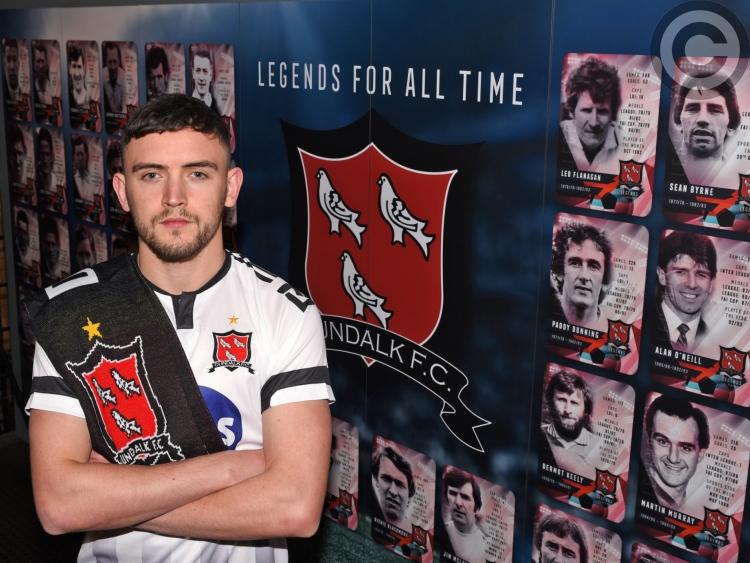 His own future may remain undecided, but Patrick McEleney played a major role in Dean Jarvis’ decision to sign with Dundalk FC.

Jarvis, a 25-year-old left-back, signed a two-year deal with the Lilywhites on Friday to end a five-season association with Derry City and the Northern Irish U21 international admits there was some input into his decision from his former team mates, and close friends, McEleney and Michael Duffy.

Speaking on the factors which influenced his decision to move to Oriel Park, Jarvis told The Dundalk Democrat: “Me and the two boys (Patrick McEleney and Michael Duffy) would be good friends off the field and they were telling me that the club is brilliantly run and that it’s a great wee town, one that I would enjoy if I came down. They were another aspect of me deciding to sign.

“It was near the end of the season when I was chatting to Patrick and he was saying ‘what do you think about coming down’ or ‘would it be something that would interest you?’

“Dundalk have been one of the top teams this last number of years. They have been winning titles and winning cups. I haven’t won much myself in that respect so that’s what I’m pushing on to do. I’m at that stage in my career, I’m 25 and I’m hoping in the next couple of years where I’m in my prime to have stuff to look back on when I retire,” he added.

Jarvis felt he needed a fresh challenge as well, and what a challenge awaits him with Dane Massey the club’s current left-back. It’s a contest the Foylesider is relishing, though.

“Dane has been brilliant and one of the top players, top defenders in the league,” Jarvis said.

“But, I felt at Derry that I was missing a bit of competition at times. The competition is healthy now and that’s obviously going to help me to push on, if there’s somebody whose so good in front of me at the minute. I’ll have to raise my game even more to get the spot.”