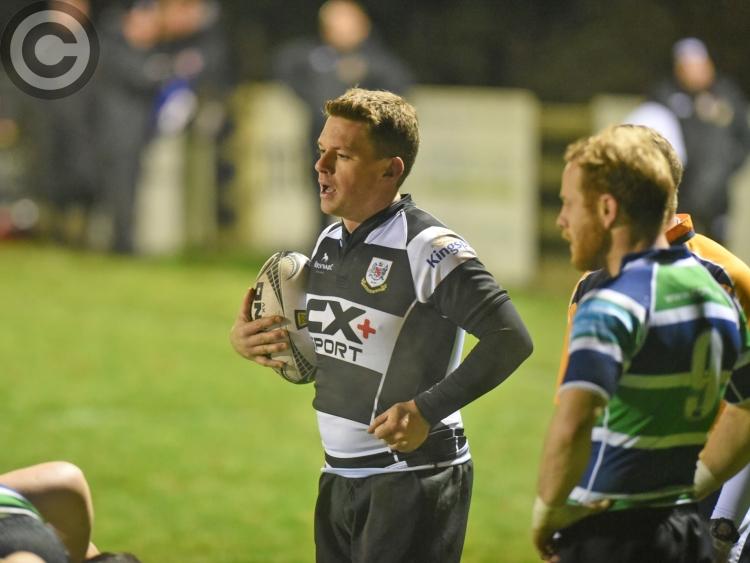 Dundalk RFC player/coach Mike Walls hailed his side’s performance in the 30-5 victory over Gorey RFC on Saturday as “complete”.

Walls was one of four try-scorers as the Mill Road kept up the heat on league leaders Asbourne and the scrum-half sees the defensive qualities of his side continuing to improve.

“I think it was our most complete performance of the season,” Walls told The Dundalk Democrat.

“I think you’re starting to see us play like a team. You’re not going to attack for the whole game so we’re trying to drill into lads that if we’re comfortable without the ball, then we’ll become a very good team.

“Tonight, they (Gorey RFC) didn’t have to work too hard to get their score, but for the rest of the game our defence was excellent, composed and there was a high work rate, and if you can do that against teams and force them to go through the phases to score, then things become a lot easier when you have the ball.

“At the start of the year, we were giving away a lot of soft scores and then you have to score two to get back on top,” he added.

Dundalk were particularly impressive early on and registered 11-points inside the opening quarter to wrestle firm control. And Walls says that starting strong is something they strive towards.

“It was a really good, high tempo start. We have done 20-minutes fitness work every Tuesday night since the start of the year so we always want to use that at the start of each game to get off to a good start and I was happy with the start tonight.

“The scrum and line-out are going really well and I’d have to thank Niall Smullen for coming in and really putting a shape on the forward pack. He’s been great with them and everyone knows, you can’t win a game without a forward pack because if you’re on the back foot from the first ruck then it’s very hard, you need special plays to get in behind so we focus on getting over the gain line early on and then we can play,” Walls added.