Adrian Reid on why he's retired from Louth GAA duty 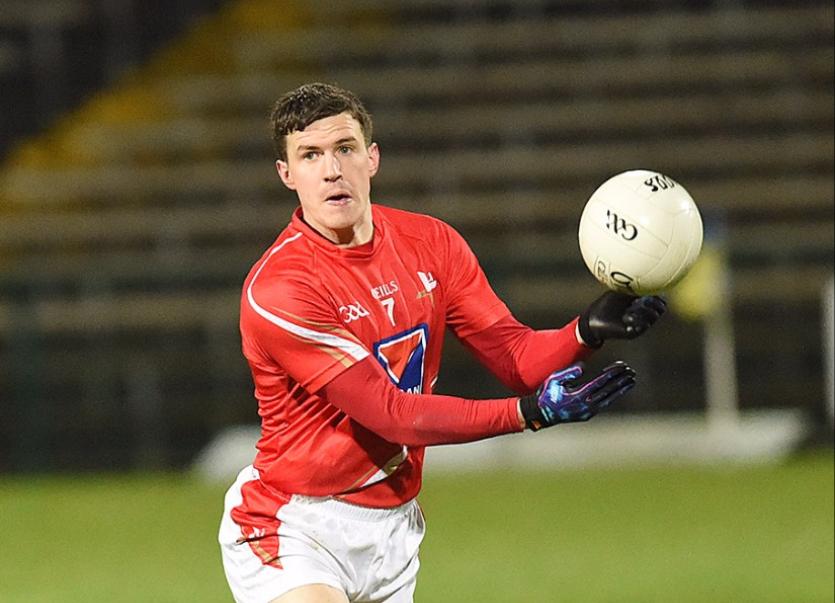 Former Louth captain Adrian Reid called time on his distinguished inter-county career over the weekend in an exclusive interview with the Dundalk Democrat.

In his lengthy conversation with Dan Bannon, he discussed his thought process behind stepping away, before reflecting on both his career and future.

Adrian made his debut in 2008, having been called into the squad in 2007 by Eamonn McEneaney, and ever since then he’s been a constant in the red jersey.

His swashbuckling style won over his critics and earned himself a reputation for never failing to give his all. Indeed, this inner drive that allowed him to make over one hundred appearances for his county ironically played a part in his decision to call it a day.

“Physically, I don't feel like I'm able to train at that level anymore,” he said.

“I would have been going into my twelfth season with Louth at this stage and injuries are a big part of it. The demands are four or five nights a week and it's intense training. I just don't feel my body is able for it. I've been carrying an Achilles injury this last three or four years and I had an operation on my wrist last year. Both of those are factors in my decision.

"I've family commitments too. I've a little girl, Aoibhe  and my wife Jennifer is due imminently, so I guess that there will more pressure with two kids now and work commitments on top of that. As time goes on you get busier with work you get more responsibilities and priorities kind of change over time. It is a combination of all those things that made me make that decision," Reid added.

With new Louth manager Pete McGrath entering the fray, Reid might have been tempted to stay on, such was the classy manner in which the Down man handled his departure.

“I was chatting to Pete, though I didn't feel like I needed to tell him (I was retiring) as he was a new manager coming in. It would be different if it was the existing manger in charge. I would definitely feel the need to have reached out to that manager.

“In the case of Pete, there was contact made to the whole team and I was part of that conversation. I actually just rang Pete and told him the situation and in fairness to him, he was sound in how he dealt with it.

“He said he had heard from different sources that I wasn't planning on moving forward with the team, but he didn't want to be the person making that decision for me so I appreciated that and I think a lot of him as a manager. His record speaks for itself and I'm sure he'll do pretty well with Louth next year," he added.

Adrian’s late father, Damien, passed away in 2008 and sadly he didn’t get the chance to see his son blossom in the Wee County jersey he also wore in an acclaimed career.

“Absolutely, definitely, he would have been proud,” Adrian acknowledged.

But the tradition of playing with the county team is something deeply embedded in the Reid clan. Adrian's uncle, Seán, and cousins Maria and Niamh Reid, and Alan Kirk, also lined out for Louth.

While he also played in red alongside his elder brother David, a well-known player in his own right. And the brothers uniquely contributed to their fine family tradition against Tipperary in a 2009 qualifier match. It was a match where they both featured on either wing at the Gaelic Grounds. It's a nice memory for the family, but especially for their mother, Sally.

“To play with my brother for Louth is a nice personal achievement. I would never have any reservations in saying that he was always a better footballer than I was, things probably didn't work out for him with the county as much. But, of course, it's a nice thing to say you've played county level with your brother," he quipped.

Conversation then progressed to 2010, as will forever be the case with any starting member of that infamous Leinster final team. Coincidentally, Andy McDonnell now remains as the only surviving panel member of the starting XV from that date with Meath.

Though, somewhat surprisingly, the 2010 debacle is an itch he has no problem scratching. The game itself went well for Reid. He scored a memorable point into 'the Hill' with his trademark dummy solo and despite the drama at the death, his overwhelming memories of that summer are surprisingly positive.

But, then again, that’s Adrian all over. He sees the good in everything.

“Fond, nothing but fond,” he says with a wry smile.

“It is funny when you look back on your career and it has always been that summer which was a special summer because a small county like Louth, who is starved of success, to go on a run in the Leinster Championship, to build up a team spirit, that was very hard to do.

"But to get that momentum,” he continues. “There was something in the air about that summer. It was one of the most enjoyable years I've had with Louth. Whatever way things turned out at the end, I still look back as the best year we've had as a county.”

In the remaining seven years to ensue, Adrian kept his shoulder to the wheel and bridged a heavy transition in those following seasons by becoming Louth captain, and a successful one at that, winning the Division Four League before reaching this season's Third Division decider.

“Starting off as 21-year-old, it's never something that even crosses your mind, to captain Louth. It's always about being the best that you can be for Louth and making sure you are ready for games. I suppose when Colin (Kelly) came in and gave me the opportunity to captain my county, it was special and it's definitely something I am proud to have done for sure.”

He’ll also goes back to where it all began and where his heart has been all along; a devoted Louth man to the core. He'll be watching and cheering the reds on from the terraces, both home and away.

“Yes, absolutely,” he enthused with wide eyes of toddler.

“I've already booked a hotel for Cork in February so I definitely see myself as a Louth supporter in the future. I probably gave out that the Louth team aren't supported well enough and that we don't have the support base we deserve, so I don't want to be the hypocrite who doesn't bother going to games now that I’ve stopped playing myself," he added.