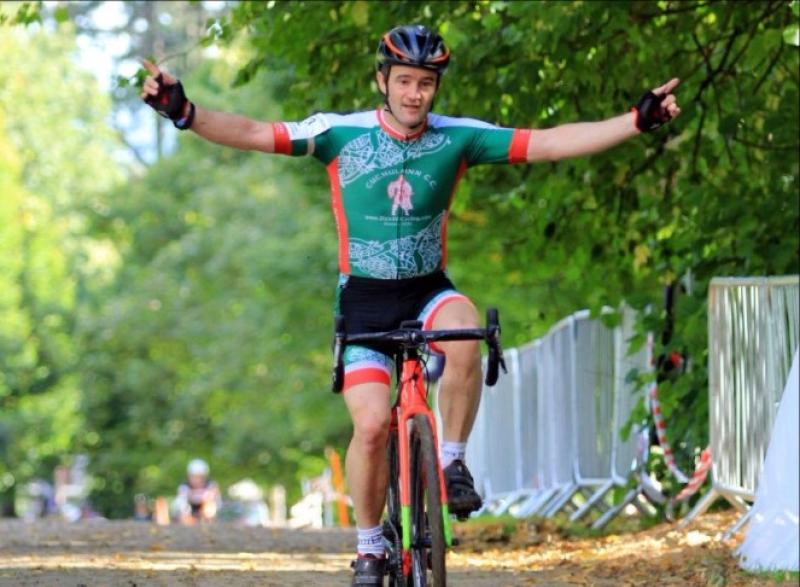 As the temperature drops and rain falls, the country's Cyclo-Cross season is in full swing with a number of leagues going on across the country. Cuchulainn were battling in two provincial leagues over the weekend, claiming podium places both sides of the border.

On Sunday, Alan Bingham was racing in Larne in round seven of the Ulster Cyclo-Cross League. The eight-lap race was a muddy, cold and windy affair. But, Bingham has been consistently getting top 10 results all season and this was his breakout performance as he claimed third place, only 20 seconds off of the runner-up.

His result was built on a rapid first lap that saw him take the lead early in the race. As the laps wore on, he was involved in a three-way battle with league leader and Irish International racer Glen Kinning and Graham Boyd. Eventually the younger, more experienced, riders managed to get past Bingham in the closing stages, however, the Cuchulainn man had the added bonus of claiming the first vet's prize. David Duffy and Mark Byrne were also in the race and posted solid mid-pack finishes.

Meanwhile in the Navan Cyclo-Cross League, Cuchulainn had a large turn out, with Ray Fedigan, Karl Dolan, Gerry Kenny, Arron McCann, Stuart Holden and Paul Dagg all involved. In the B race, Aaron McCann had a storming race and was leading before disaster struck in the form of a puncture. A bike change did get him back in the running and he managed to battle his way back up to third position before running out of road. Behind him, Paul Dagg also posted a top 10, finishing in seventh place. In the A race, Ray OShaughnessey had a top 10 finish, with PJ Hynes and Johnny McCabe not far behind.

The Bike Station Cyclo-Cross league has reached it's final two rounds and league leader, junior rider, Lee Harvey, of Kinning Cycles, looks all but certain to take the title. He has a 12-point lead over Cuchulainn's Johnny McCabe and if McCabe was to win both remaining rounds, with Harvey picking up no points, it would end a draw.

The league has been a huge success and has been instrumental in Cuchulainn's riders developing into a strong force on the off-road scene. The track is also being used to develop the next phase of racers with the underage riders taking to the course every Monday night. Close to 30 children have been honing their skills under the watchful eyes of the coaches and the flood lights.