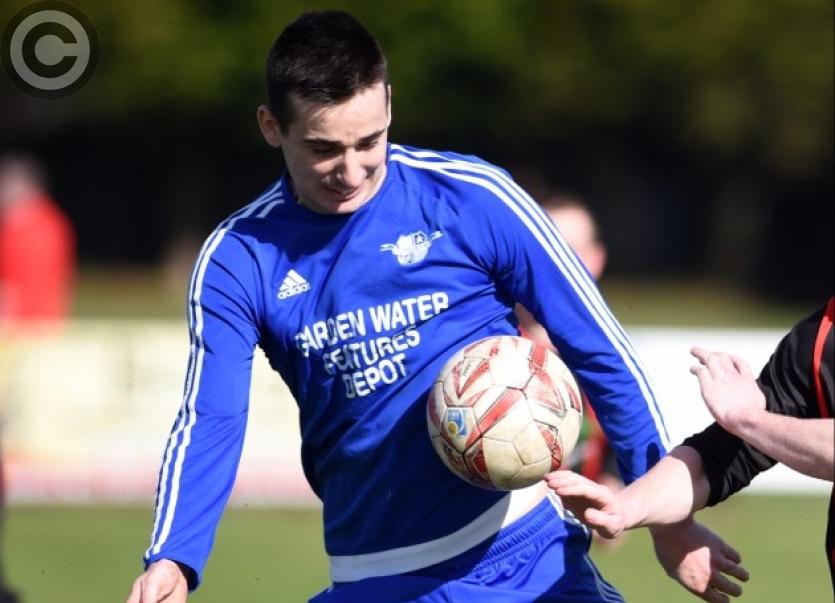 Usher Celtic ended Muirhevna Mor's interest in the FAI Junior Cup on Sunday afternoon as the AUL side left Dundalk with a 3-1 win.

Billy Smith scored the Blues' goal - a first-half equaliser - and they could have struck more had they illustrated the clinical nature of the visitors in front of goal.

In the end, two second-half goals proved their downfall as the NEFL champions' three round run in the competition came to an end, as too did their hopes of reaching the Aviva Stadium.

They started the contest the better of the sides, with their high tempo causing Usher plenty of problems. But the Dubliners showed their edge to take the lead before the end of the opening-quarter when they worked their way through the home side's rear-guard before dispatching past the advancing Michael Cooney.

Undeterred, 'Mor got back on level terms when attackers Tiarnan Mulvenna and Smith combined. Former Dundalk forward Mulvenna provided the delivery for the latter to nod a looping effort over the head of the Usher custodian and to the net.

Level at the break, Seán Maguire's side found the going a lot tougher in the second-half and went behind once more shortly into the second-half. And, while they threw more into attack towards the finish, going closest through Smith, they were forced to finish with 10 men following an injury to Thomas McShane which forced the midfielder off.

A third goal followed for Usher as the game neared its conclusion, a strike which ensured Mor's Lansdowne Road dreams were chilled for another season at least.