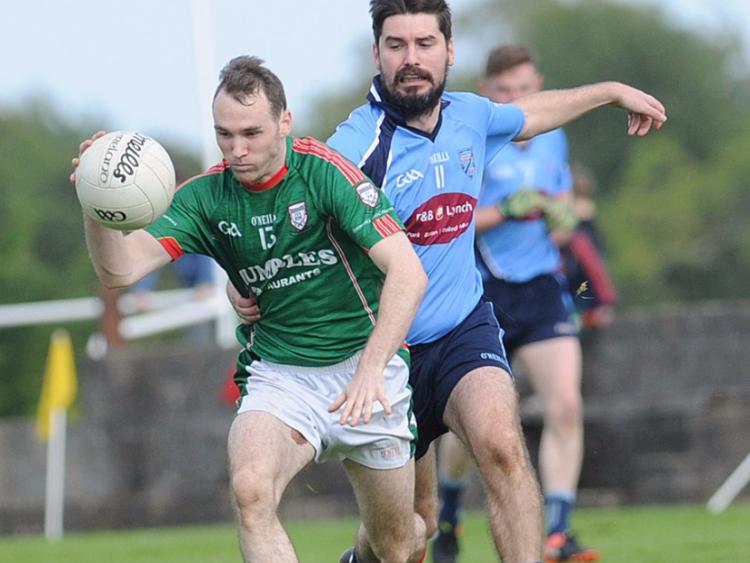 A place in the Leinster Junior Club Football Championship semi-final is the prize for the winner of this afternoon's clash between Louth champions Glen Emmets and Meath Hill (Meath) at the Gaelic Grounds. Throw: 1:30pm.

Kevin Barry's side secured their passage to the last-eight with a comfortable victory over Conahy Shamrocks of Kilkenny in the last round courtesy of a fine team performance.

Once again, JFC final Man of the Match James Butler and midfielder Ronan Grufferty were to the fore in the victory, scoring four-points apiece, while Damien Grimes registered a goal.

Emmets' attack has been potent throughout their run to the championship title in Louth, while their defence has grown in strength, despite the loss of captain Tom Grimes to a wrist injury in their final victory over Glyde Rangers.

Opponents Meath Hill, who used to be managed by St. Bride's manager David Reilly, claimed the Meath Junior Football Championship title for the third time in their history with victory over Moylagh - 1-12 to 0-9 - in the decider two-weeks' ago.

The north-Meath men will fancy their chances of prevailing at the Gaelic Grounds, however, Emmets are like a juggarnaut at present. They just seem to handle whatever challenges are posed. From their two semi-final clashes with Lannléire in desperate weather conditions to winning the junior final against the odds and under the sun of Castlebellingham, they have proven themselves to be able to adapt to whatever the conditions present.

Having effectively been given home advanatge - playing twice at the Gaelic Grounds en route to their Christy Bellew triumph - Emmets will fancy their chances, particularly if Butler can find his range.