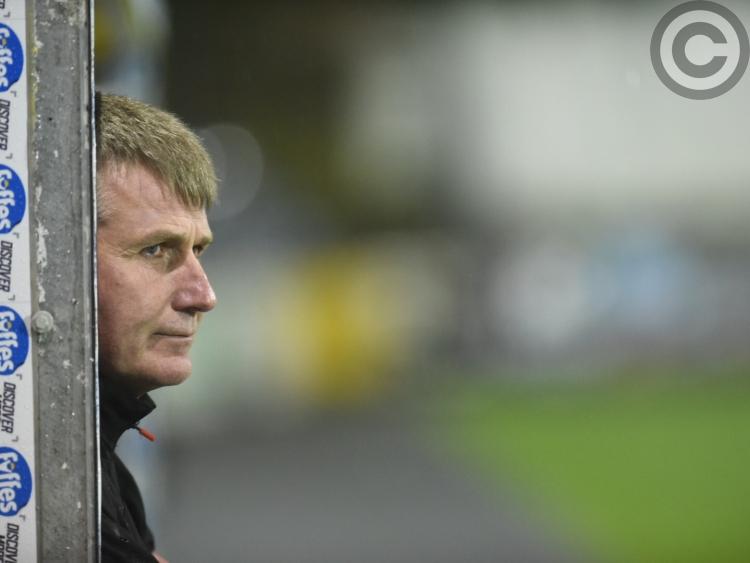 Dundalk fell to their fourth home league defeat of the campaign at Oriel Park tonight, going down to Ismahil Akinade's first-half strike.

The Lilywhites were left feeling aggrieved, though, having seen penalty claims waved away in the second-half. Firstly when Seán Gannon's flicked effort appeared to be handled by Bohs captain Derek Pender as the ball headed goalwards, while in added-time Chris Shields looked to have been bundled over by Jamie Hamilton.

But, on both occasions, referee Derek Tomney waved the claims away. The official departed the pitch to loud jeers from the home support.

The winning goal came on 44 minutes when Akinade flashed an effort past Gary Rogers from 25-yards. While it wasn't entirely undeserved, considering Bohs had the better of the first-half chances, the goal came out of nothing, and just as the match looked destined to go to the break scoreless.

Corcoran stung the hands of Rogers as early as the third-minute, before scooping two efforts over the top as the opening half progressed. However, Dundalk's Jamie McGrath produced the most spectacular effort of the first-period when shooting thunderously against the upright from fully 35-yards.

David McMillan also had the ball in the net, following in after Shane Supple had parried Robbie Benson's shot back into play, though, the assistant referee adjudged the attacker - still chasing the golden boot - to have been in an offside position.

Gannon's penalty claim came prior to Bohs missing the clearest-cut opening of the second-half. A breakaway down the left saw Akinade transfer to Corcoran, but from inside the six-yard box Corcoran's shot was saved well by Rogers.

Dundalk got on top for the final half-hour, however, despite repeated attacks, they were unable to find a way past Supple as the official's decision-making only heightened their frustration at the finish.