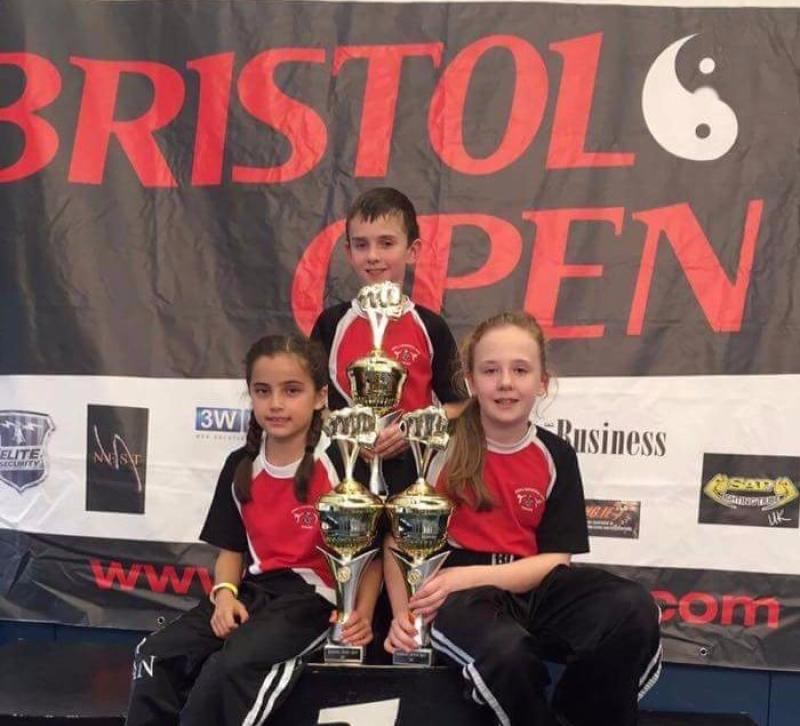 His elder sister, Lisa, fought in the U10-15 girls championships, claiming gold in the -45kg point fighting category.

Many teams would have settled for eight medals, but not team Cobra Kan as Liam and Meadhbh joined forces to take gold in the U9 tag team competition.

The three fighters returned home on Tuesday night with their haul of silverware almost requiring a case of its own and were greeted with delight and applause by their coach and club founder Patricia McQuillan, along with the remainder of their fellow students.

The latest successes add to what has already been an extremely successful year for the club, who are very proud of these three young students that fought so well and represented their club and country.